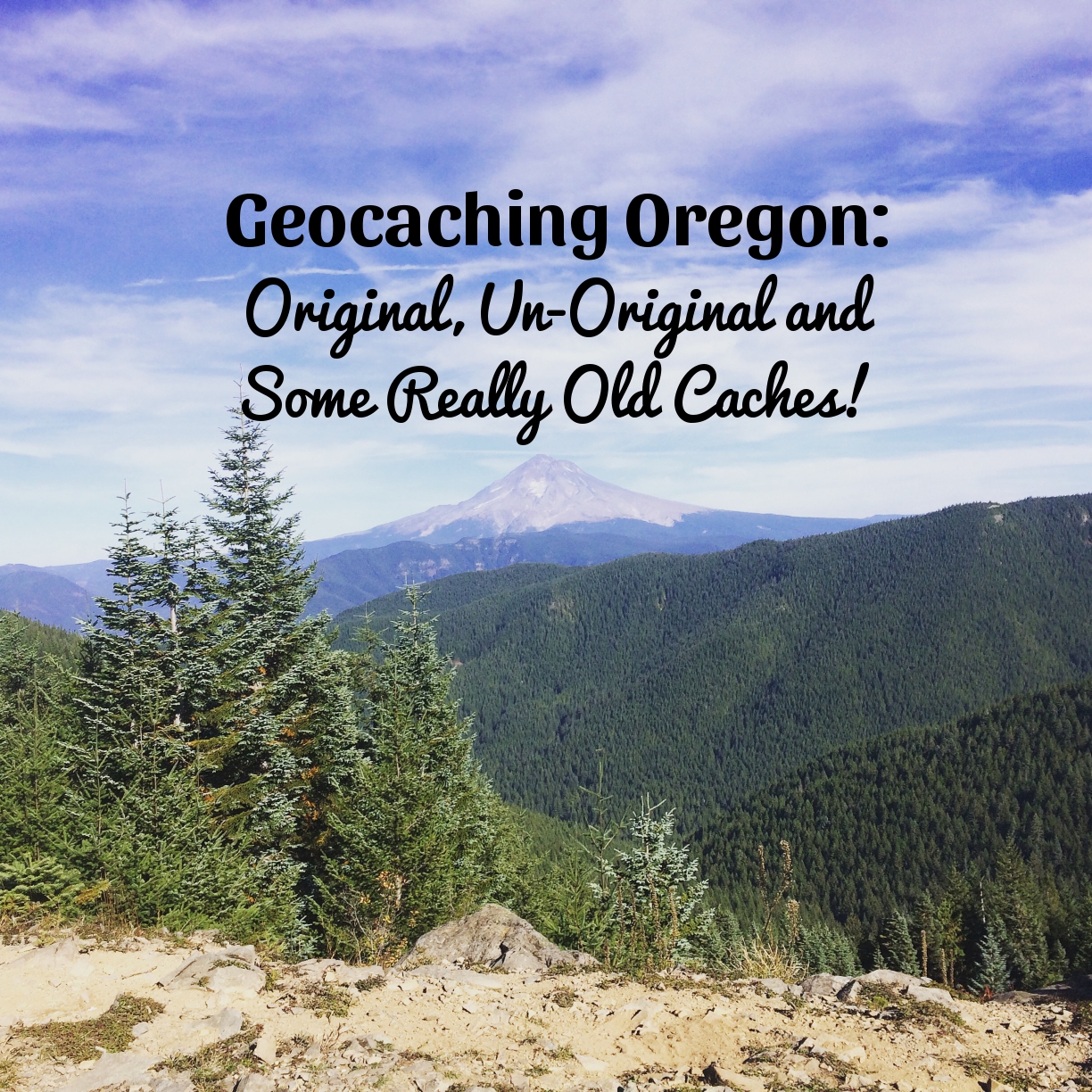 In January this year, I decided to plan a trip to the States for my annual October holiday. I have friends – Brad and Dayna – who live in Oregon and I had been thinking about a trip there for a while, so Portland was to be my first stop. As a happy coincidence, I discovered that the Original Stash had been hidden in Beavercreek, not far from Portland. I informed Brad and Dayna that this third of the Geocaching Triad was very close to where they live and enquired whether they would be interested in going with me to find it. The answer was a resounding yes and so the planning began!

Since Brad and Dayna are fans of hiking, it didn’t take much convincing for them to go with me to Wildcat Mountain to look for GC12 and GC17. I had decided on a route to go from the most suitable parking spot we could find to GC17 first, and then back down and to GC12. Since GC17 was the more significant hike, I figured we would get that done first.

The hike to GC17 wasn’t easy but oh boy, was it worth for those spectacular views of Mount Hood! We had the most fantastic weather for the hike and it really was pretty as a picture to see the volcano from our vantage point 1,251m up.

We all got very distracted by the views, but I soon remembered the main goal: to find the cache! The hint had me confused but the coordinates were spot on and I soon spied it. It was fun to look through the logbook – only a few days before me, Tipsy1 from Belgium had signed the log – I met her at one of my events last year, small world! I also spotted the signatures of my Irish caching friends, Blue Jay and Toffeeman, from their trip to Oregon last year.

We started heading back down the McIntyre Ridge Trail to find the Douglas Trail and the way to GC12. When we reached the trailhead, we had to make a decision on whether or not we had enough time to get to the cache and back to the car before we ran out of daylight. I was reluctant to force muggles in to a potentially risky situation (it’s not called Wildcat Mountain for nothing you know!), but they were game so off we set.

We went down and down and down….. and all the while I was thinking, “how the hell am I going to get back up this mountain and to the car without collapsing??” Getting to GZ was the easiest part, the next easiest part was finding the very unassuming cache (Brad made the find!) – no nice views here but the history of the cache was the impressive part: it was placed on 12th May, 2000 – just 9 days after the Original Stash was hidden. The most difficult part was hiking back up the way we had come – one of the hardest climbs I’ve ever done! We definitely did it the hard way!

By the time we were nearing the car, the sun was setting and I conceded that we probably wouldn’t be able to go look for the Original Stash Tribute Plaque – but again, Brad and Dayna were willing participants. Brad suggested we give it a go and if we couldn’t find it in the dark, I could always come back tomorrow. I really do have fantastic friends 🙂

We set off from Wildcat Mountain in the pitch dark and headed for Beavercreek to look for the Original Stash Tribute Plaque. My fears of not finding it in the dark turned out to be completely unfounded: the plaque is right by the roadside and there’s room for about five cars to pull in. And it’s not just a plaque – there’s an ammo can to find and sign the logbook a few metres away. An extra surprise was the souvenir I earned for finding it!

After a long day of hiking, I thought a lie-down beside this third of the Geocaching Triad was well justified. Photographic evidence was taken with iPhone torches lighting me, Gavin the Travel Ddraig and the plaque up!

Last geo-stop of the day was 45 metres up a small bank from the plaque to find the Un-Original Stash – also easily found in the dark; so easy it was located by a muggle (Brad again!) while I faffed around the wrong tree trunk 😉

A long day with only 4 caches found but they were so worth all the effort. I did lots more caching around Portland too but more of that in a future blog post – this is just the first installment of my posts about my US trip!