Having been to New York City a few times, I had visited Central Park on almost every occasion but always stayed in the southern part. It turns out I was limiting myself to just a quarter of what this amazing place has to offer. Thanks to my other passion, geocaching, this time, I got to do a tour of the park from top to bottom! 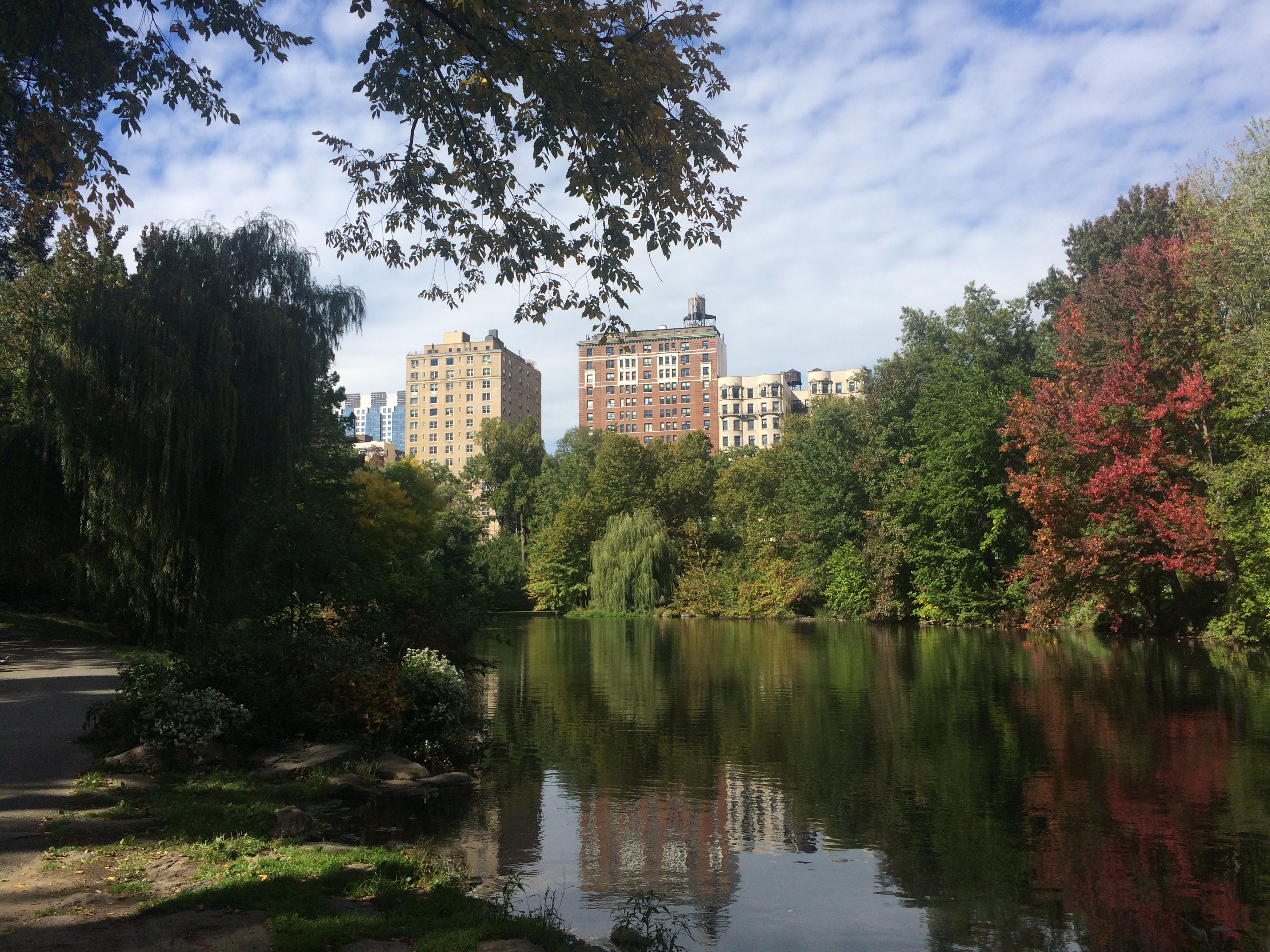 There is so much more to Central Park than that little bit closest to 59th Street. It’s absolutely huge, covering 843 acres, so seeing it all is not exactly, well, a walk in the park (sorry). We visited three days in a row, for two to three hours each time and I have no doubt there are many more hidden gems I have yet to discover. 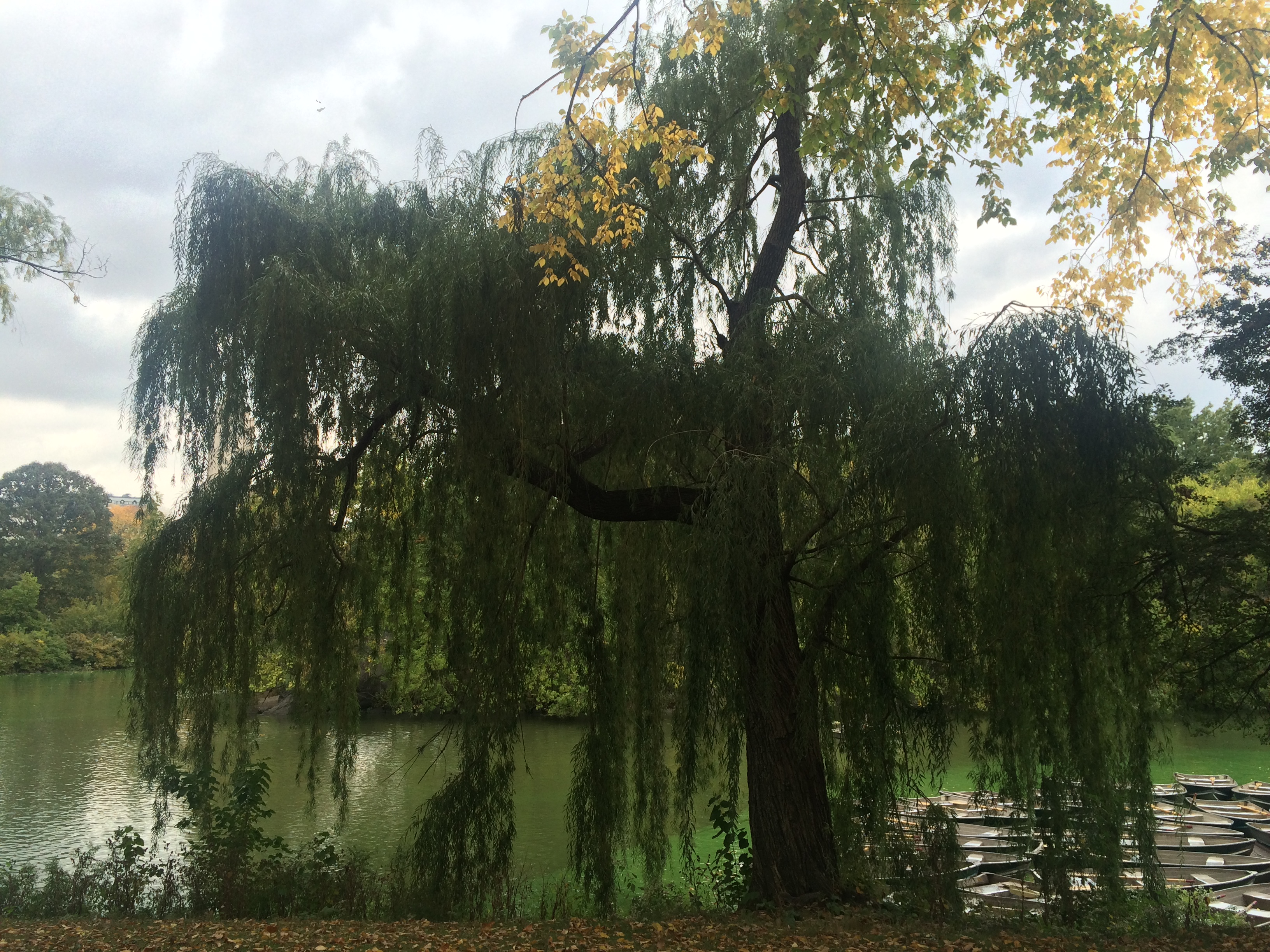 Below are 10 magical spots in Central Park that were all new to me until my latest visit there and each one is definitely worth a look. I have listed them north to south, if you wanted to do them in one day (but that would be a lot of walking!). We started at the northwest corner, at the Cathedral Parkway subway station (line 1 will get you there). 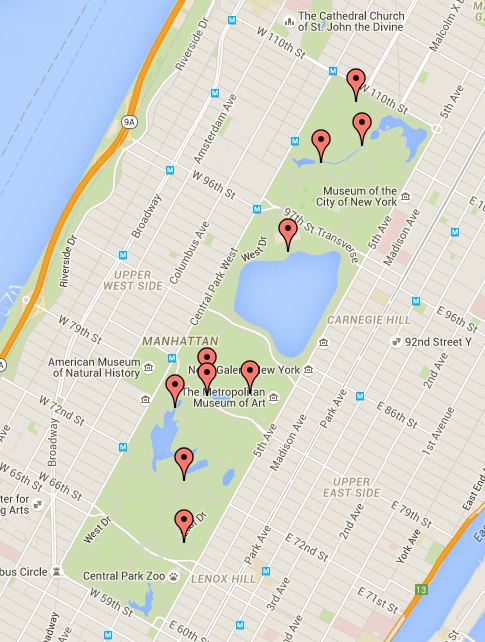 This small fortification is located in a wooded area and is Central Park’s oldest building. Sitting on a rocky outcrop with a good view to the surrounding flat areas, construction of the fort was completed in 1814. The blockhouse is the last remaining fort of many that were built in the area and occupied by soldiers in preparation for an expected British attack on New York City, which ultimately did not happen, leaving the building abandoned almost overnight. 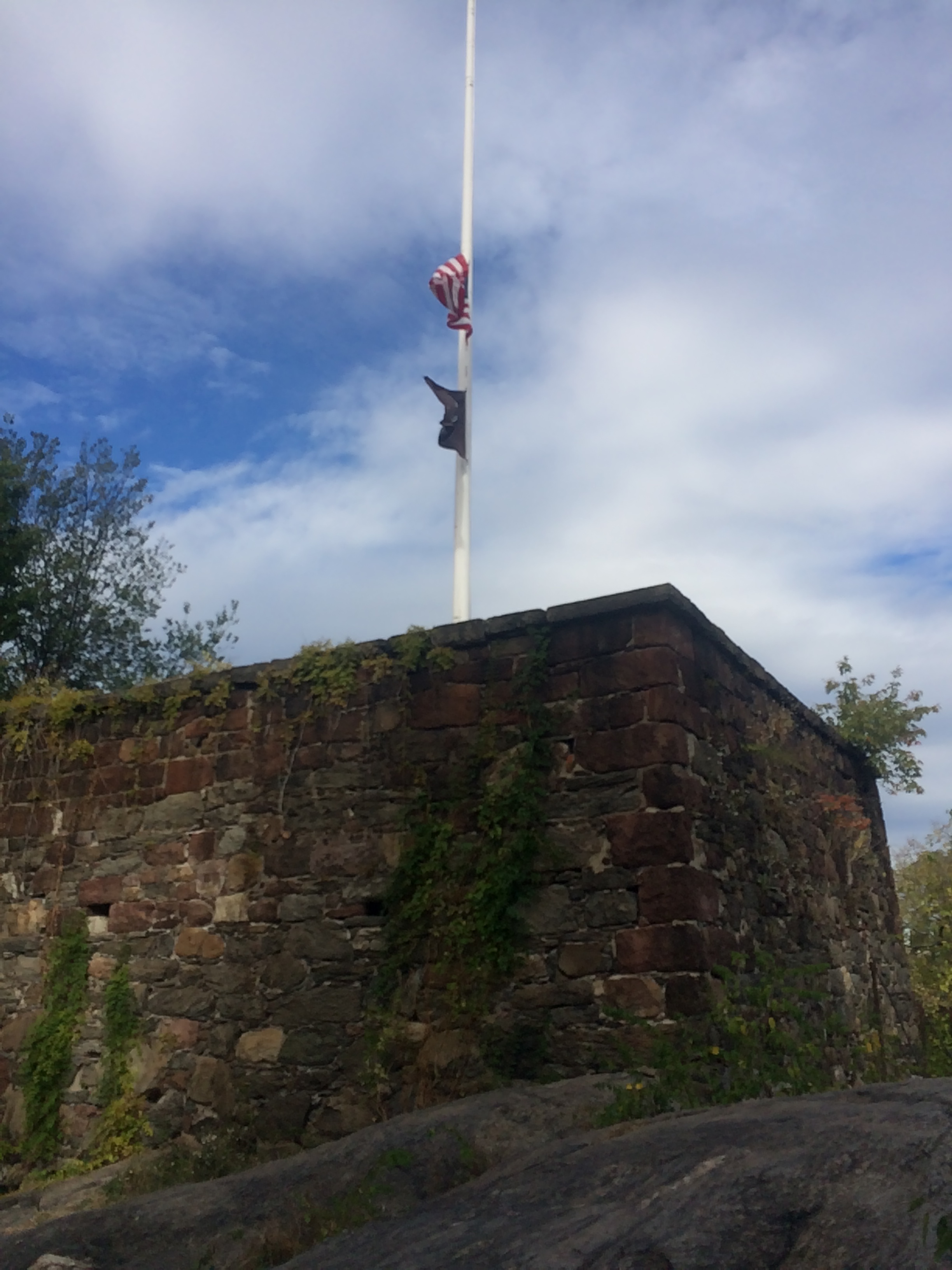 In 1999, a new plaque was installed at the site but it went missing in 2003 so if you stumble across the building by chance, you are likely to not have a clue what it is (as we didn’t!). There is now a POW flag flying in the locked up ruin. 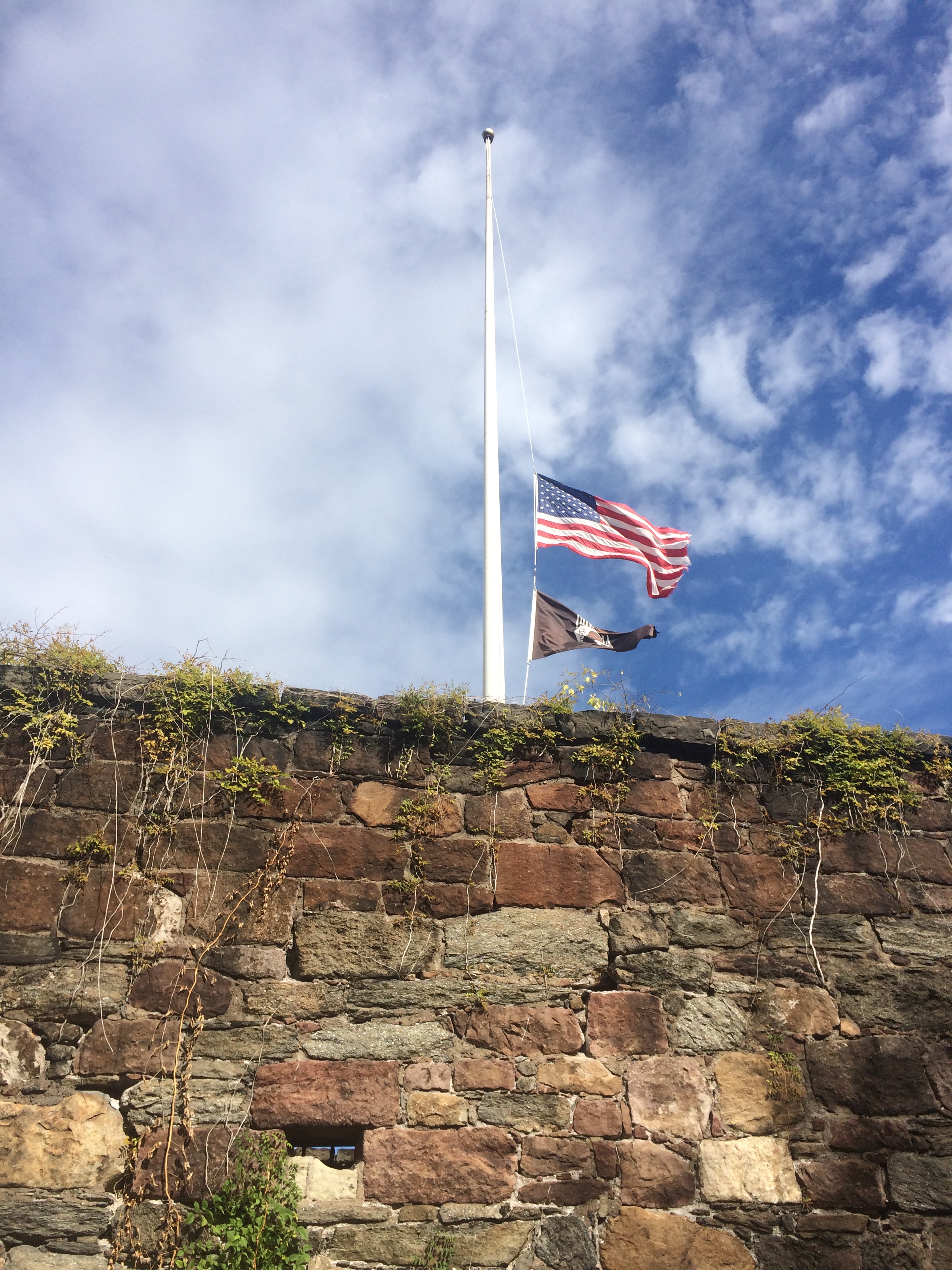 The Ravine is the only stream valley in the park and is located in the North Woods, where we spotted a black squirrel (this was way too exciting!) and a seemingly endless number of chipmunks. The woods are an oasis of calm – you can easily forget that you are in the city that never sleeps.

Make your way to Huddlestone Arch, at the southwestern end of the Loch (the stream running through the Ravine), take a seat on a rock and listen to the gush of the small waterfall while watching the busy chipmunks running around. 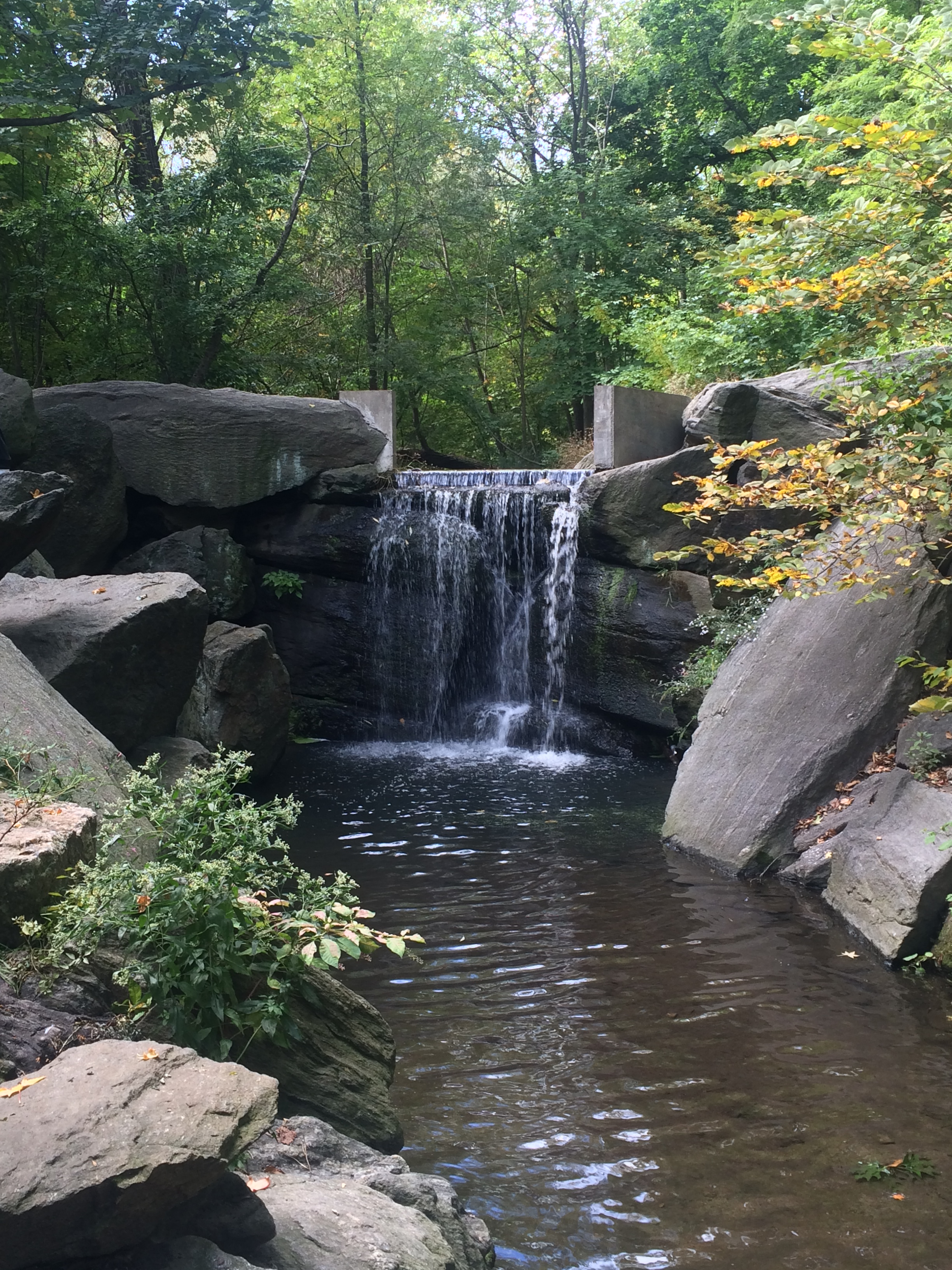 3. The Loch and Glen Span

Glen Span Arch is located at the southern end of the Loch. A stroll from Huddlestone Arch along the Loch Walking Path is very peaceful and full of wildlife to spot. The arch is rugged in appearance and sunken into the landscape, much like Huddlestone.

The park has 22 arches in total, dotted all over the landscape, many dating back to the late 19th century.

The park also has 11 bridges, each one unique. The Gothic Bridge is one of three cast iron bridges around the Jacqueline Kennedy Onassis Reservoir, and is by far one of the most distinctive bridges in the park. You might also recognise the location from movies including Anything Else and Enchanted.

The reservoir covers 106 acres of the park and boasts its own geyser. The views as you walk alongside the water are impressive and you can see a wide variety of waterbirds – 20 different species in all.

The Obelisk stands 21 metres high close to the Metropolitan Museum of Art. It is the oldest outdoor monument in New York City, dating from 1450BC and brought to New York in 1880, before being turned upright in 1881. Nicknamed Cleopatra’s Needle, it is half of a set; its twin is located along the banks of the River Thames in London.

The monument is a perfect example of the eclectic nature of the sights to be seen in Central Park and is definitely a must-visit location. 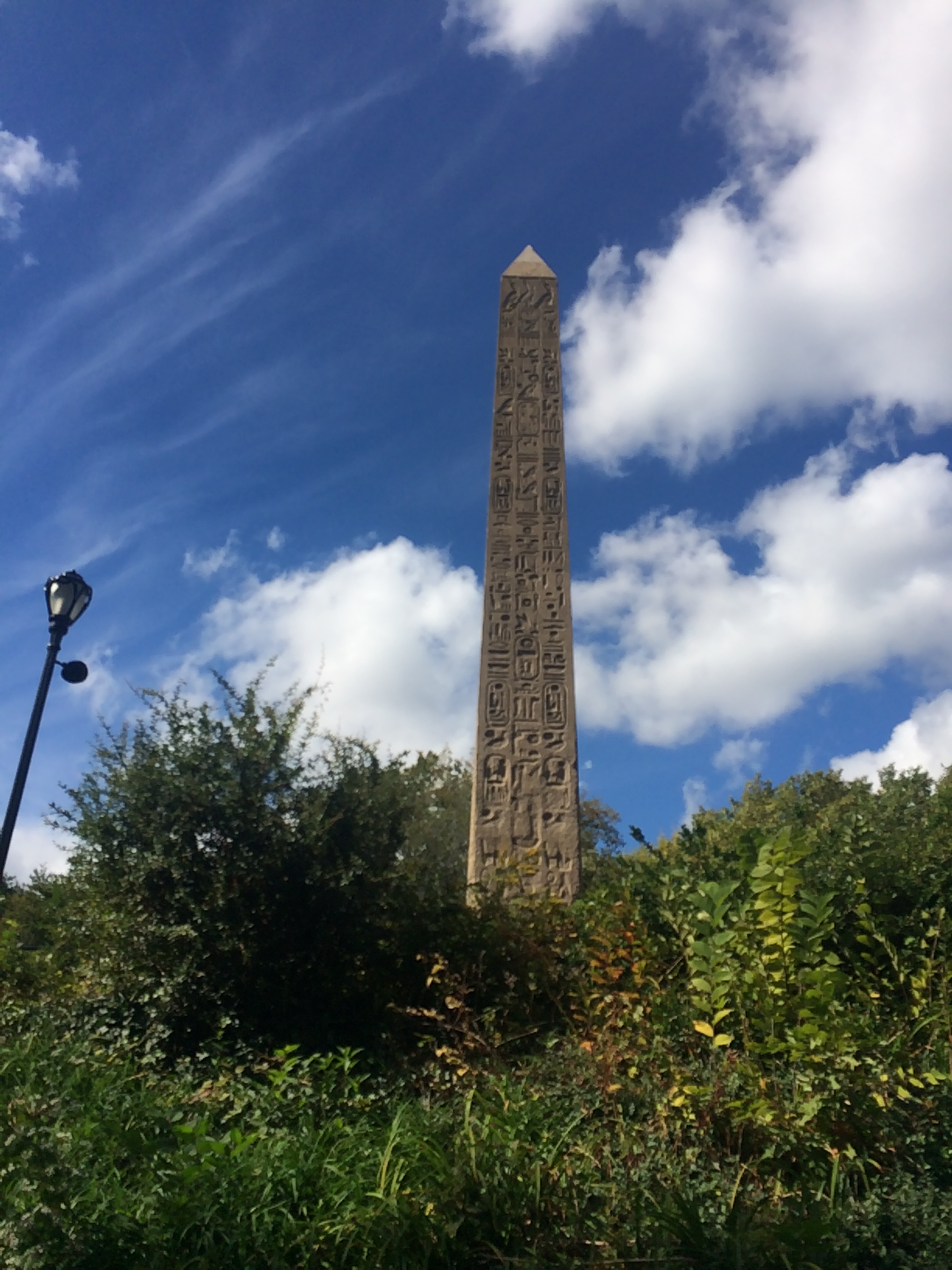 6. Romeo & Juliet and The Tempest

The Delacorte Theater is perhaps best known for the free summer productions of Shakespeare’s plays performed by The Public Theater. You have to wait in line on the day of the show you want to see but hey, it’s free! Free Shakespeare in the Park is definitely on my to-do list for the next time I visit NYC in the summer!

If you’re not visiting in the summer, a walk around the outside of the theatre will uncover two amazing life-sized sculptures representing some of Shakespeare’s best known works: Romeo & Juliet and The Tempest.

The castle houses one of five visitor centres in the park, located on high ground and thereby affording great views of Manhattan.

The castle has been used as a location for numerous TV shows and movies, including, most recently, the 2011 movie The Smurfs. The area can be relatively crowded but the castle is worth a visit for the views alone.

The bridge, located at Bank Rock Bay, was recreated by Central Park Conservancy in 2009 using old photographs and sketches, having deteriorated drastically from the original construction, so what you see now is essentially a replica of the bridge built in the 19th century, with some original parts remaining.

The first incarnation of the bridge was entirely made from white oak, hence the name. Oak Bridge offers another great view of the famous Manhattan skyline.

Bethesda Terrace is undoubtedly a marvel of architecture, and was one of the first ever constructions in the park, completed in 1863. The upper terrace affords the visitor great views of the Lake and of course, the beautiful Bethesda Fountain. The entire terrace is made up of sandstone and the Conservancy employs a sandstone sculptor to care for all the intricate carvings.

The terrace is flanked by two grand staircases, leading to the lower level and the awe-inspiring Bethesda Fountain. The iconic statue atop the fountain is the work of Emma Stebbins, the first woman to receive a public commission for a major art work by the City of New York.

Both Bethesda Terrace and Fountain have been used as locations for various movies, including Elf, The Producers and The Avengers.

Balto was a Siberian husky who led a team of  sled dogs on the final leg of a journey from Nenana to Nome in Alaska, transporting potentially life-saving drugs to combat an outbreak of diphtheria in 1925.

Just ten months after Balto’s heroic efforts in bringing the much needed antitoxin to Nome, this bronze statue was erected in the park in his honour, with the star himself present at the unveiling. 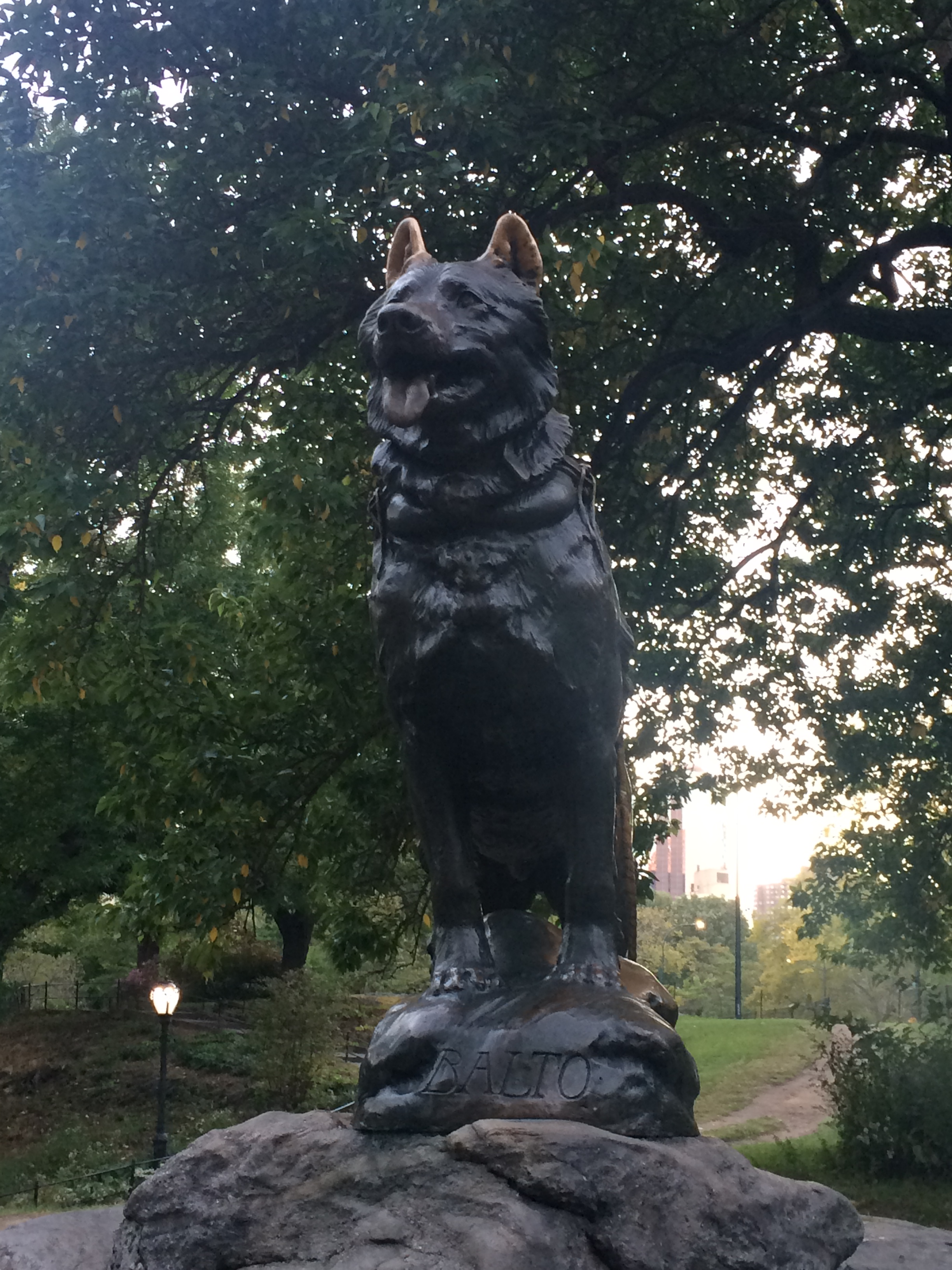 Balto was immortalised in the 1995 movie of the same name and has consistently attracted many visitors, especially children, who can frequently be seen sitting astride the statue.

Our grand tour of Central Park took in many more sights than the ones I have listed but I chose these to show the varied mix of landmarks to be enjoyed in the park and of course, because these were some of my favourite spots!

What’s your favourite location in Central Park? Let me know in the comments 🙂