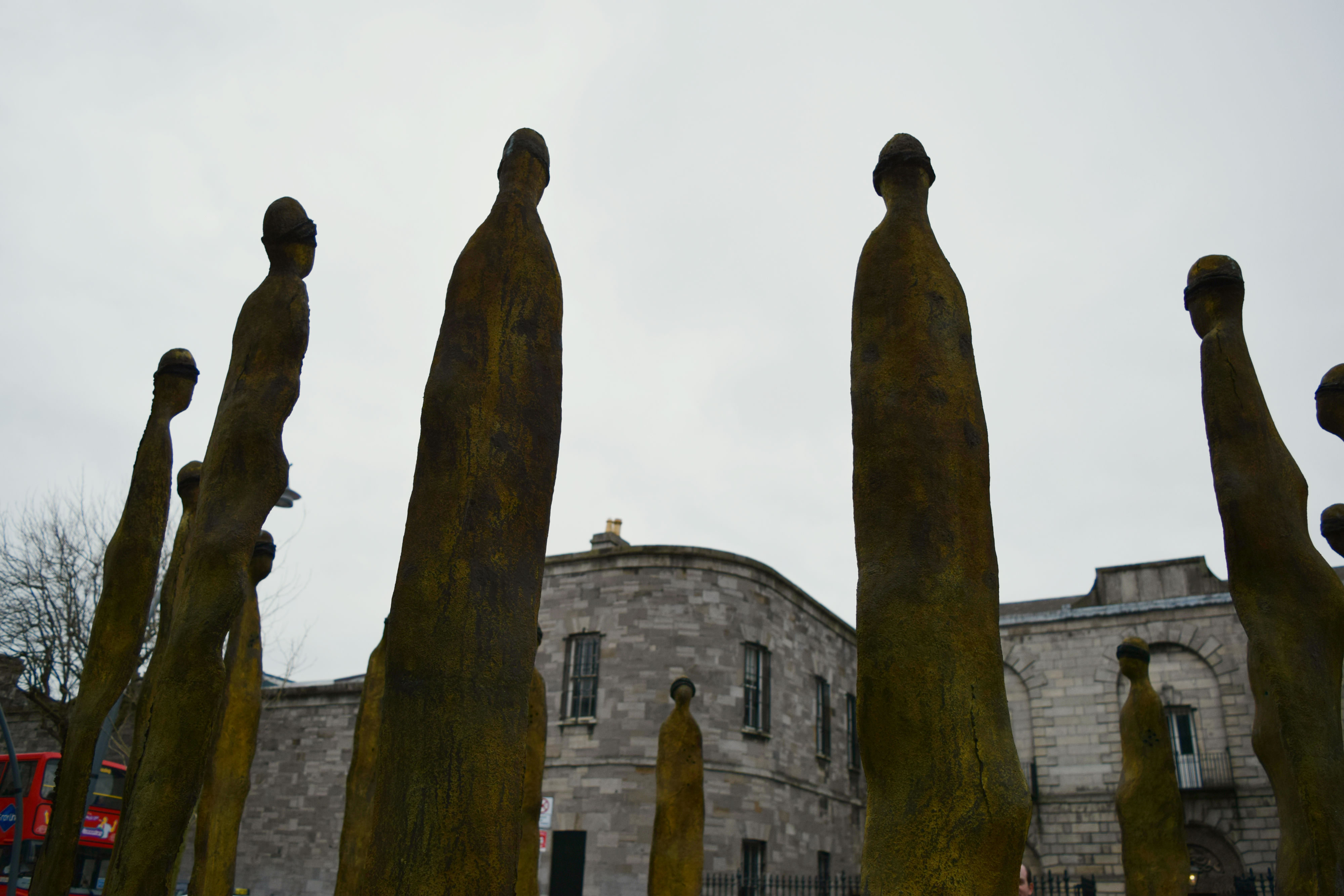 Reasons to go geocaching #2754: Blog research! Well, this was my excuse for a day of geocaching in Dublin City Centre last weekend. The coming Easter weekend marks 100 years since the Easter Rising in Ireland and I wanted to commemorate in my own way, by doing some of the fantastic 1916 themed caches in the capital.

For those that don’t know, the Easter Rising was an armed insurrection in Ireland during Easter week 1916, with the aim of ending British rule in Ireland and establishing an Irish Republic. While the rebellion ultimately failed, it marked a turning point in Irish Republicanism and laid the groundwork for the foundation of the Irish Free State in 1922.

On Saturday, I did three Easter Rising related geocaches in the city centre and thoroughly enjoyed them all! I think reading cache descriptions is fast becoming a dying art but one of my favourite things about geocaching is learning some history I didn’t know before. These caches were very informative.

This is a very nice 8 stage multi covering 5km of walking, highlighting the oft forgotten women of the 1916 Rising. Interestingly, the Irish Proclamation promised “religious and civil liberty, equal rights and equal opportunities to all its citizens”, which was very significant at the time, since under British law, women were not allowed to vote.

The cache highlights 8 locations that were significant for the women involved in the Rising. It’s very nicely laid out and well worth doing.

Lady who got airbushed from surrender 1916, GC6CXMF – Traditional by silver soldier

One of the best things about geocaching? Saying “huh, I didn’t know this was here!” The cache is hidden at a small park dedicated to Elizabeth O’Farrell, the lady who delivered the surrender note to Brigadier General Lowe of the British Army. I have driven past here many, many times and didn’t realise this little park was here.

This cache was originally hidden by Dublin geocaching legend, Hezekiah and is now managed by silver soldier. It highlights the very interesting history of Mount Street Bridge and one of the bloodiest battles of the Rising.

Slight disclaimer here, I had actually done the stages of this multi long ago but there was someone asleep at GZ that day so I just collected the final last weekend.

There are two other Dublin city geocaches directly related to 1916 that I will mention here too. The first is REBELLION, GC6BJG2 by silver soldier, which is a mystery cache, published on 22nd February and as of the date of publishing this blog post, still unfound. I tore much of my hair out over this puzzle. It really had my heart broken. I thought, “how great would it be to write this blog post and have gotten FTF on this cache?” Anyway, it was not to be. I’m not exactly the Riddler when it comes to mystery caches anyway, but silver soldier’s puzzles deserve a chapter of their own in my ‘Puzzles That Make Me Throw Things’ journal. If you can get inside his head, I’d love if you can tell me how!

The second cache is another of silver soldier‘s, the multi EASTER RISING 1916, GC52K1G. I found this one with The_Mother on Easter Monday 2014, the day after it was published. We were trying for FTF, but were beaten by about 10 minutes. Hey, it happens. Although the sting in the tail of this one was that it took us quite a few hours to go around the 11 stages, as they’re spread out all over the city.

Anyway, once my frustration at so narrowly missing out on this FTF had subsided, I could appreciate how great this multi is. It is a history lesson in and of itself and is well worth doing. I’ve heard that it’s enjoyable to do either by bicycle or to do a few stages at a time. We definitely did it the hard way, but then FTF is a serious subject!

Even if you never get to do these caches, it is well worth reading the descriptions as they are a mine of information about the Easter Rising.

Do you like historical caches? Let me know your favourites in the comments!

5 thoughts on “Easter Rising 1916: Remembering the Rebellion with Geocaches | The Geocaching Junkie”