I love geocoins. Can’t get enough of them. Just ask my credit card company. When I was a little kid, I collected various things: My Little Pony, Polly Pocket, Sylvanian Families and various other toys I can’t recall now. When I was a bit older, I started collecting Treasures of the Earth, a magazine about minerals and gemstones. Each issue came with a free mineral or precious stone. Perhaps that’s where my love for Earthcaching comes from. That particular collection is still gathering dust in my mother’s house. But I digress. The bottom line is, I have a penchant for collecting, so when I found an optical illusion geocoin in the third cache I ever found, I was intrigued and fascinated. My newest collection was soon born. 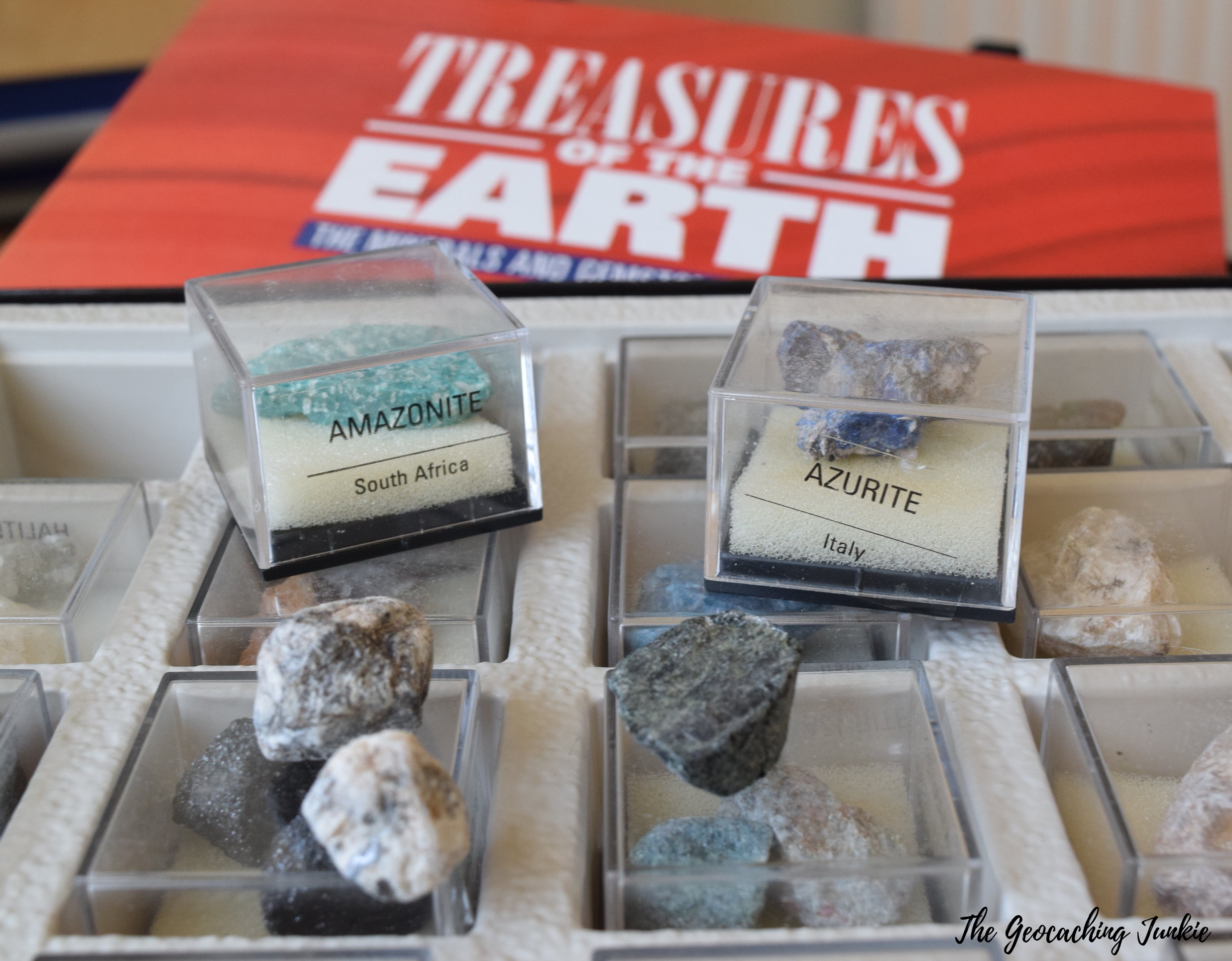 So where did the whole geocoin thing come from? If you’re a collector like me, you’ve undoubtedly heard of Moun10Bike. Described by the Geocaching Blog as the ‘Father of the Geocoin’, he placed the second geocoin ever created in Light House Point (GC126C) on 30th September 2001 (he kept the first geocoin he had minted for his own personal collection). You can read his found it log for that cache – his milestone 100 – here.

Moun10Bike took a little time to talk to me about his big idea and what he thinks the future holds for trackables and geocoins.

Sarahmur: How did you come up with the idea for geocoins?

Moun10Bike: Early on in the game, I could tell when one of my friends had been to a cache before me as soon as I opened the container by spotting one of his signature items in the box. I thought that was pretty cool and wanted to develop a signature item of my own. In the summer of 2001 I was at the first event ever held in my area and mentioned by desire to come up with a signature item in time for my upcoming 100th find. A fellow cacher in attendance described military challenge coins and I knew right there that a coin was for me!

S: Did it take you long to come up with the design?

M: No, it didn’t, and that is something that I sort of regret! I simply did not know all that was possible (and, for that matter, neither did the company I contacted to mint the coin). Had I known all of the colorful features and options available, my coins may have been much less “plain.”

I had created the logo I used on the front side years prior for a t-shirt design for a group of my mountain biking buddies. I felt it represented me well. For the reverse, I altered the Groundspeak logo to fit better on a round surface. I really wish that I had brightened up both sides a bit more.

S: Did you ever imagine it would become so popular?

M: I didn’t, and for the first year or so I thought it would remain a fairly unique thing in the geocaching world. I was partially right, as it took a while for another geocoin to come out – about 6 months. However, not long after that the floodgates let loose and within a couple of years there were more designs than I could possibly keep track of.

S: Did you ever think your coins would become so renowned in geocaching circles?

M: I knew that signature items were popular among collectors, including myself, so I figured that people would want to keep them – that’s why from the outset and I explicitly made it known that they could be kept. However, I never expected that they would become their own meta-category of signature item and develop into a whole industry unto themselves.

S: How many coins do you have in your collection?

M: I really have no idea! I would estimate around 3-4k. I religiously chronicled all of the coins I found, traded, and otherwise acquired up until about 2006 when the designs started coming out so fast and furious that I threw my hands up in surrender. I now have a collection of well-organized binders for coins I obtained during the first few years, and then several large bins containing completely unorganized coins gathered since then. Eventually, I hope to have my entire collection organized in binders (with some special editions displayed on my desk in stands).

S: Do you think you will ever stop collecting?

M: No, but I collect at a fairly mild pace these days. I tend to only seek out coins that have special meaning to me and that are directly related to something in my life or to geocaching as I enjoy it.

S: Aside from your own coins, do you have a favourite in your collection?

M: The first item that pops to mind is the coins that have been created for the Going Caching Mega-Events in Georgia in the US. Not only are they works of art, but they have elaborate puzzle mechanisms built into them. They are fantastic!

S: Do you have any coins on your wishlist at the moment?

M: I honestly don’t. For several years I tried to keep up with everything that was coming out, but obviously that became mentally and financially impossible before too long. When I started seeing coins being minted that had nothing at all to do with the user or geocaching, I pulled out of the collection side of things almost cold turkey. Now I use a passive approach to collecting and let designs come to me rather than seek them out.

S: Are you involved in the design of new coins at HQ?

M: Nope, they don’t let me near those. Have you seen just how bad some of my designs were? 🙂 Seriously, we have some absolutely amazing designers here at Groundspeak who blow my socks off daily. I’ll leave the design work to them! 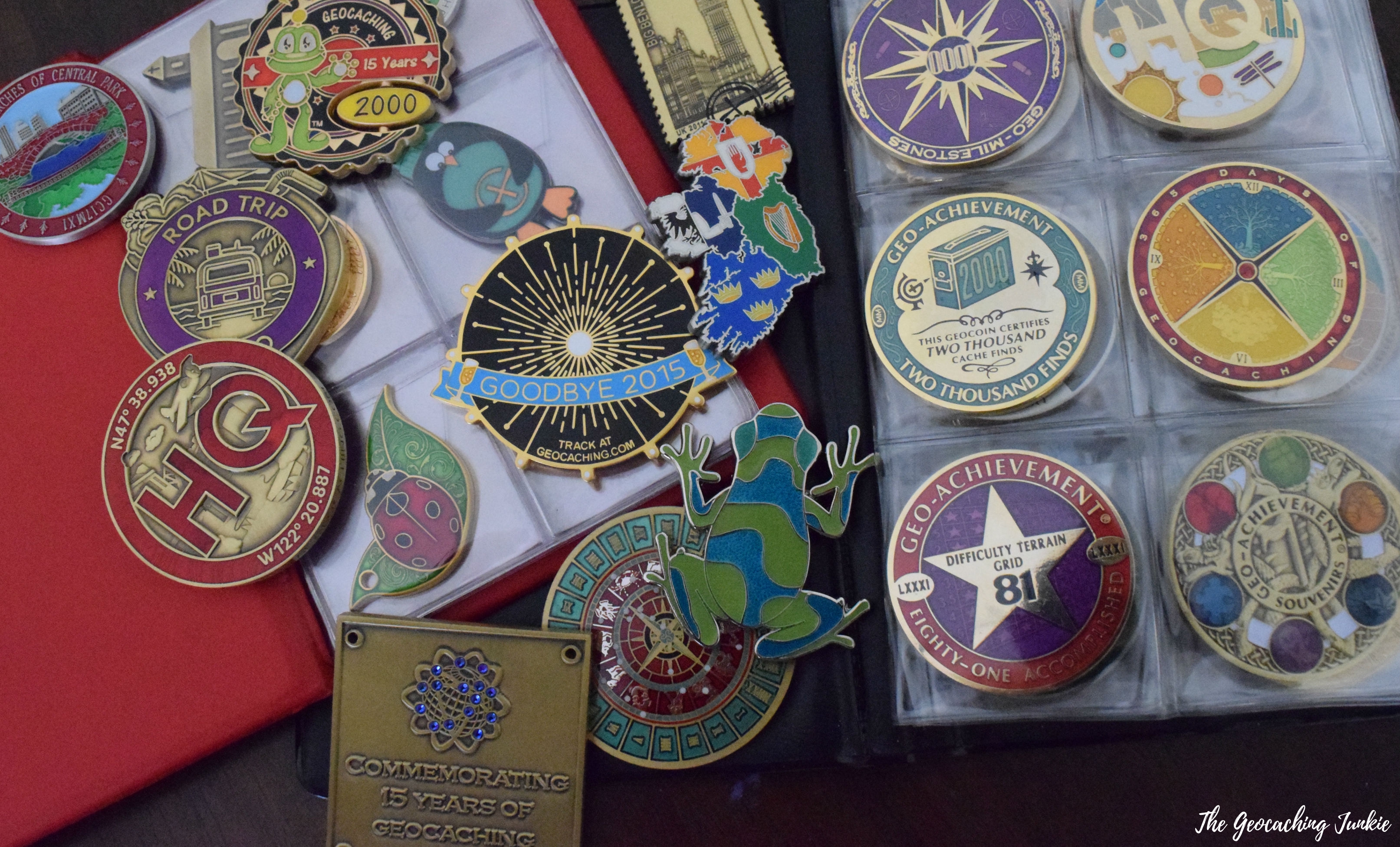 S: Finding geocoins in caches is becoming more rare as people are afraid to set them free for fear of having them go missing – do you think it’s a bad thing to not release your coins?

M: I don’t think it is bad, just a bit depressing. I’m a proponent of updating the logging system for trackables to make it easier for new players to understand and take part effectively. I am also pushing for a way to allow players to help improve the reliability of cache inventories through a system of reporting when a trackable appears to be missing. We’ll get there eventually.

S: What’s the weirdest thing you’ve seen that someone made trackable?

M: I think a car door. There was one floating around HQ a couple of years back after being dropped off at a Block Party.

S: What do you think the next big thing in geocoins/trackables will be?

M: Whatever it will be, I’m sure will surprise me! J As for things I’d like to see, I’d love to support custom tracking codes (like vanity license plates) as well as a new trackable type dedicated to discoveries in order to separate traveling items from those things people want to have discovered virtually.

Collecting geocoins, sharing them with other geocachers and discovering them in caches and at events is a part of geocaching that I love and I can’t imagine the game without them! And to think, how different it all could have been if Moun10Bike had decided on a different signature item fifteen years ago.

Many thanks to Moun10Bike for talking to me, and of course, for adding another dimension to the game we all love.

Do you collect geocoins? How often do you find them in caches? Let me know in the comments!

11 thoughts on “Moun10Bike – The Geocoin Trailblazer | The Geocaching Junkie”