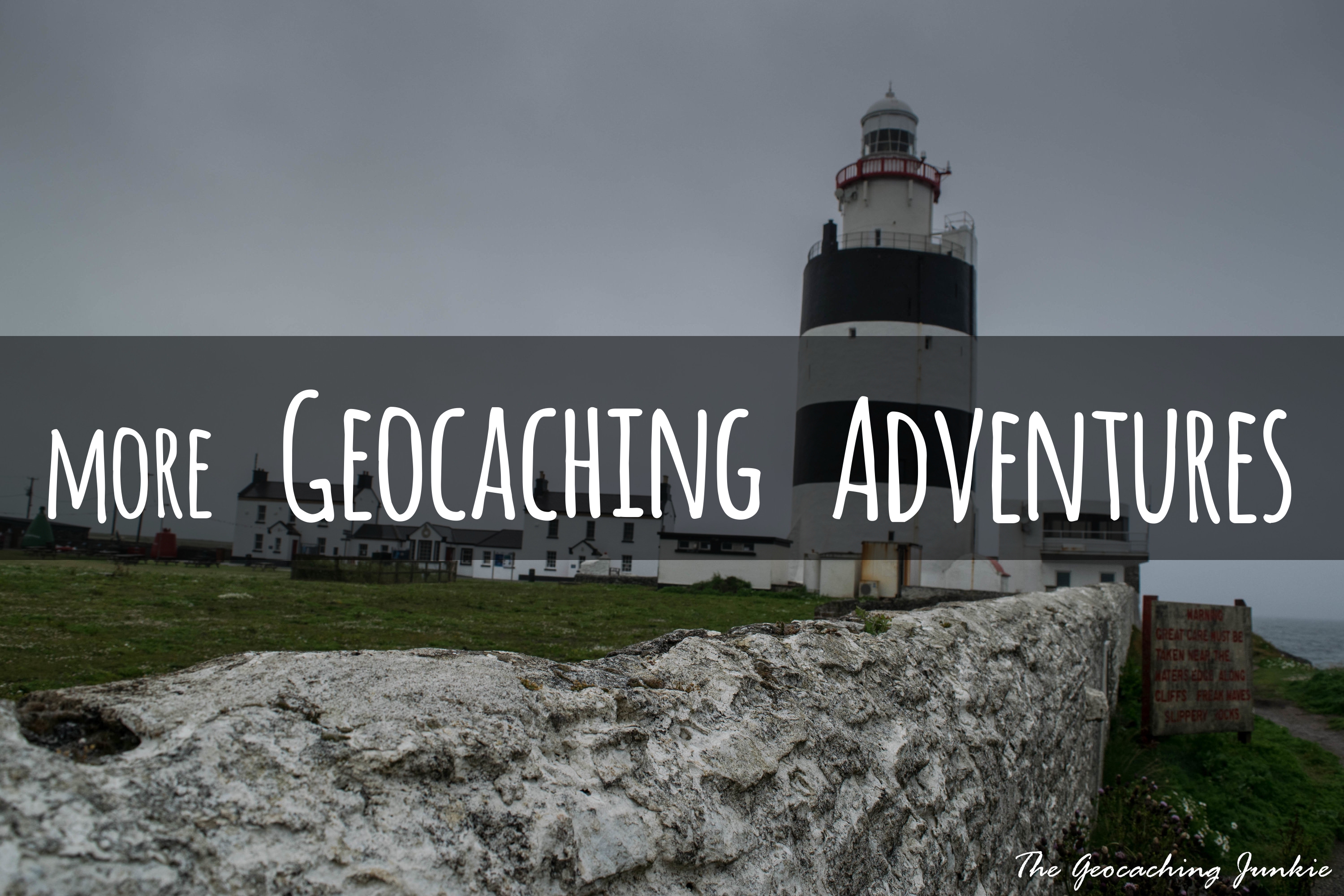 After a great, if not soggy, morning on Great Saltee Island, the plan for the afternoon was discussed in depth over fish and chips in Kilmore Quay. I was determined to make it to the Hook Head Peninsula, since I am very rarely in County Wexford and have wanted to see the iconic lighthouse there for ages. The peninsula itself is home to a few geocaches, including two EarthCaches (win!), so that was my aim for the afternoon.

Before I knew it, there was a relatively large group of us headed to the first cache on the peninsula, Tintern Abbey (GC12B2E). The Cistercian Abbey was founded in 1203 by the Earl of Pembroke, William Marshal and shares its name with another Cistercian Abbey he founded in Wales. 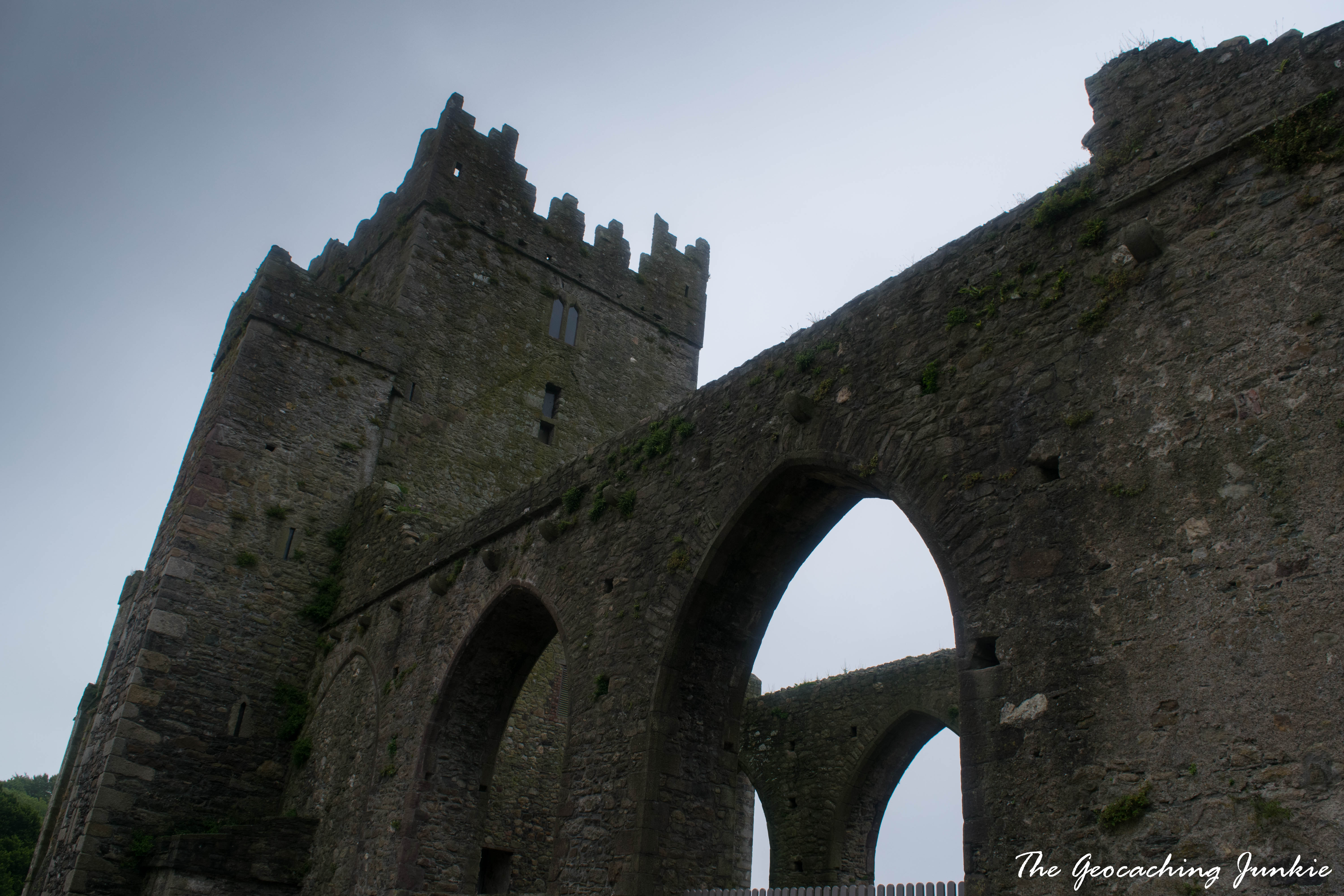 The Abbey is largely in ruins now, though parts have been restored. The cache was hidden in an adjoining forest, which was a real treat to walk through. The group was soon on to the next cache Saltmills (GC4CE6Y), with a few of us lagging behind. By the time some of us had arrived at GZ, the cache had been found, replaced and the rest of the group were retreating to their cars. There was a cool wooden shipwreck at GZ and we wanted to explore that more. Cep99, TucKids and myself (along with the muggle) decided that maybe we should not hold the others back since our main aim was the lighthouse and the two ECs, so we broke away and after investigating the wreck of a wooden fishing boat, we headed straight for the first EarthCache. 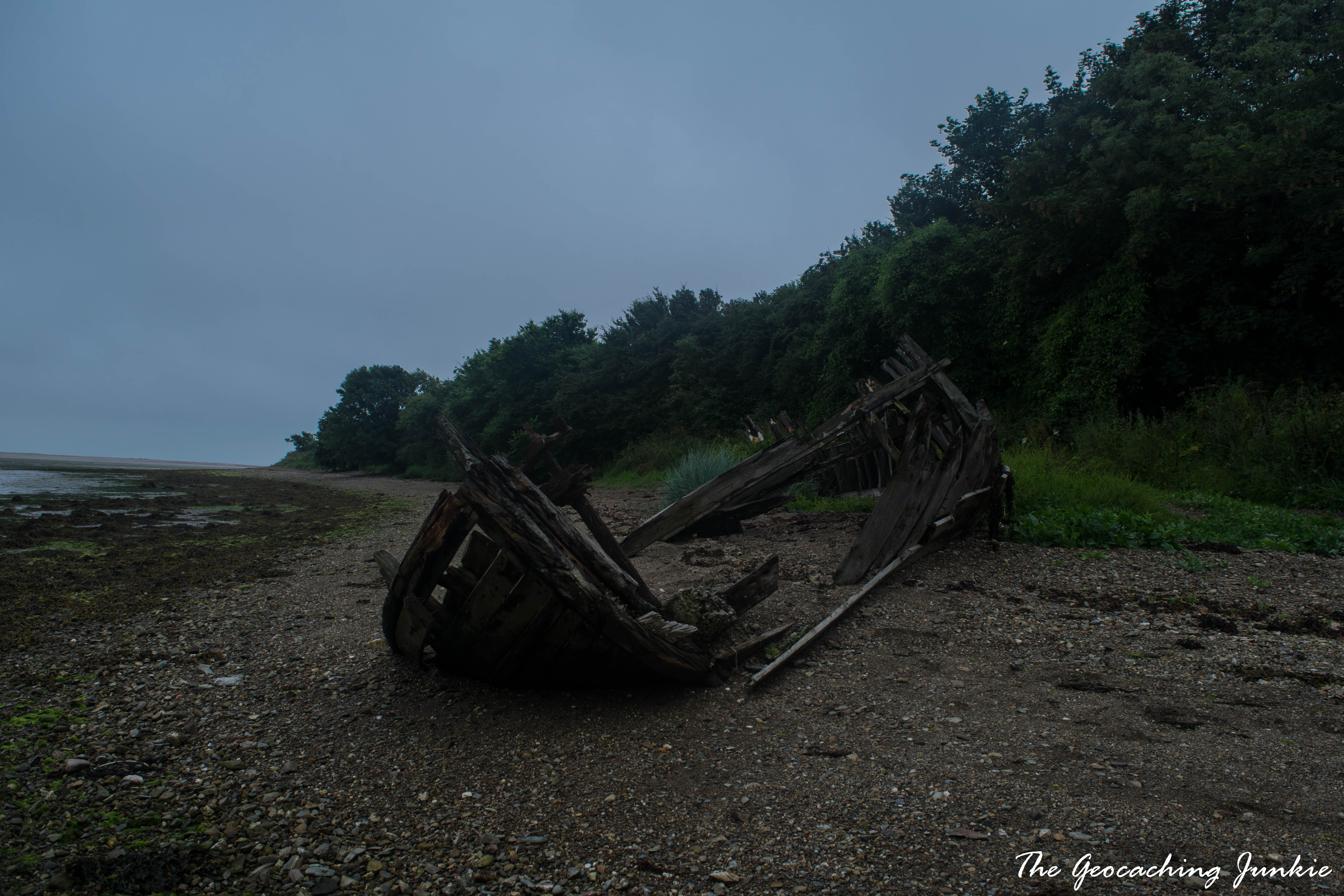 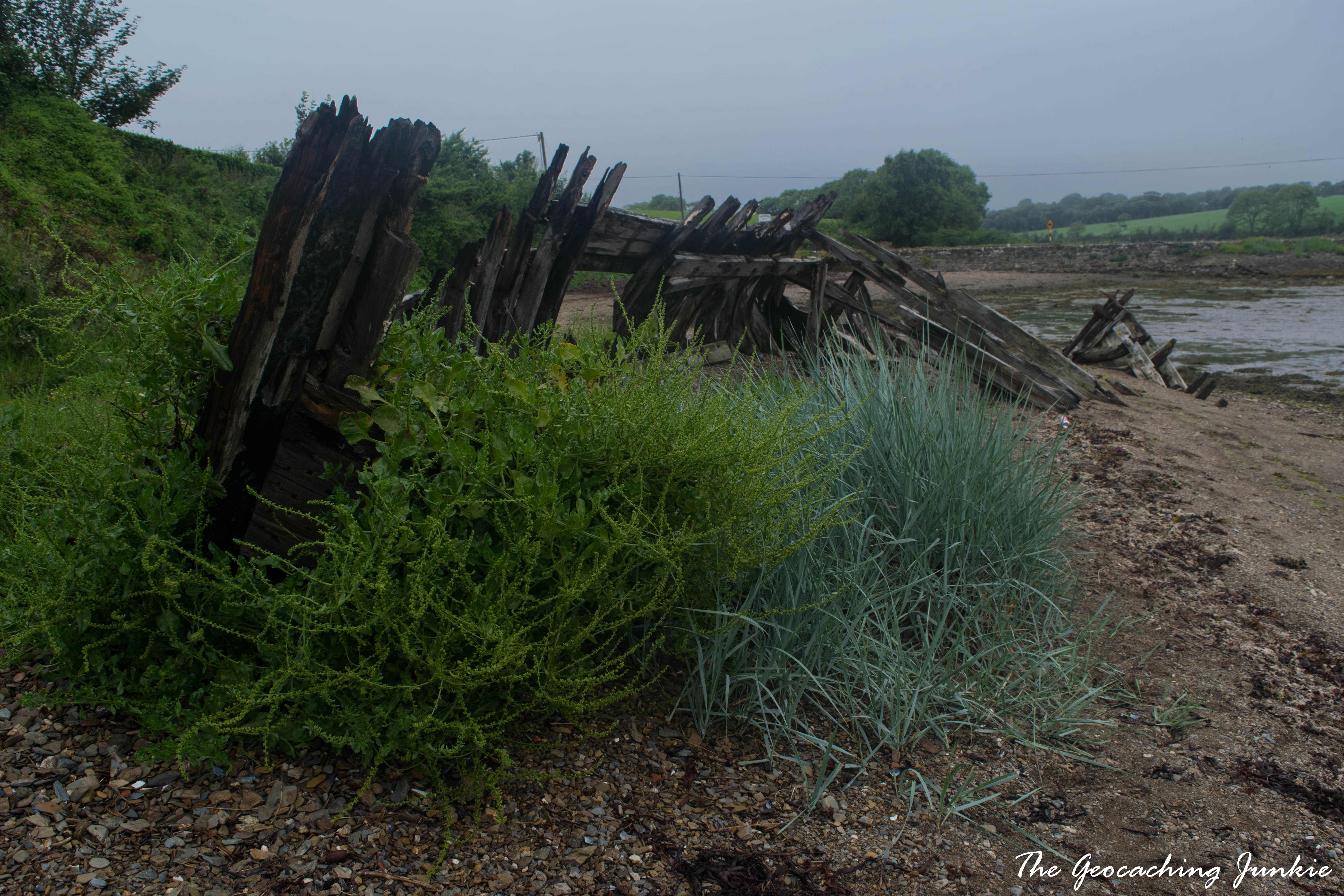 The weather was still not great, though it was more windy than rainy. The silver lining was that we had the whole of the beach at Booley Bay to ourselves to explore and hunt for rare fossils. 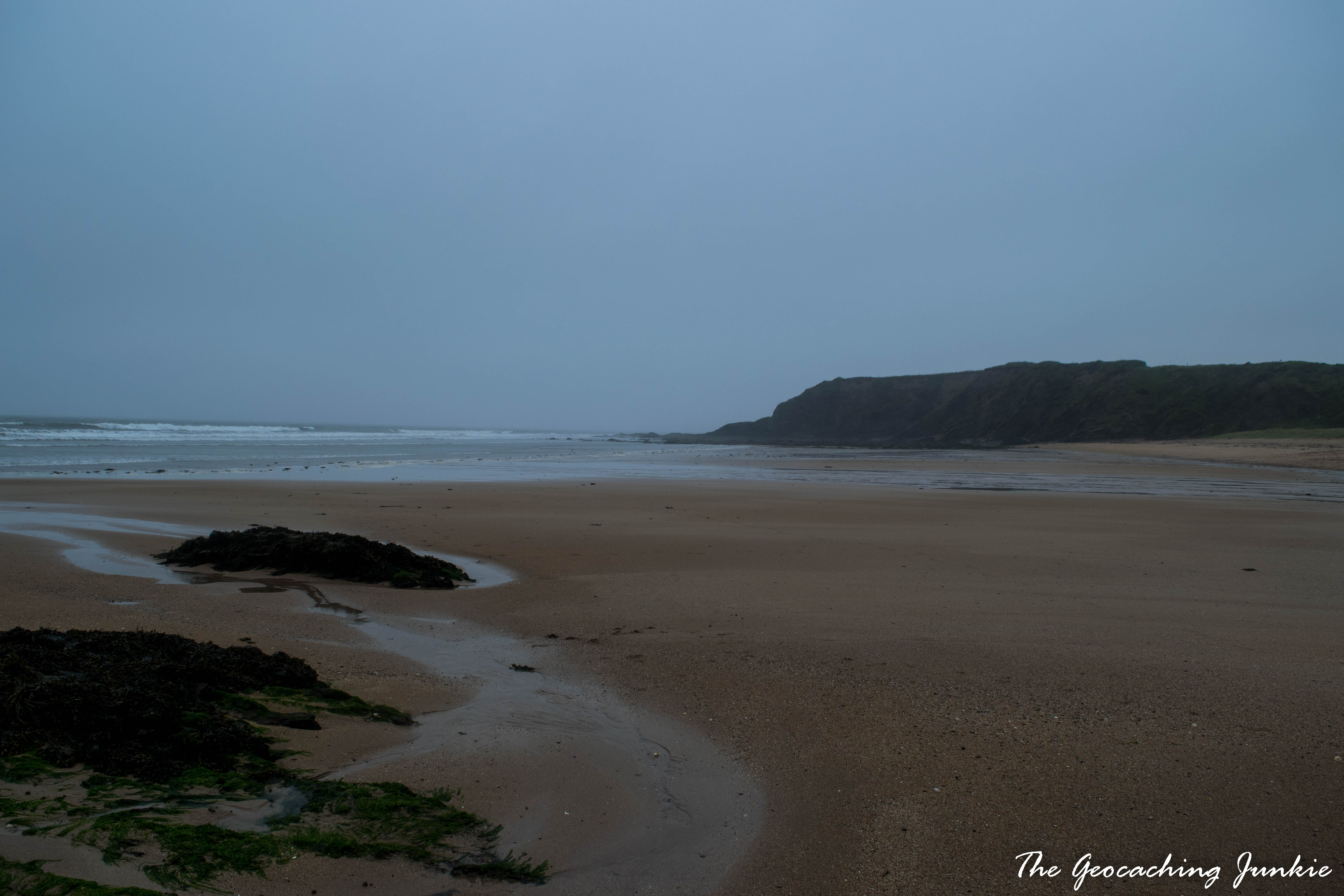 Booley Bay is home to some very rare fossils from the Ediacaran Period, 635–541 million years ago. There are also Cambrian formations there of dark, layered mudstones and siltstones, which look very striking. 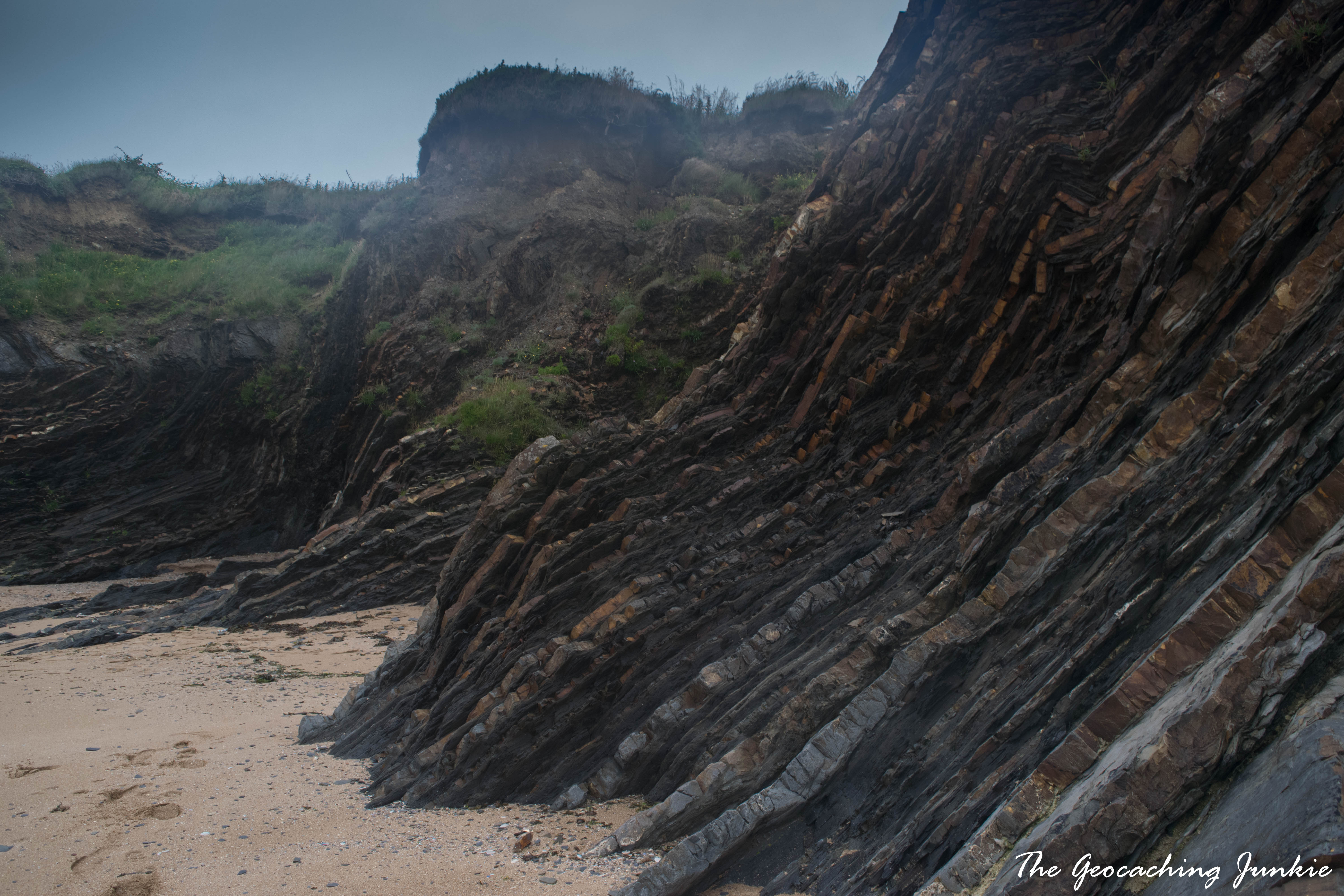 We spent a while clambouring over rocks, searching for fossils and a very cool rock texture left behind by microbial mats. It was a fascinating EarthCache, on a topic I hadn’t encountered before.

Our next EC target was at the 13th Century Hook Head Lighthouse, one of the oldest operational lighthouses in the world. Signal joined us for the two caches here! 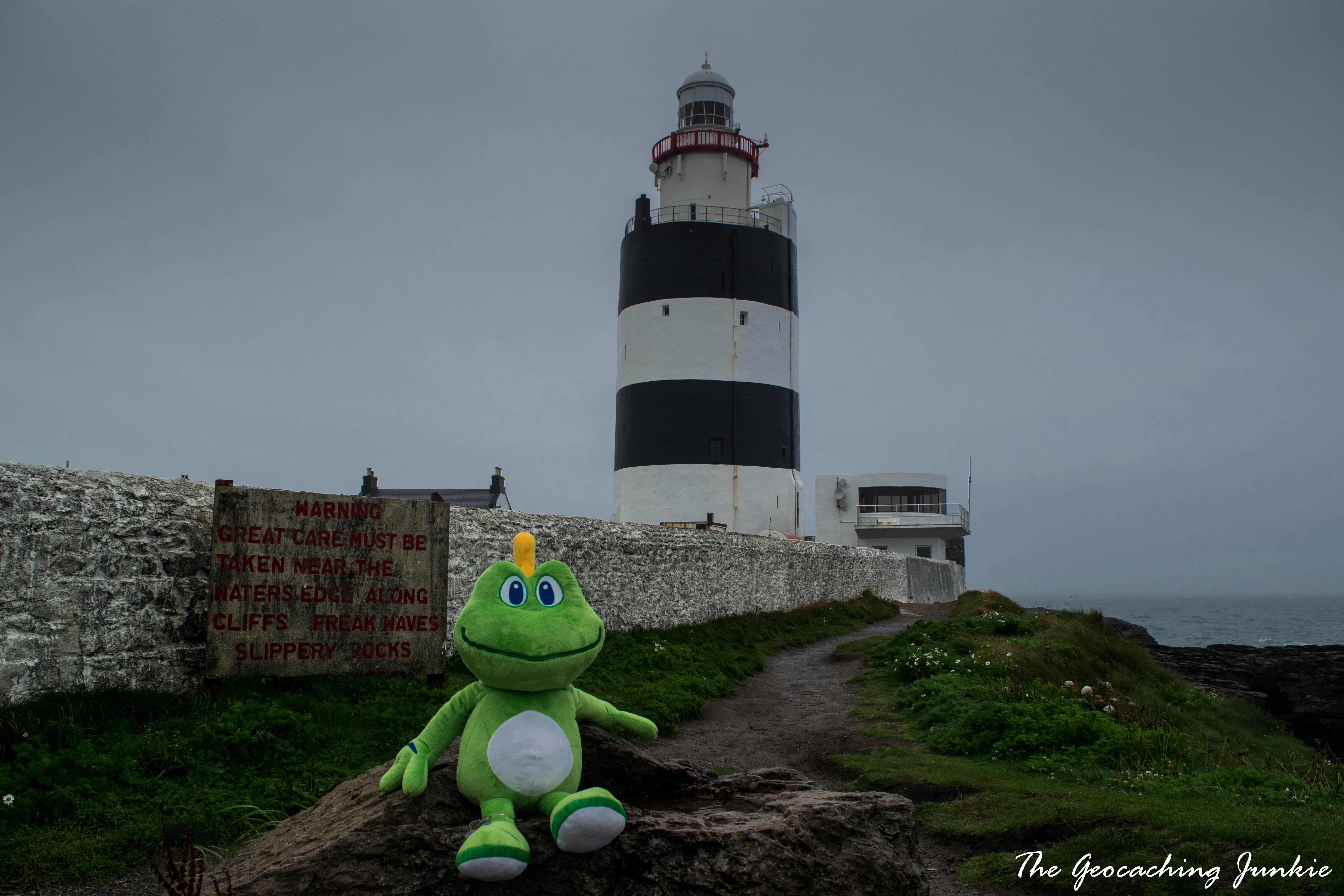 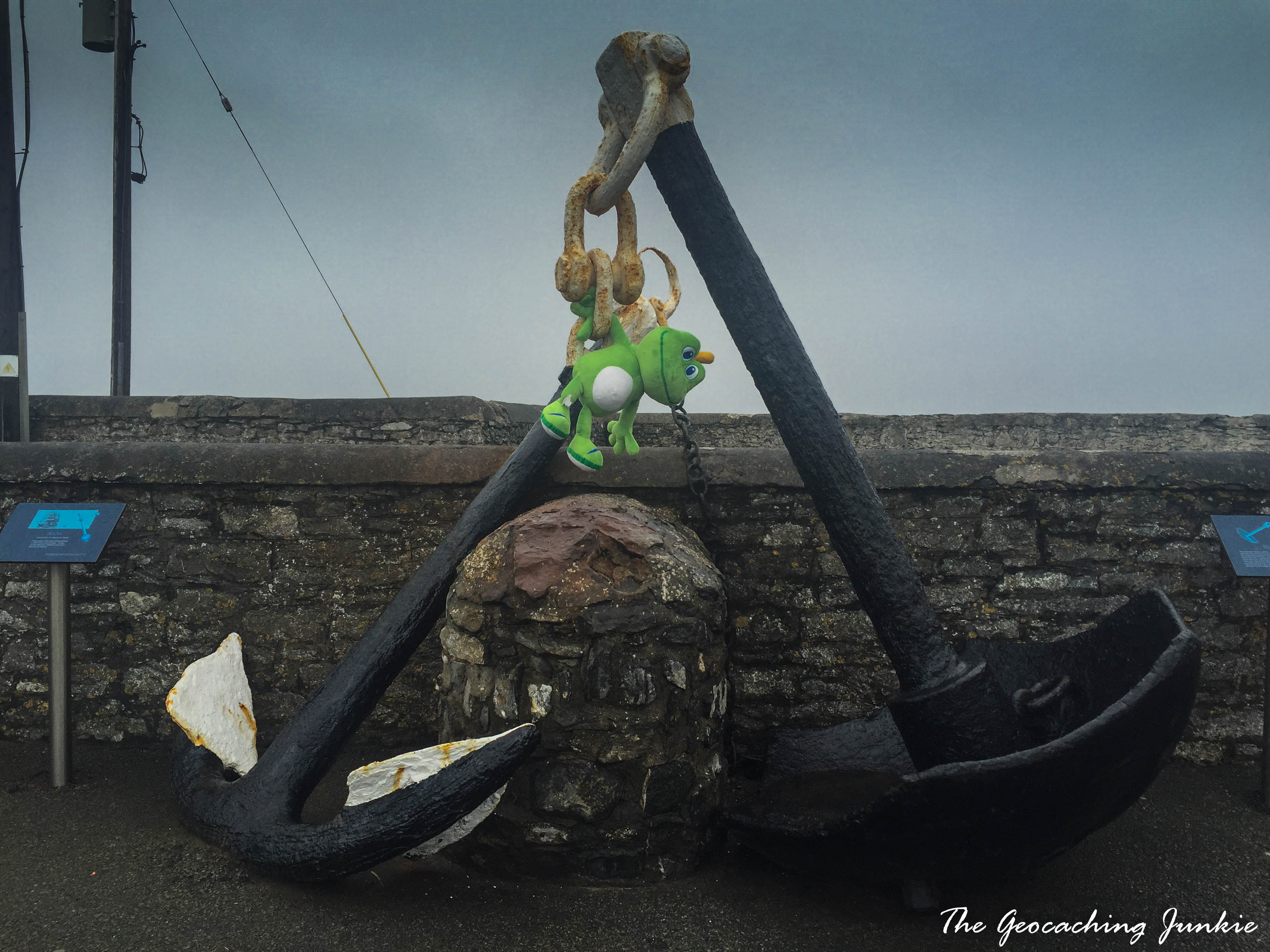 The phrase ‘by hook or by crook’ apparently comes from Hook Head. Legend has it that Oliver Cromwell vowed to take the county of Waterford by Hook (on the Wexford side of Waterford Estuary) or by Crook (a village in Waterford).

The EarthCache called for finding some fossils and luckily, they were in abundance on the rocks, so we didn’t have to go too close to the edge, as the wind was really getting up. The sea is very wild at Hook Head, in the Celtic Sea area of the Atlantic Ocean, and the term ‘freak waves’ comes to mind on a day like we had. 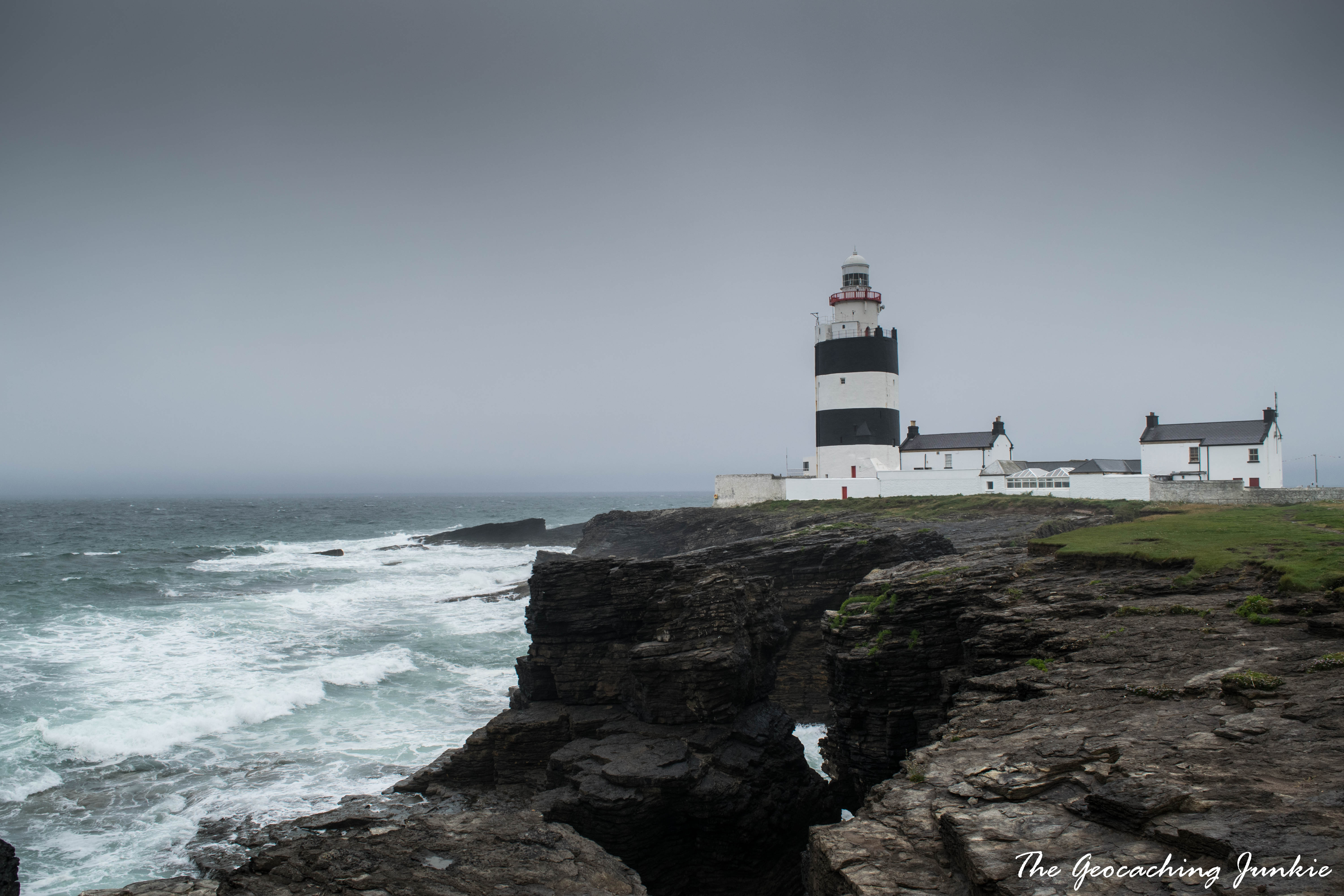 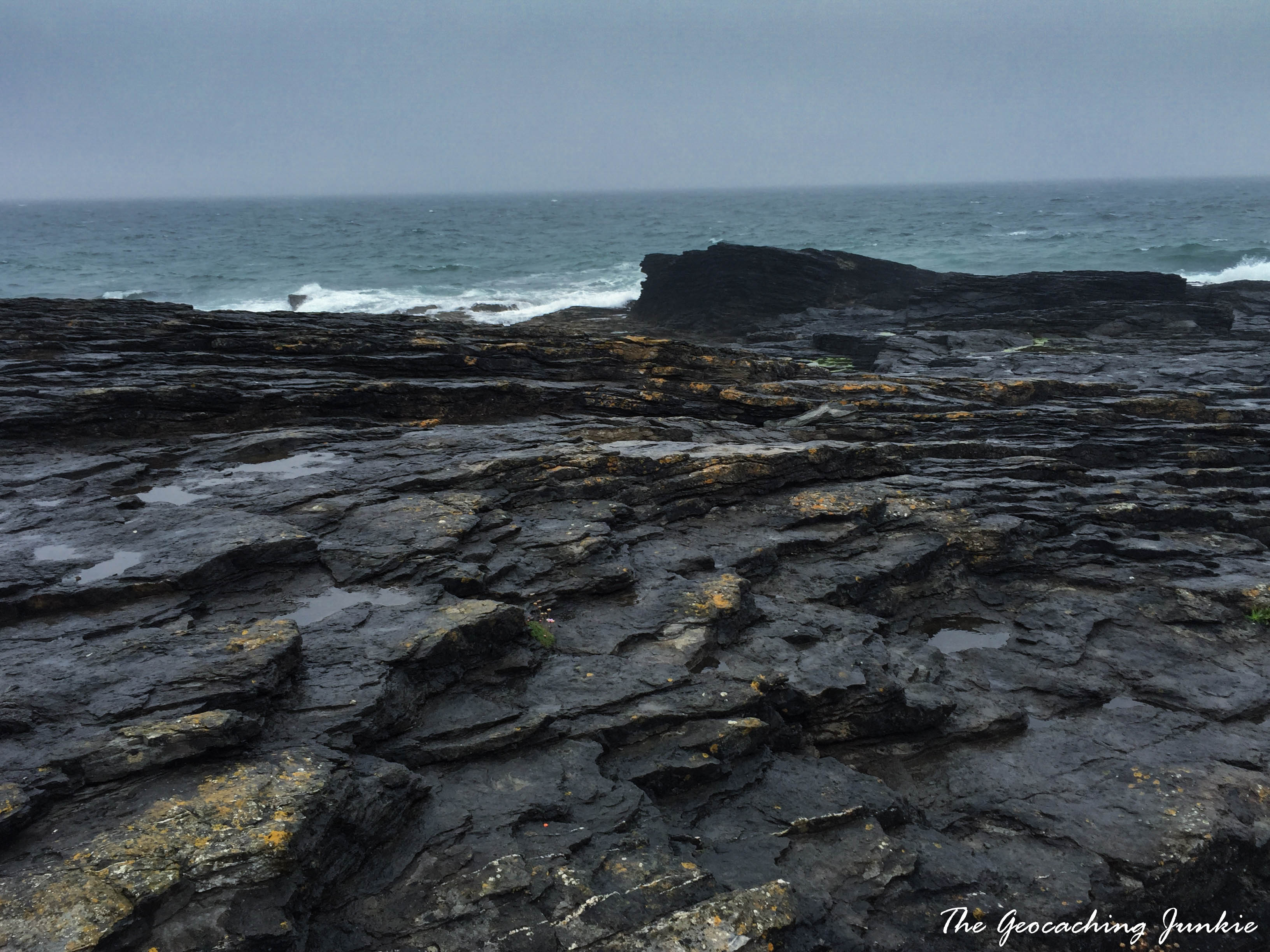 A few more caches and it was soon time to head back to Bray for a well-earned rest, but not before we hatched a plan to go for a D5/T4 letterbox hybrid cache in Dublin the next morning!

On Sunday morning, cep99 and I met up with TucKids to tackle this much talked about letterbox hybrid cache. Apparently, a Lazarus Pit is a fictional natural phenomenon from DC Comics, known for its restorative powers.

We were assured by previous finders that it was really no problem at low tide. That meant 10am on Sunday morning was the best time, so we met at the given coords and followed the letterbox instructions. We were soon staring in to the ‘pit’ and wondering how the hell we were going to get down there. We were all kitted out in wellies, so we decided to walk around to the sea side and ascertain if it would be easier to get in that way. 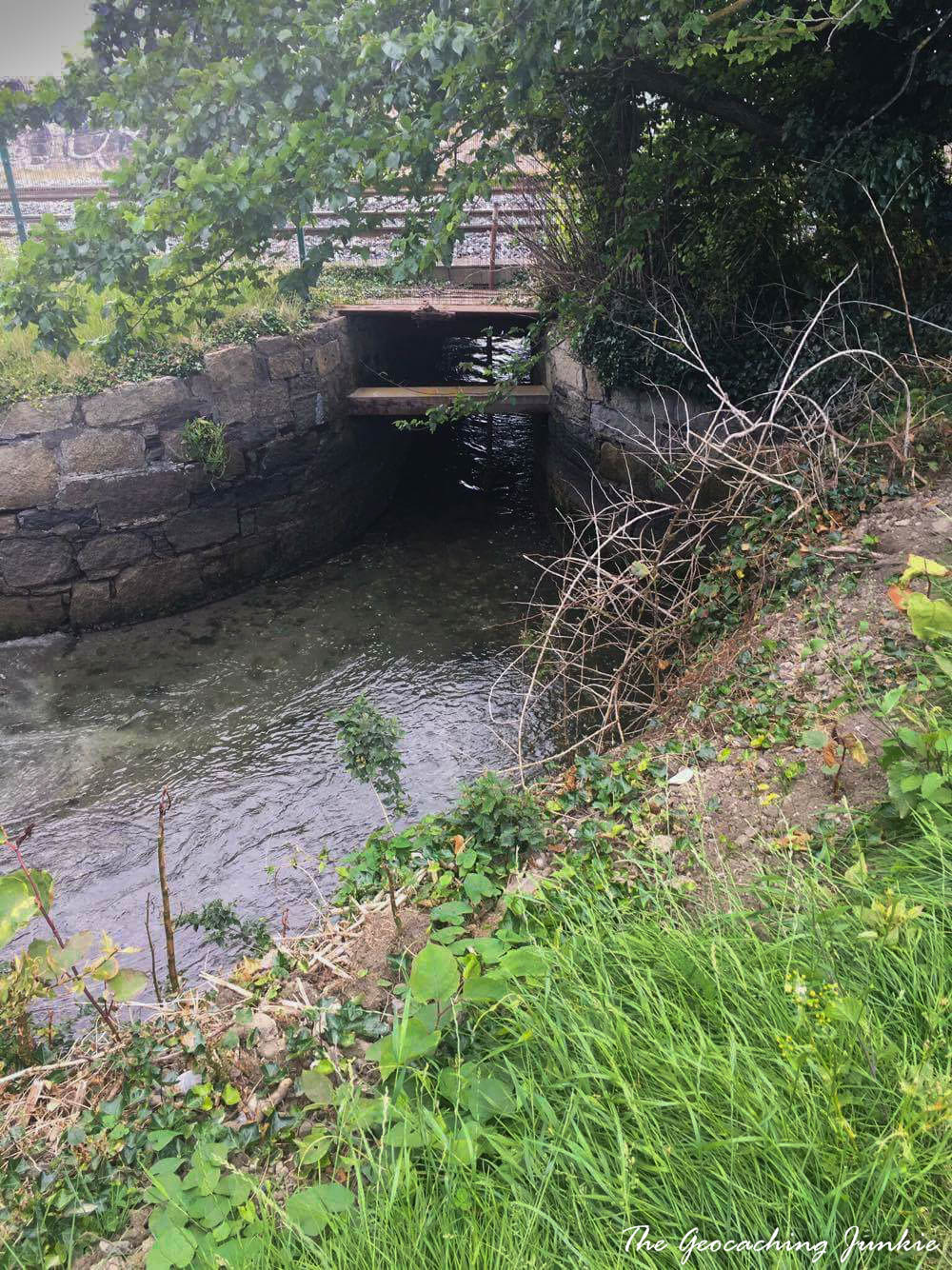 TucKids went first and within an instant her wellies were full of water. A few seconds more and she was in fast running water up to the top of her thighs. She assured us it was fine and we couldn’t really abandon her at that stage, so cep99 and I shakily joined her in the water. 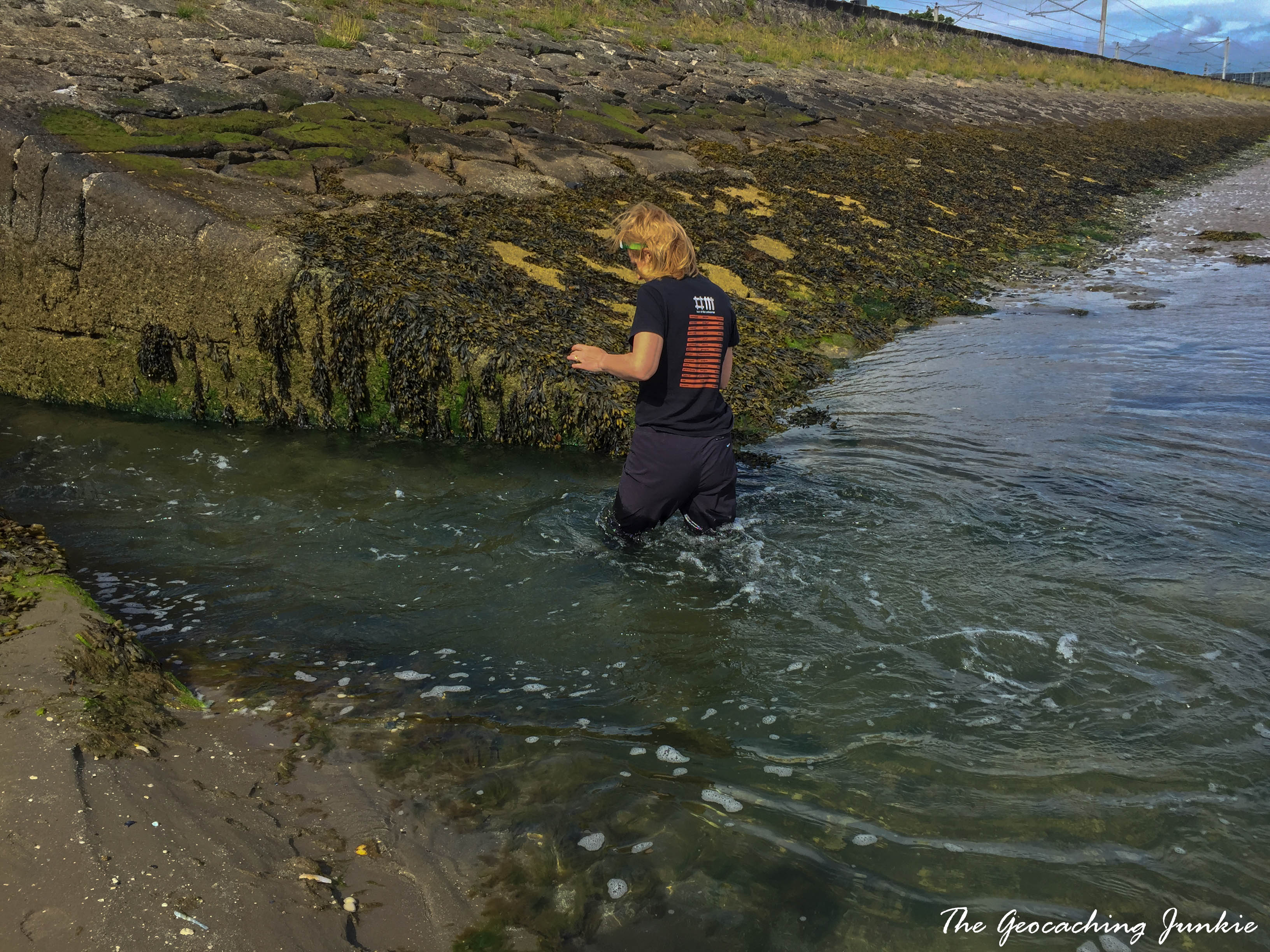 There was much laughter from all of us, mainly due to the insanity of it all! Luckily, the water level wasn’t quite as high the whole way through the tunnel so we were only ankle deep for most it. 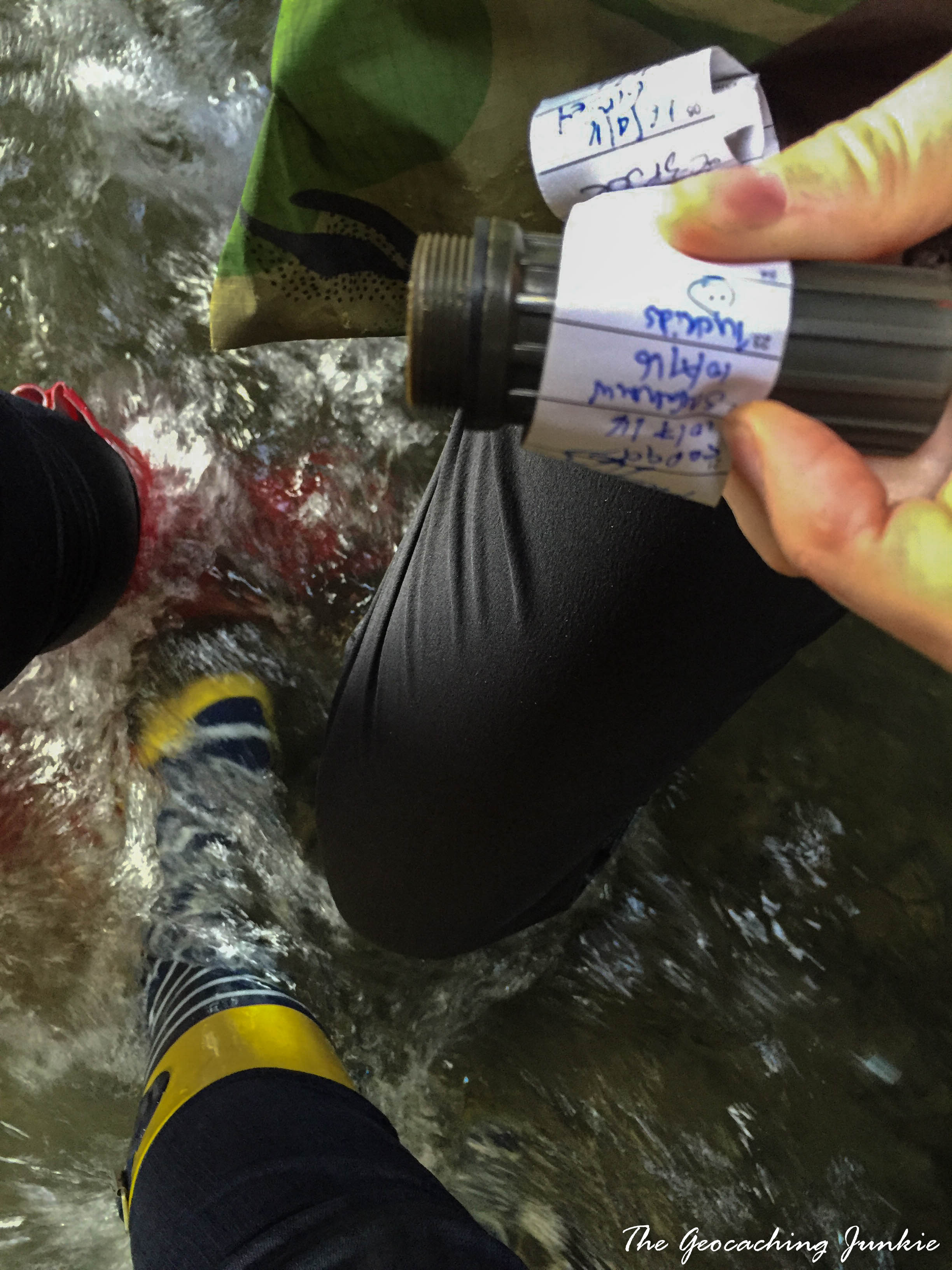 The cache itself was located surprisingly quickly but TucKids was enjoying herself so much, she encouraged us to go deeper in to the belly of the pit! That’s where the smell hit us. It was so foul, I was looking around for a rotting corpse of some description. Apparently, this pit is where the nearby Booterstown Marsh (full of stagnant water and God knows what else) empties in to the sea. 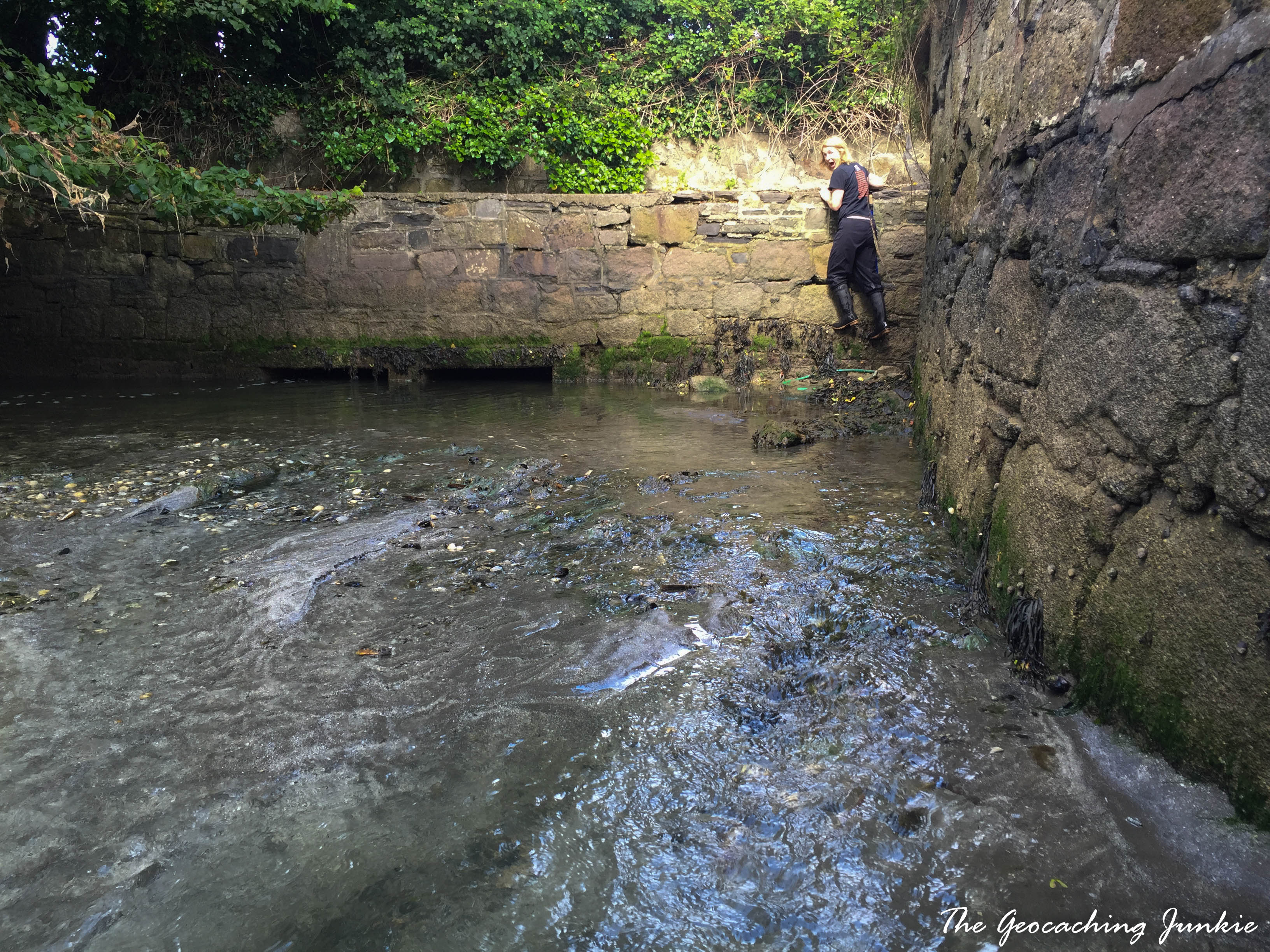 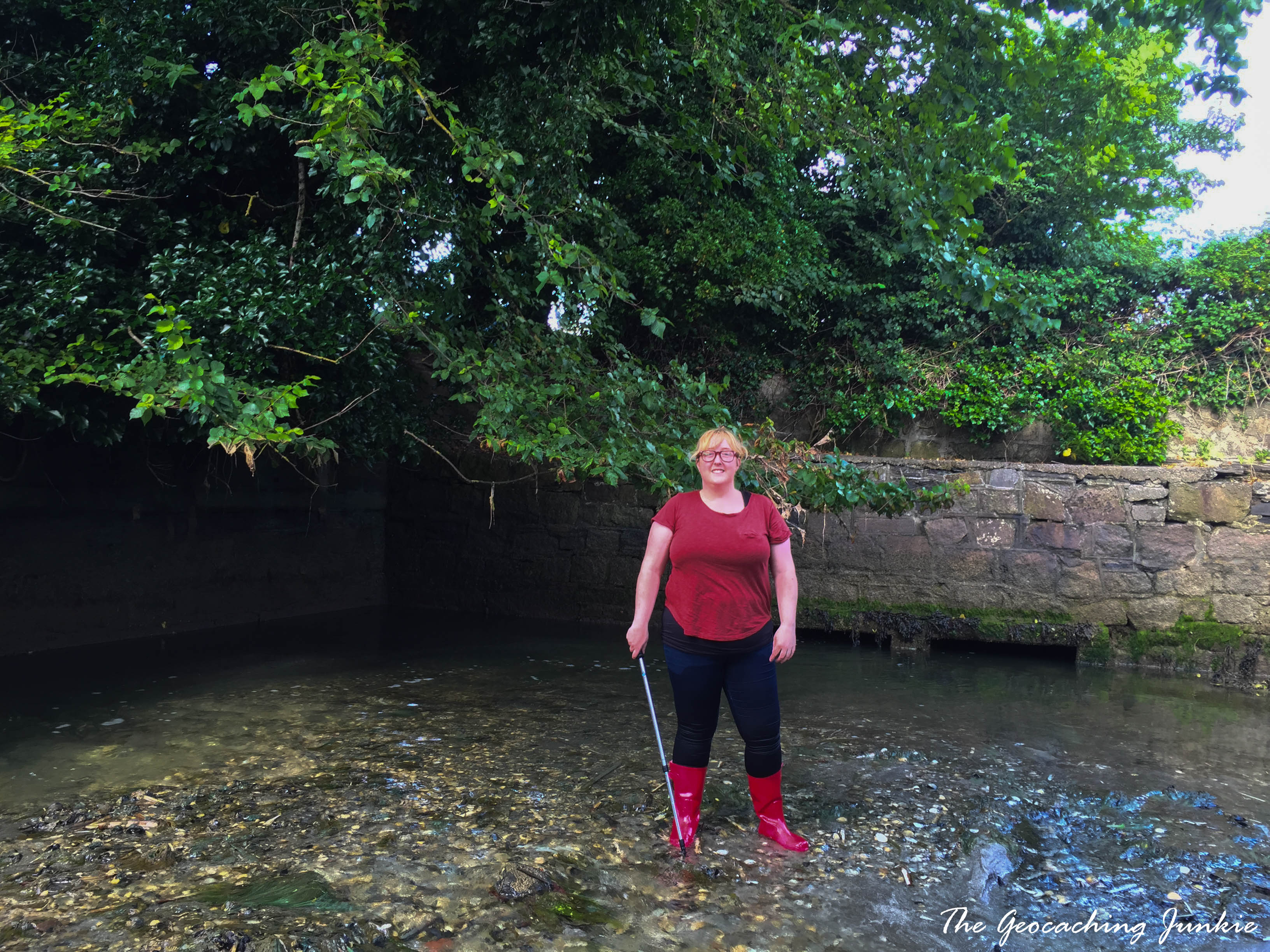 The water was very shallow in the pit itself, so I guess if you were confident enough to climb down into the pit, the intended way, then wellies would have been sufficient. I can’t help but think that way would have been a lot less fun! 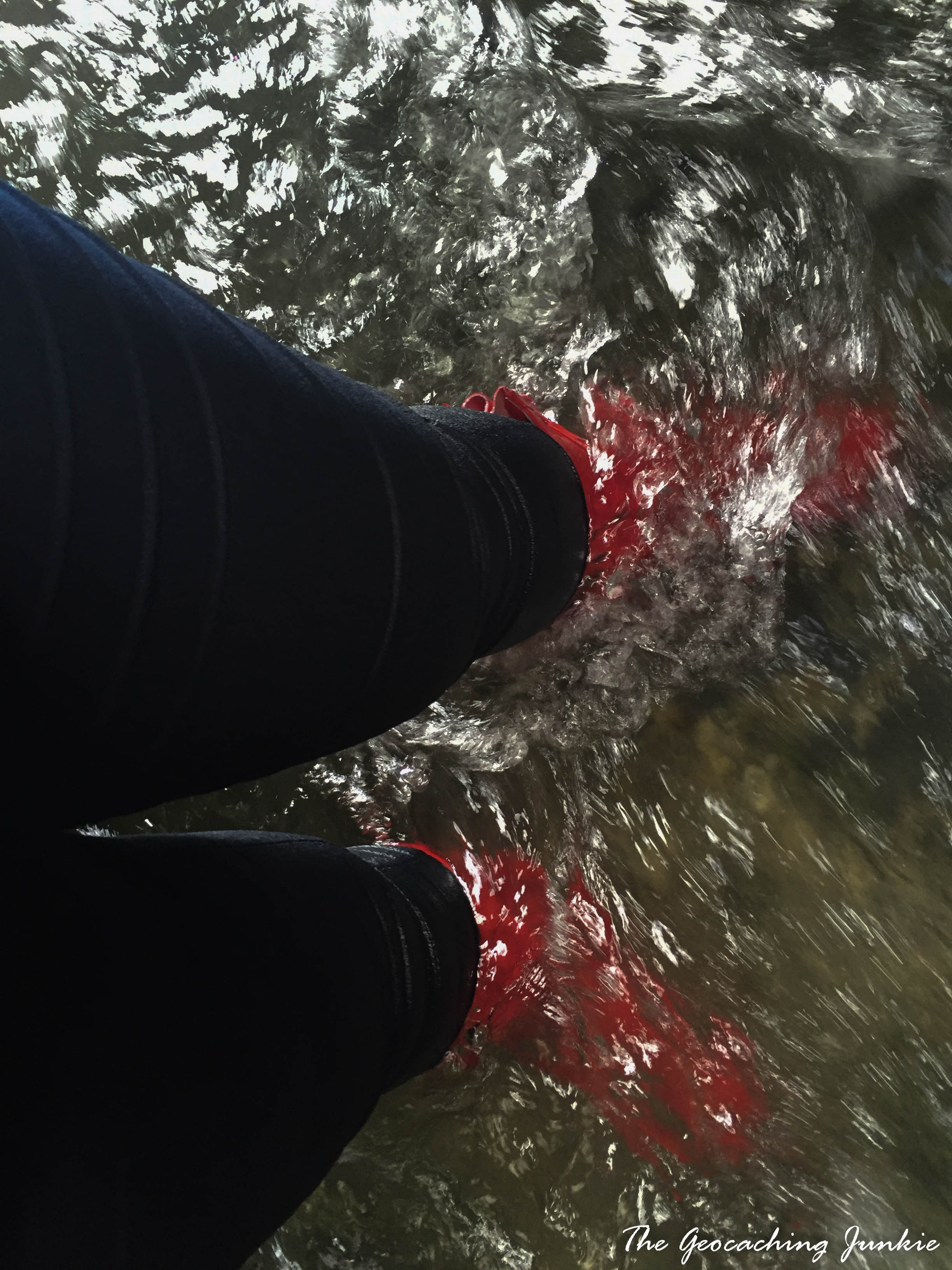 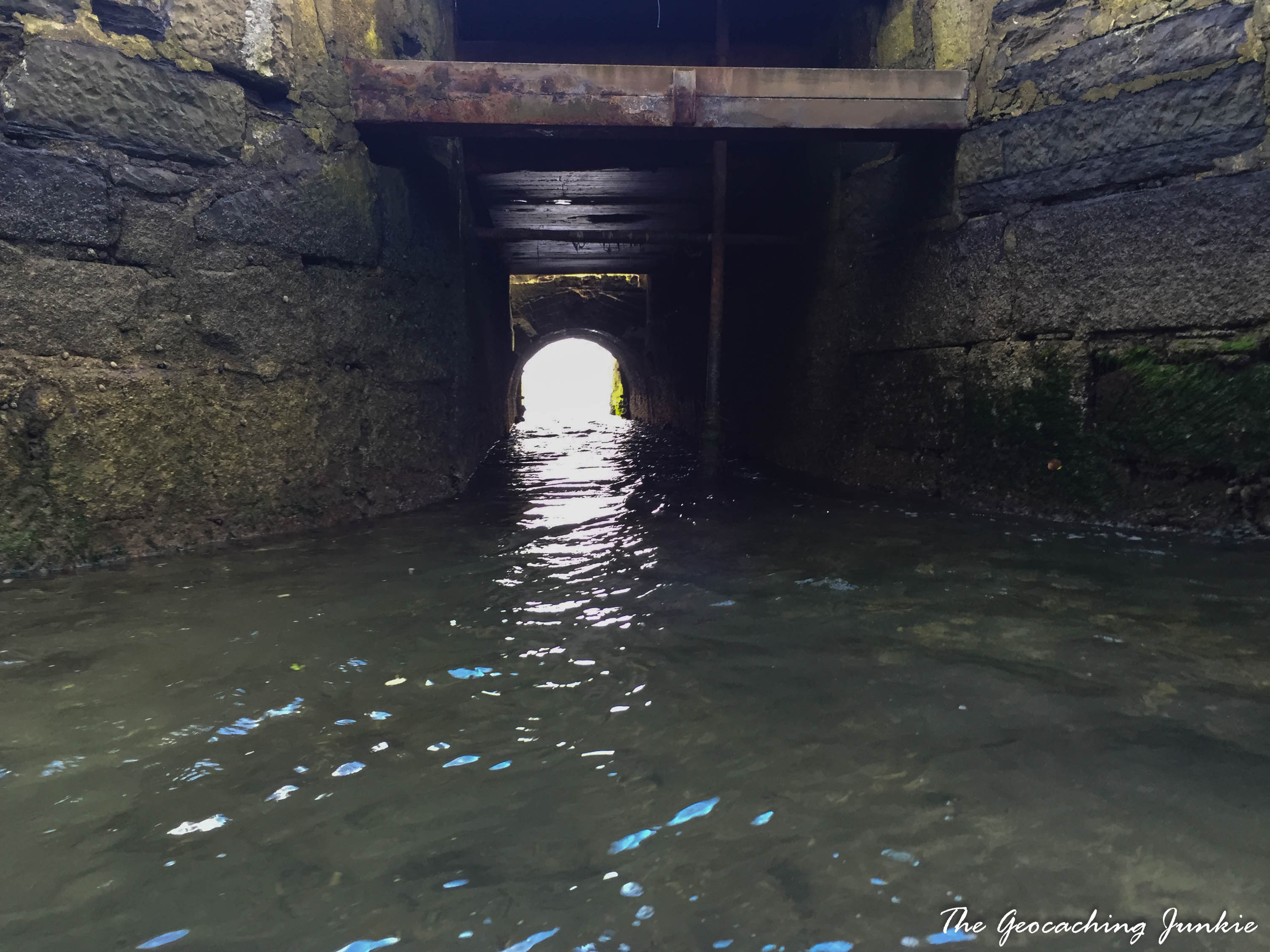 We were soon back on dry land, and squelched our way back to the parked cars. We had  to reef the wellies off each other as the water had created some sort of vacuum. When we finally got them off, the volume of water that poured out was ridiculous! 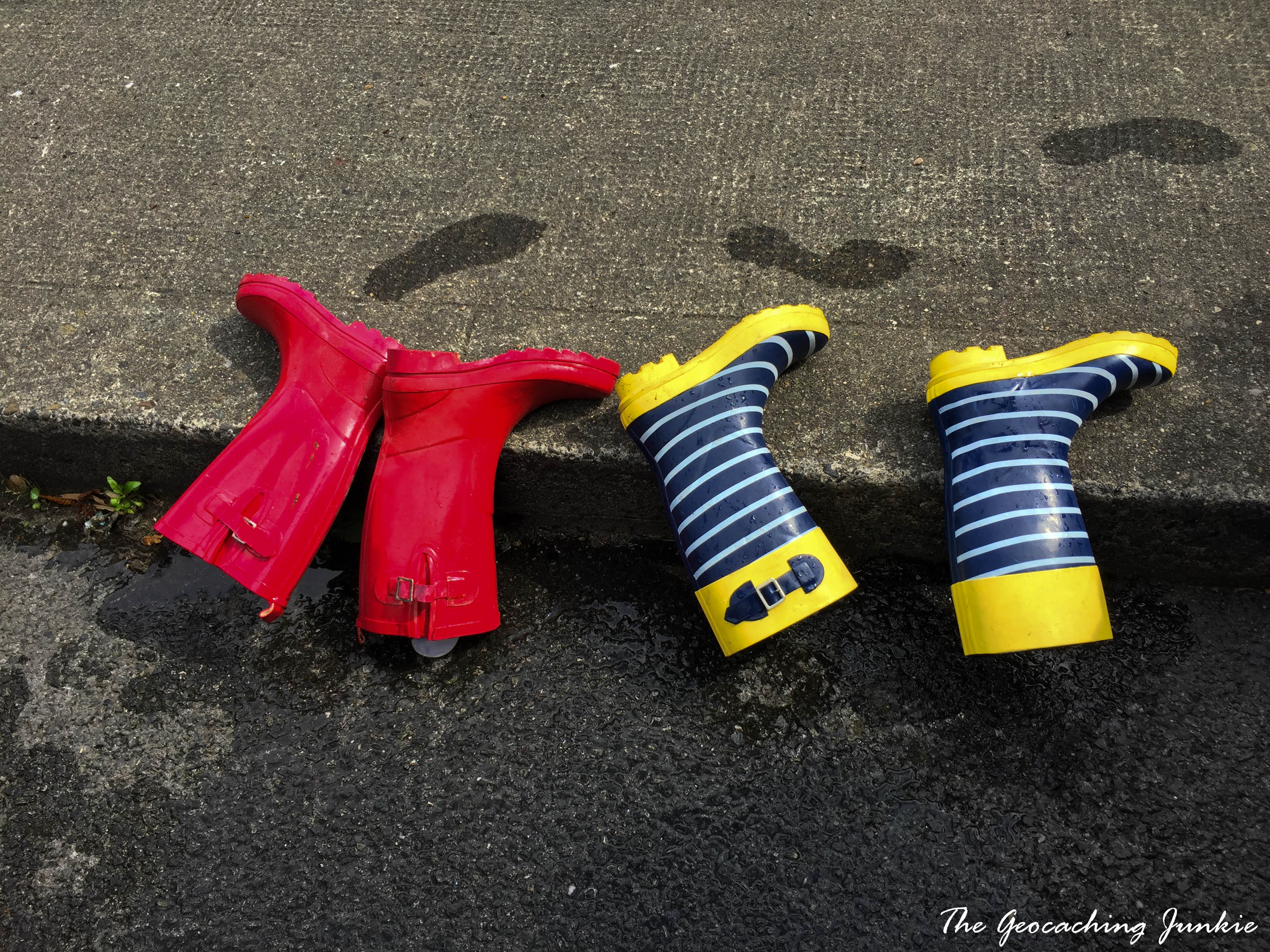 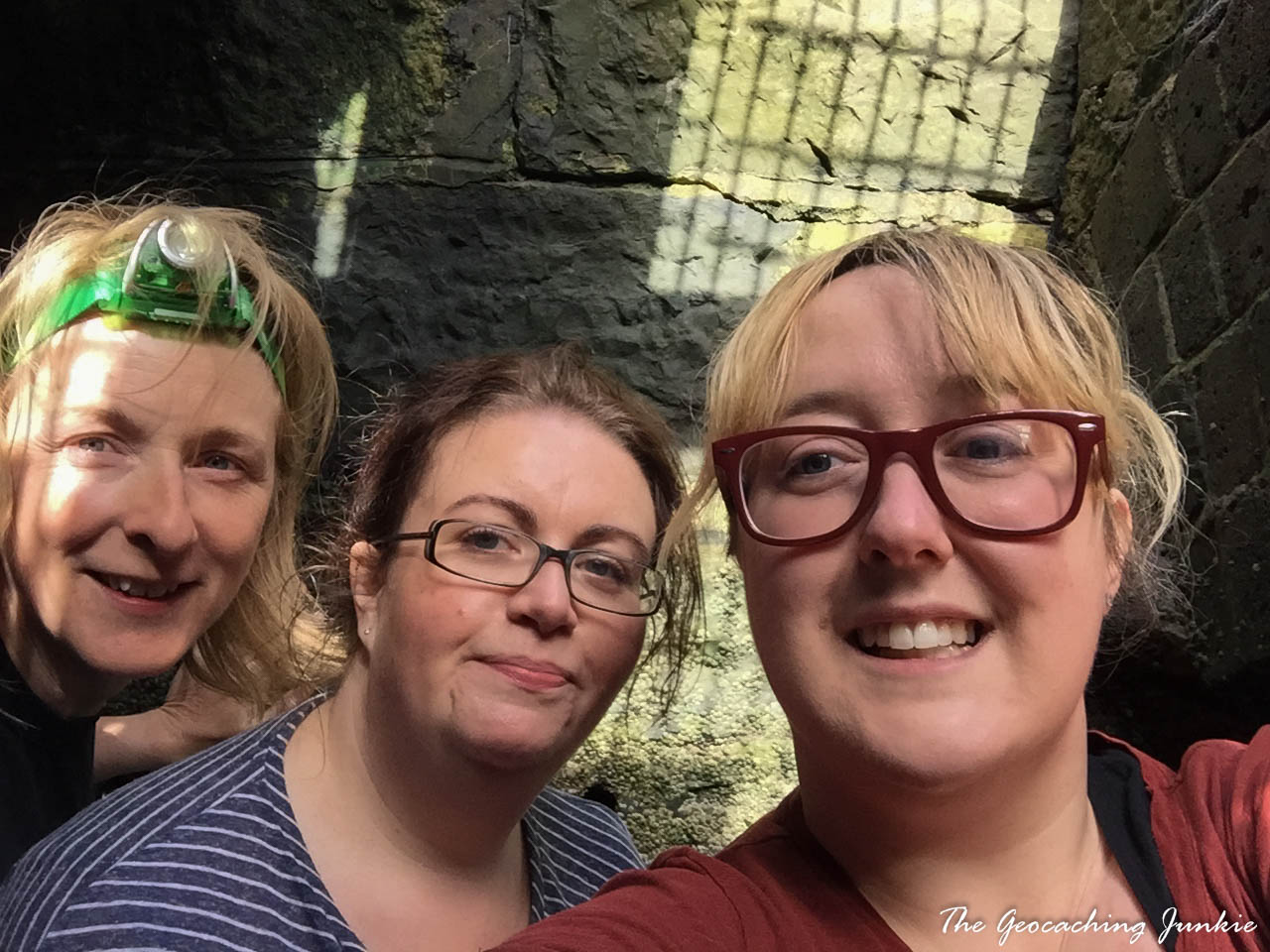 It was definitely a very memorable cache and it reignited my passion for more adventurous finds! There aren’t enough hours in the weekends usually but I’ll make sure to fit in some more silly caching outings in future – I forgot how much fun it is!

Have you done any particularly memorable caches recently? Let me know in the comments!