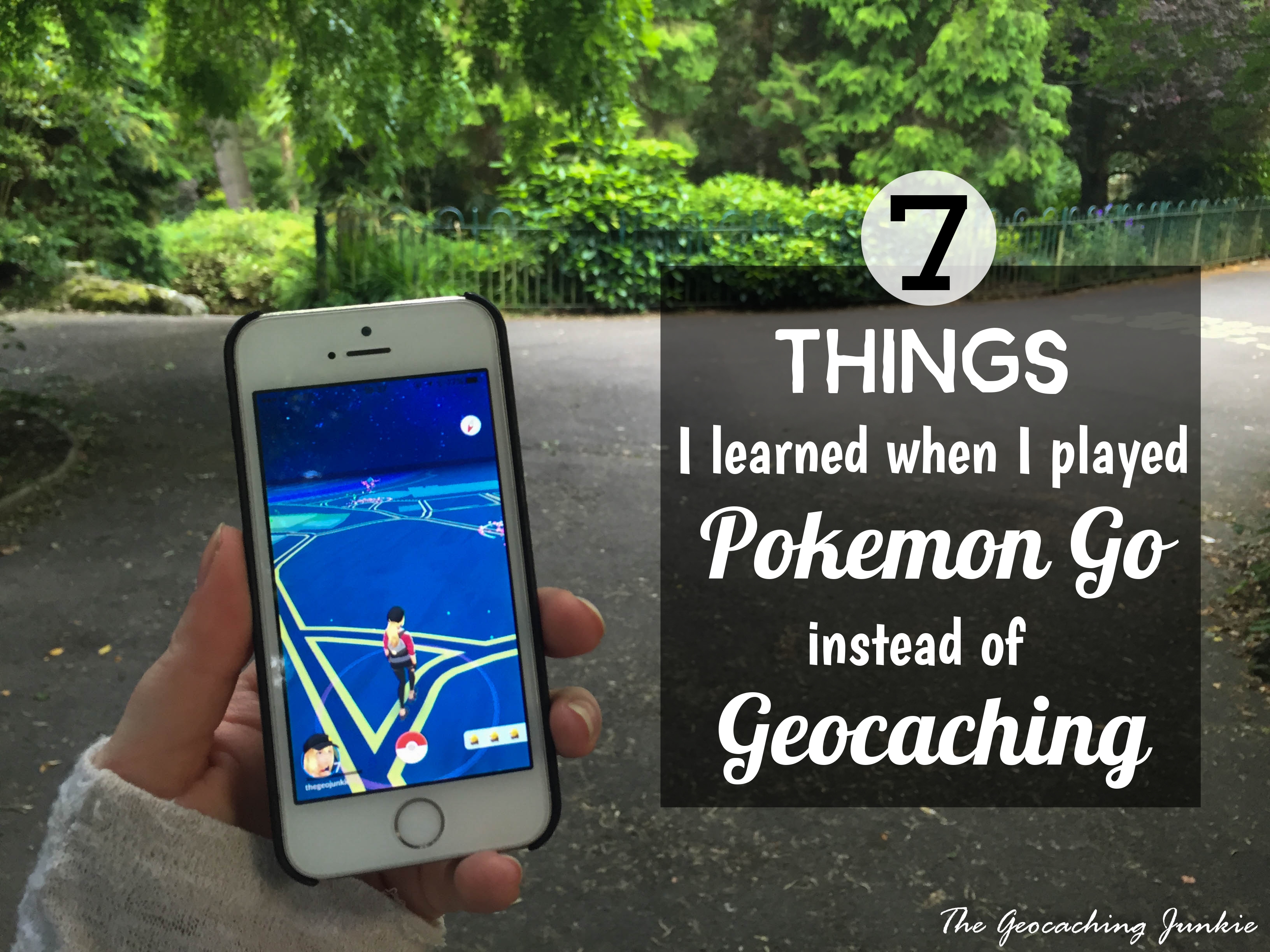 In the unlikely event you haven’t heard of Pokemon Go, it’s a location based, augmented reality game developed by Niantic, the makers of Ingress. It’s absolutely everywhere. Even if you’re not on social media, you can’t escape it: many pubs and restaurants are using it to lure so-called ‘PoGo’ players inside with the promise of Pokestops. 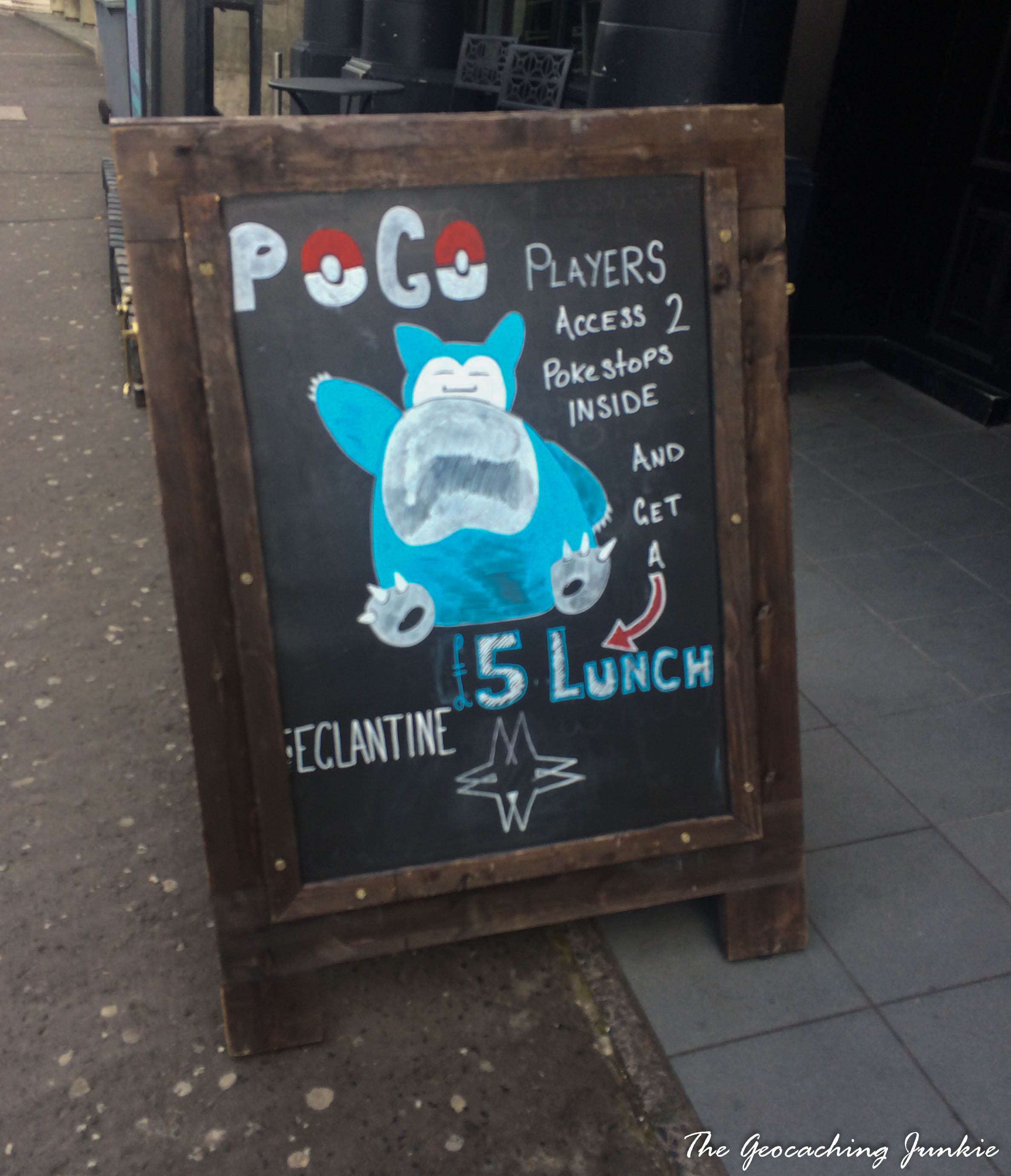 Initially, I was dubious. Okay, that’s slight underplaying it. Initially, I was downright outraged. Why were people so crazy about this game when they scoffed and sneered at my ‘nerdy’ geocaching hobby? Both are location based games. Both have people out in the world, walking in circles, staring at handheld devices. Since when the heck was Pokemon ‘cool’??

My initial disapproval wasn’t helped by the plethora of posts about Pokemon Go in geocaching groups. I wasn’t the only one upset. Comments ranged from, “this is the worst thing ever” to “I’m breaking up with geocaching to go steady with Pokemon Go“. The middle of the road consensus was, “I have nothing against it per se, but for the love of all things prefixed with geo, this is a GEOCACHING PAGE!” I shared this sentiment.

My outrage soon subsided, mainly due to the fact I wasn’t really sure why I hated Pokemon Go so much when I had never really tried it. I was acting like a petulant three-year-old who refused to even taste broccoli because she already decided she hated it. No, it would be much better to actually give it a go myself and then hate it with a list of reasons as backup! So I tried it. And guess what? I didn’t hate it. Though I won’t be breaking up with geocaching anytime soon.

Here’s what I learned about Pokemon Go:

1. It drains my battery and overheats my phone

Think a battery pack is a good investment when you’re geocaching? You might need several if you’re going to play PoGo. I have never experienced any other app draining my battery as much as this game. 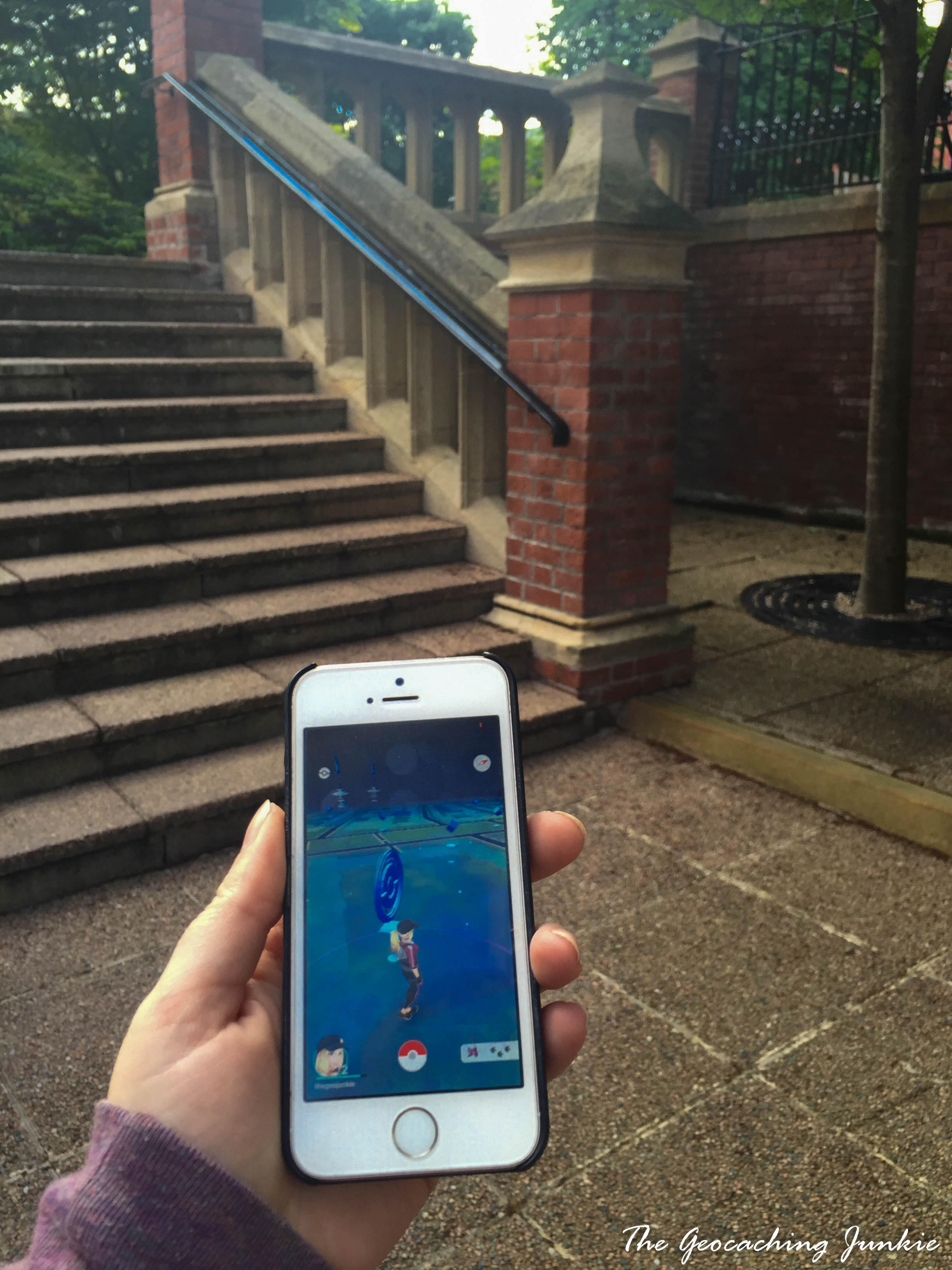 Cnet tested it out on an iPhone 6S and found that it took 15% of your battery in 30 minutes of play, but this is only when you have absolutely no other apps running on your phone. To be frank, this seems to be understating completely the level of battery drain I’ve experienced, but maybe because I’m using an iPhone 5S and not a 6S. (Incidentally, I have since discovered the ‘battery saver’ option and try to turn off AR when catching, as this really saves power.)

Matt Hill at Digital Spy described it as a ‘big, buggy mess’. That pretty much hits the nail on the head. The servers are overloaded. GPS won’t connect. Failed to login. Some days are better than others. I guess the developers couldn’t have foreseen that the app would be get more daily use than Twitter, and they just weren’t ready for so many users all at once. It’s still very frustrating.

Having cleared out all geocaches within walking distance of home, Pokemon Go has given me another reason to walk around the block, and even further afield. This is a great thing for the gaming-obsessed, who up until now, had to sit at home to get their fix. This game is getting them off the couch and outside. Yes, they might be staring at their phones, but at least they’re outside and moving. 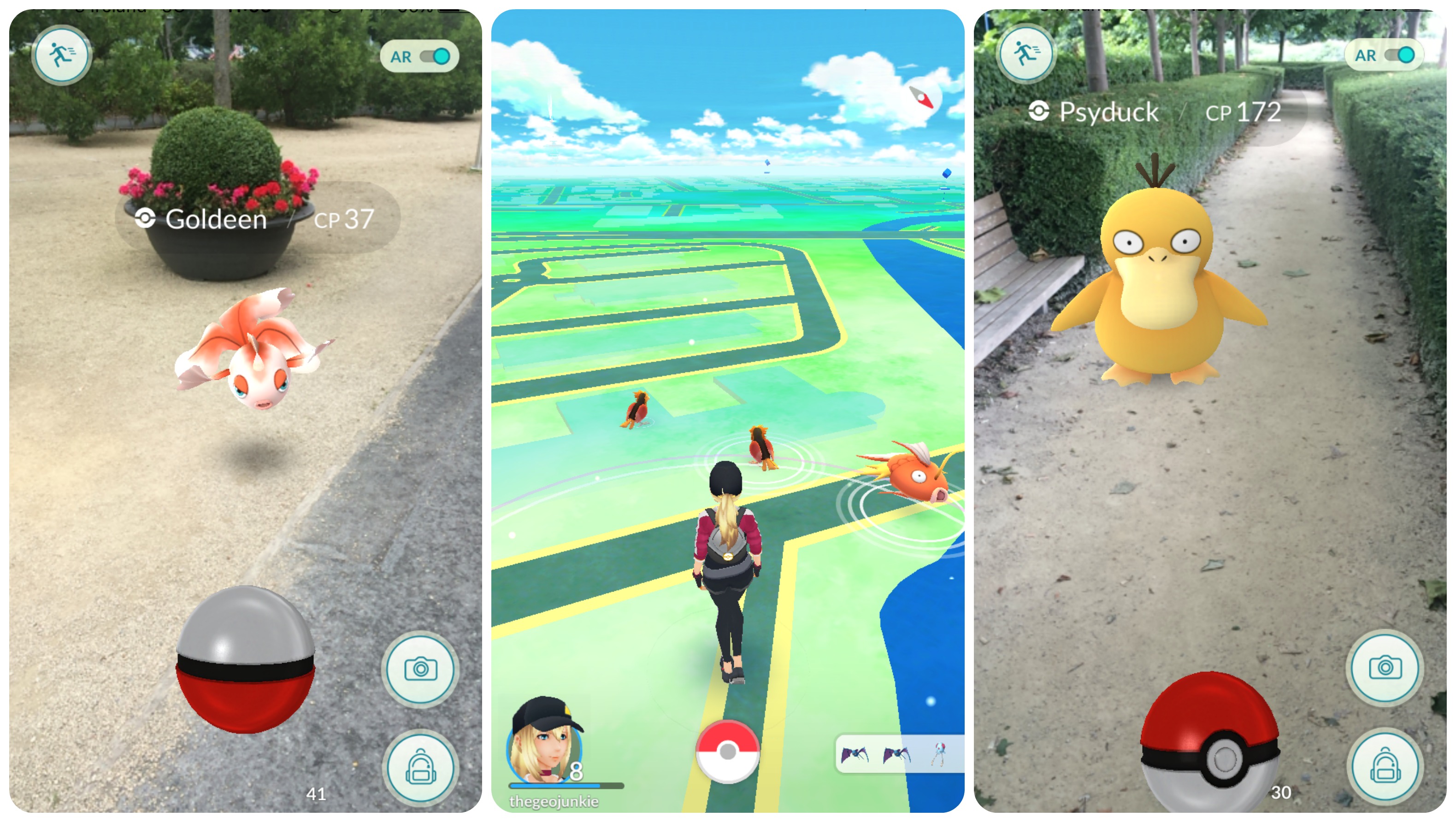 Of course, you can still catch Pokemon from your couch, or even your bed, but that will only get you so far.

4. It keeps on giving

You’ve already found a Pokemon at the local park, but you can find another one in the exact same spot later on. With geocaching, you’re much less likely to visit the same spot again. Yes I know, you can revisit hides to drop TBs or if a cache is archived and a new one placed, but this happens much less often than the appearance of new Pokemon to catch!

5. It doesn’t really work outside of urban areas

On a hill walk just outside Belfast city to find a cache that hadn’t been found in over two years, I pulled up the app to see what Pokemon were around. Nothing. Nada. Zilch. I live in a city, and have 12 Pokestops within a half mile radius, but if you live further afield, you’re staring at a barren wilderness. It also means that Pokemon Go doesn’t incentivise people to really experience the countryside the way that geocaching does. It’s very much an urban game. 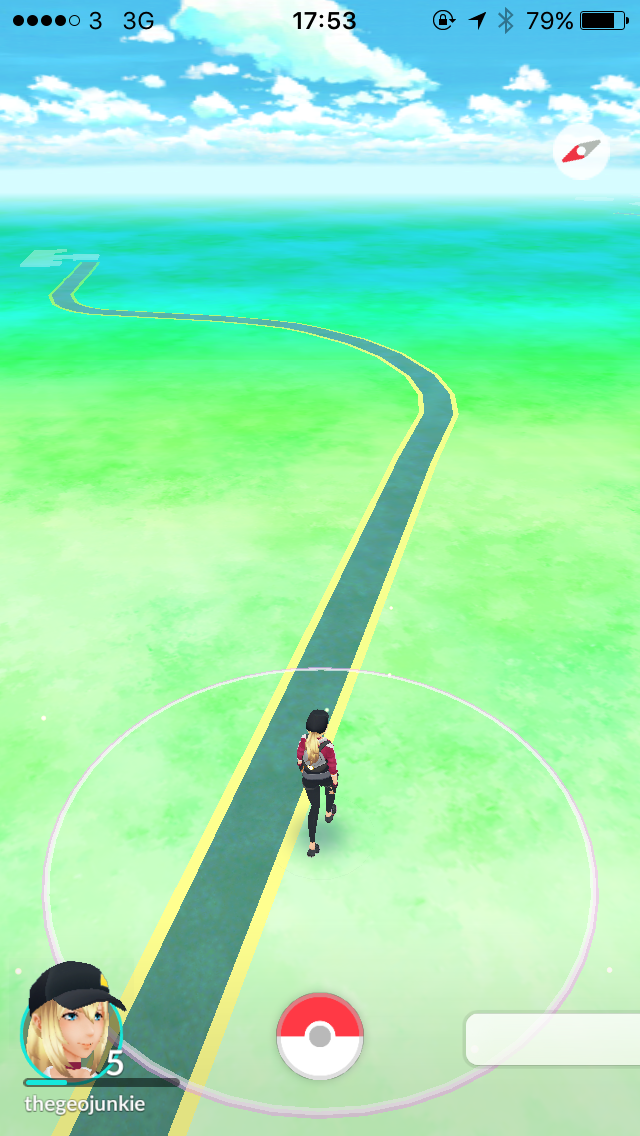 All the Pokemon Go landmarks were submitted by Ingress players and the submissions ended in September last year, so if there weren’t any Ingress players who also liked to go hill-walking in  your area, or who lived in your rural area, you won’t find any Pokemon there. Of course, you can use temporary lures to draw them in, but that will only get you so far.

You have to  use your data, which for some people is a big deal as they have tiny usage allowances. With geocaching, you can choose to play offline, either on your phone or handheld GPS receiver, or both!

It really is. I like the fact that the wild Pokemon seem to appear right in front of you on the ground, or a table, or somewhere inappropriate! This augmented reality is great fun and I hope to see it used in geocaching technology in future, as the game evolves.

After a few days of playing Pokemon Go, I can safely say I don’t hate it, but I won’t be changing my blog name to The Pokemon Junkie anytime soon. Geocaching brings me outside the hustle and bustle of the city and leads me to places to experience amazing vistas. It takes me to historical places in my neighbourhood I didn’t know about and highlights what’s significant there. In the location-based gaming world, it will always be my first and true love.

That’s not to say there isn’t a place for Pokemon Go in both the location-based app world and on my phone. Joshua, the Geocaching Vlogger, made this great video about why Pokemon Go is actually a good thing for geocaching.

Have you tried Pokemon Go yet? What do you think? Let me know in the comments! 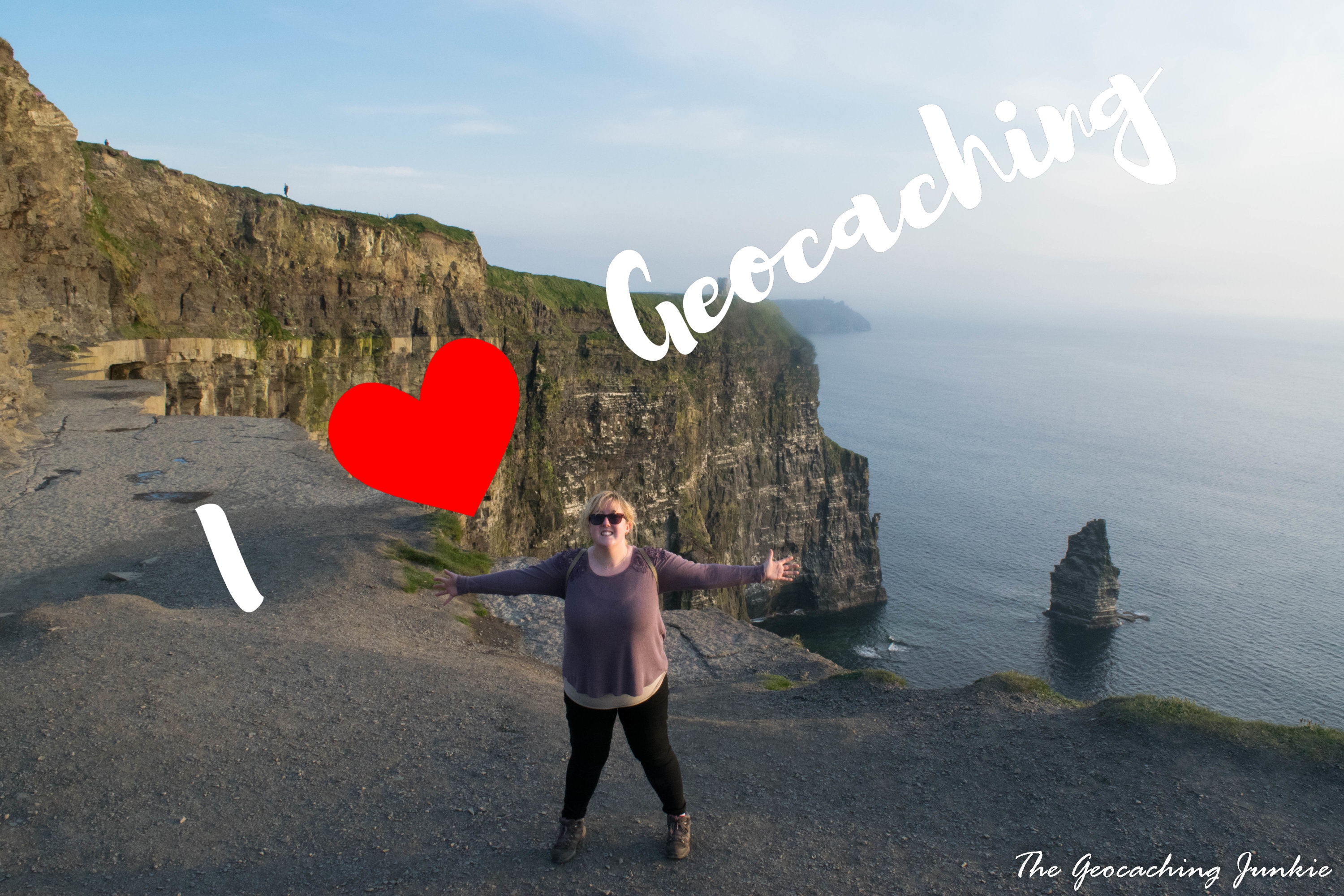