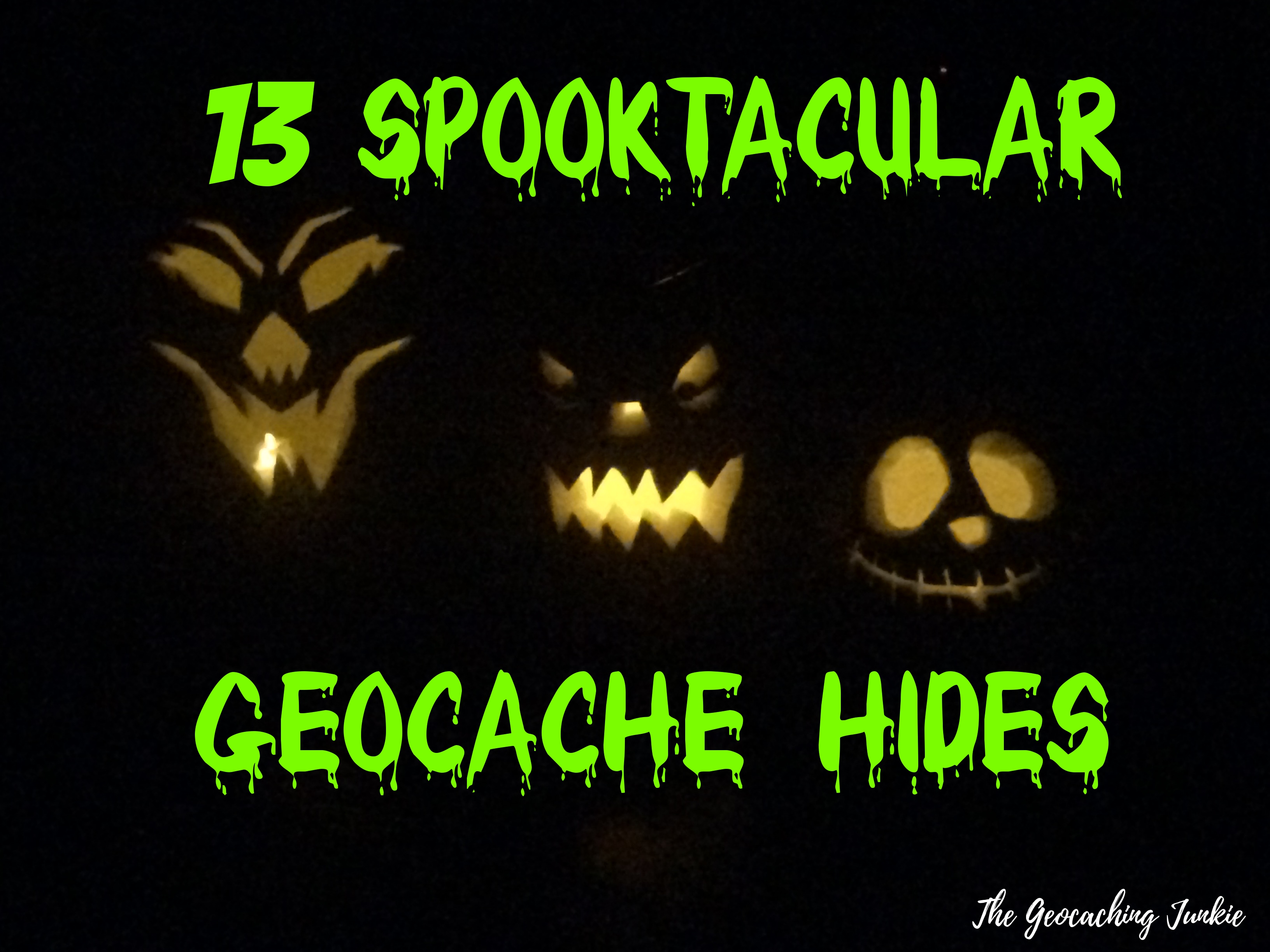 This coming Monday is Halloween, the annual festival of kids dressing up as scary characters and stuffing themselves full of sugar. The real spirit of Halloween is, well, spirits, as the celebration has its roots in the Celtic pagan festival of Samhain, when the divide between this world and the ‘other world’ was at its thinnest, thus allowing ghosts to pass through.

In today’s world, the last day in October is generally celebrated with ghosts, ghouls, Disney characters and everything generally terrifying. On 31st October 2014, my night cache Trick or Treat? (GC5FG6W) was published with a camouflaged ammo can stuffed full of spiders, skeletons and ever-frightening pumpkin confetti at the final. Unfortunately, the ammo can was recently stolen, but the cache lives on. 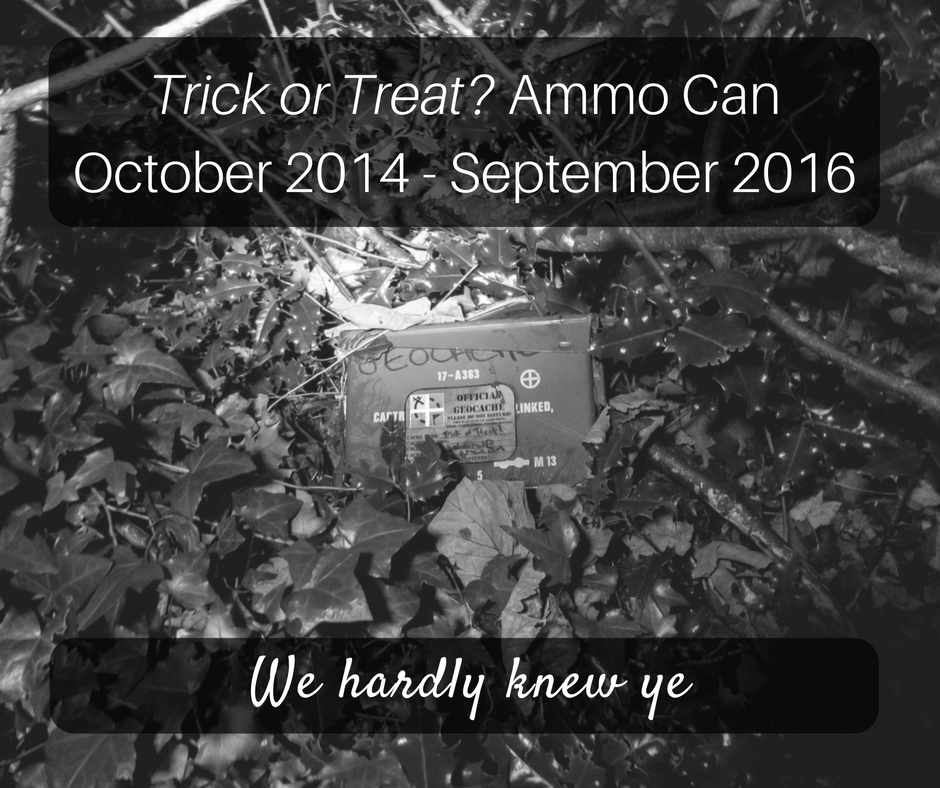 In honour of my Halloween-themed cache and for the season that’s upon us, below is a round up of thirteen (because, of course thirteen) scarily cute and some downright horrifying caches to inspire you to hide your own spooktacular cache.

1. The only frightening thing about this vampire is how gosh darn adorable he is!

I’m breaking you in gently with this one, folks…

3. The Birds is a horror film, but this is just one bird so it’s not so scary

Unless you have ornithophobia. And it’s dark. And then you think you see it move all on its own.

4. Some fake hands look quite unrealistic and are only scary for a split second

5. Others have to be poked with a stick sevearl times to ensure they’re not real

6. Sometimes a single digit is more frightening than the sum of all five

Unless it looks real runs away screaming

9. Terrifying clown head on a giant spring. What fresh hell is this?!

Technically not a geocache, but can you imagine opening the container to get to the logbook?!

10. I don’t even know what to say about this

Other than: that is one brave little girl.

12. Freakishly small arms or half of the arms missing? Is that a wig?

13. Unlucky for some. Definitely unlucky for you if you meet him at GZ.

Don’t forget to find a cache or attend an event between 29th and 31st October to earn a special souvenir and help the Ghost of Unfound Caches!