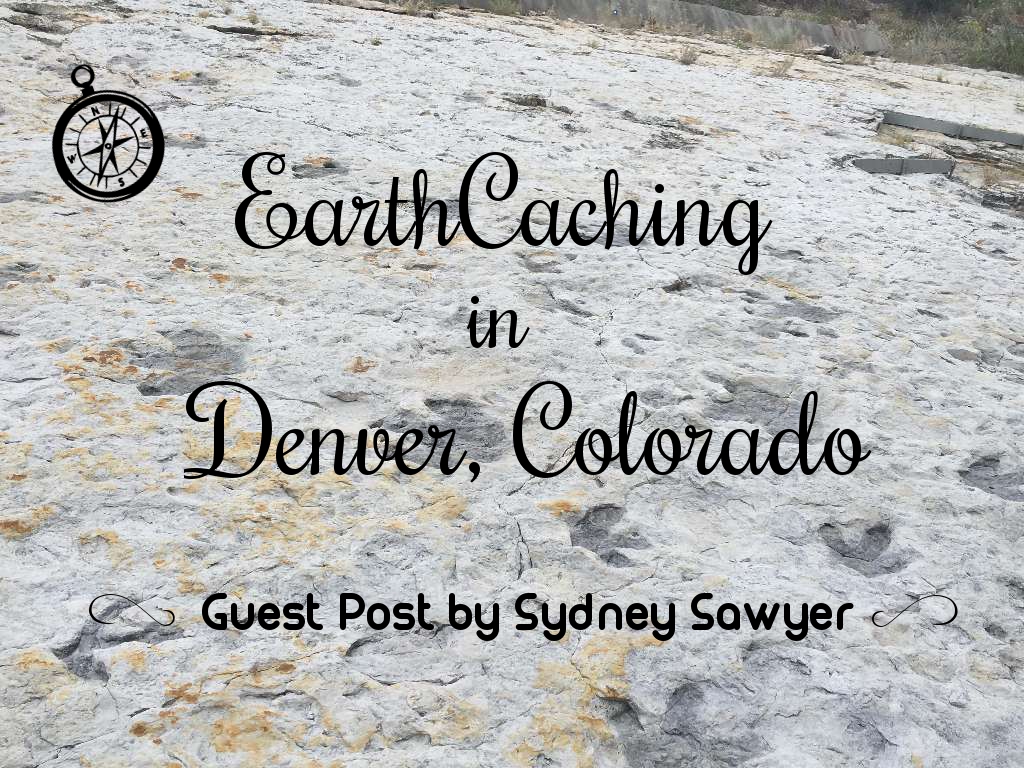 As much as I’d love to win the lottery and go find every EarthCache on the planet, the odds are pretty much stacked against me. That doesn’t mean that I can’t dream sigh. Sydney Sawyer attended the GeoWoodstock mega in Colorado this summer and got to explore some amazing ECs. She kindly shared her experiences and photos with me. Denver is definitely firmly on my bucket list after reading about her adventures!

Recently I had the amazing opportunity to attend GeoWoodstock 14er in Denver, Colorado with my boyfriend and our dog. One of the things I enjoyed most about my trip to Denver was all the breathtaking places I got to see. And do you know what type of caches are usually at these types of places? EarthCaches!

The day we arrived to the Denver area we had a few hours to kill before we could check into our hotel. We ended up going to a place called Dinosaur Ridge in Morrison, Colorado. The area around Dinosaur Ridge is full of dinosaur fossils and tracks. In 1877, some of the best known dinosaurs were discovered here by Arthur Lakes. We were able to do 3 EarthCaches here.

Speeding Along the Dinosaur Freeway (GC1PR86)

This EarthCache was my favorite at the park. It brings you to an area of that contains at least 335 tracks from at least 37 individual dinosaurs. The rocks here are from 100 million years ago during the Cretaceous Period. There are 4 distinct types of tracks in this area; Ornithopod and Theropod dinosaurs, crocodiles, and birds. For this EarthCache, you need to determine which tracks are from dinosaurs and calculate how fast the dinosaur was going when it made the tracks. This can be calculated by measuring the footprint length and the stride length between two successive placements of the same foot. I’m a bit of a math nerd so the combination of dinosaurs and math was fun for me! 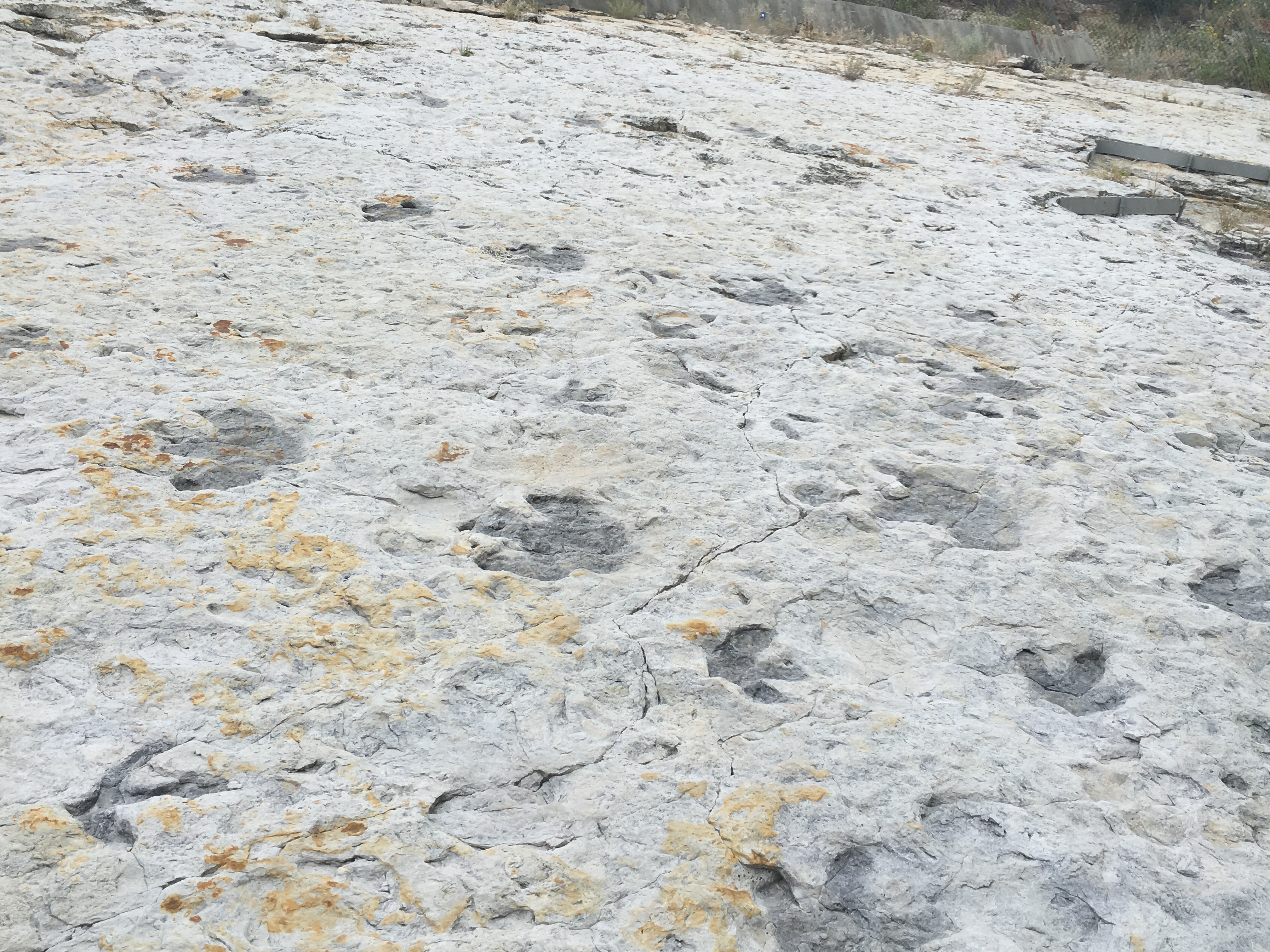 As the title implies, the next EarthCache along the trail at Dinosaur Ridge was about ripple marks in the bedrock. Ripple Marks are subparallel wavy ridges that are left on sand or mud by the action of water or wind, and can be fossilized. They can be either symmetrical or asymmetrical. I have probably seen ripple marks on rocks many times before but I never stopped to think about how they actually got there. 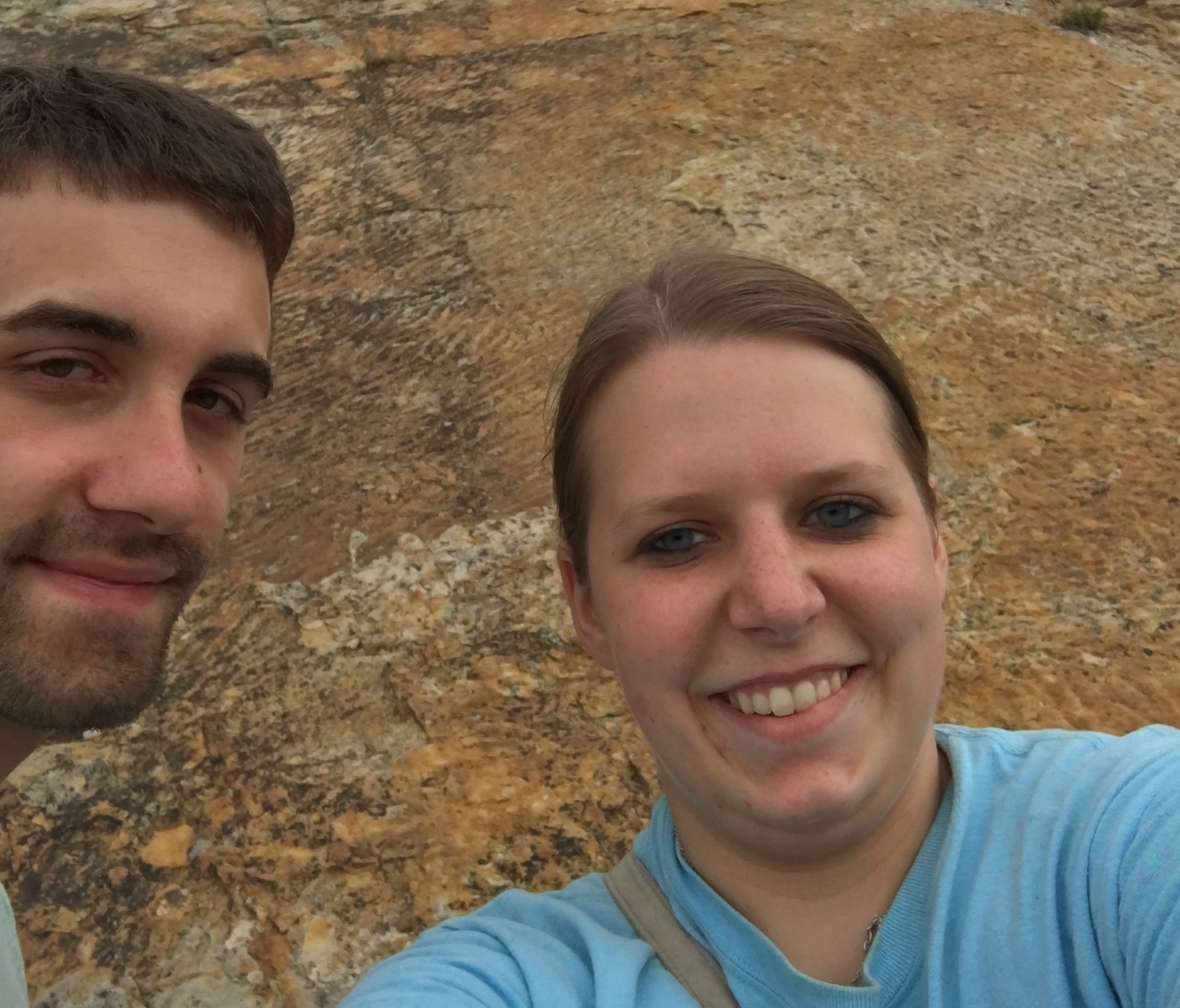 The last EarthCache we did at Dinosaur Ridge was another really cool one. This EC features a really bizarre rock formation, and it looks just like a dinosaur egg! In reality, it is called a concretion, which is a center object, such as a leaf, fossil or shell, that has been coated with layers of minerals throughout the years. Finders of the EarthCache had to estimate this concretion’s size and make a guess at what is in the center. This was something I had never seen before and that is a big reason of why I love geocaching so much. 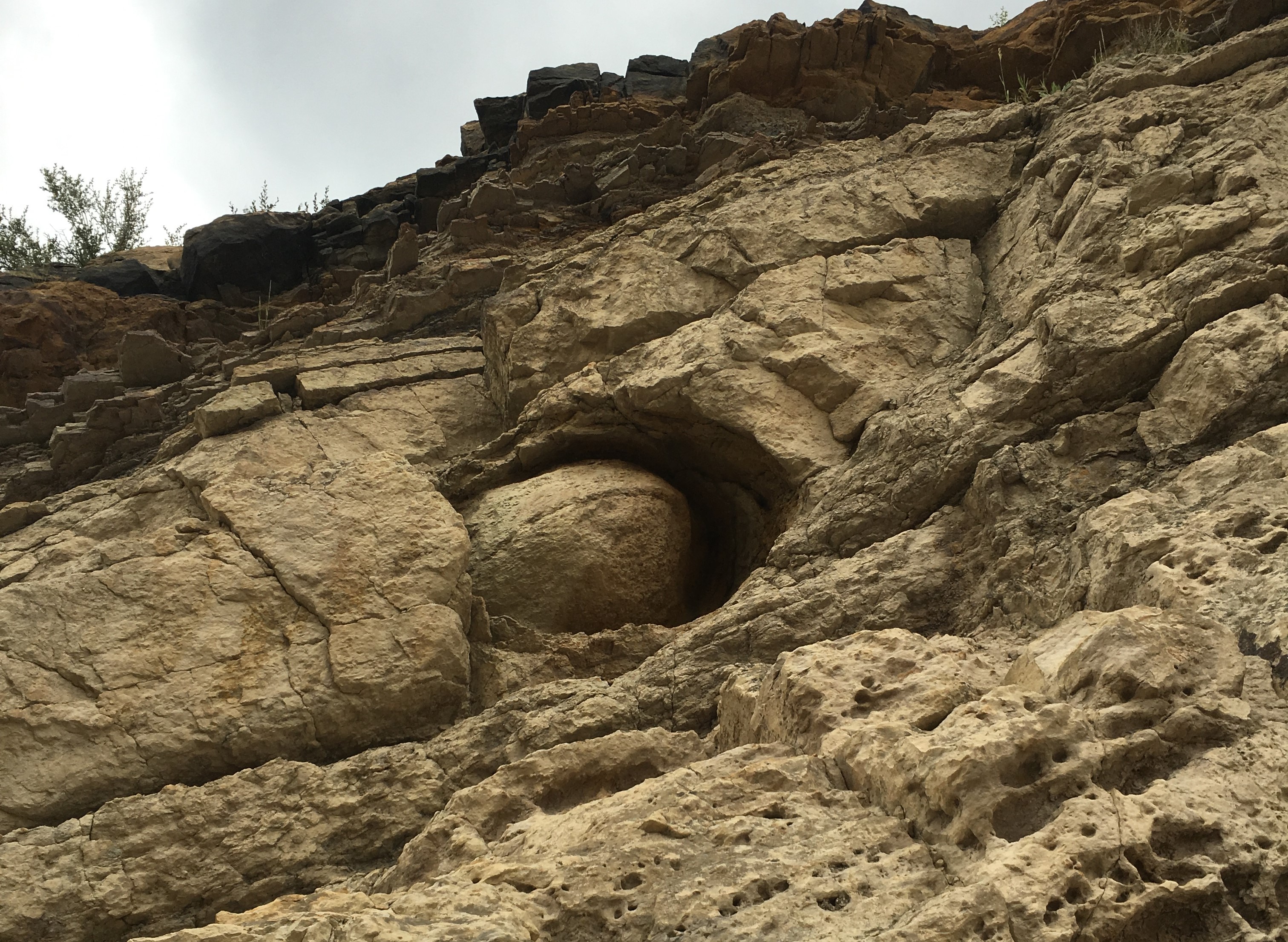 On Friday, July 1 we decided to go to Garden of the Gods park in Colorado Springs. Garden of the Gods features some really huge rock formations that suddenly rise right out of the ground. There are quite a few ECs at the park but we only had time to do two.

Garden of the Gods Earthcache (GCND0E)

This EC brings you to the Visitors Center, which has a lot of great information about the park and how the rock formations came to be. This cache is meant to be done on a driving tour of the park. It points out various stops along the way such as The Kissing Camels, Twin Spires of Sentinel Rock, the Balanced Rock, Keyhole Window and Sleeping Giant. 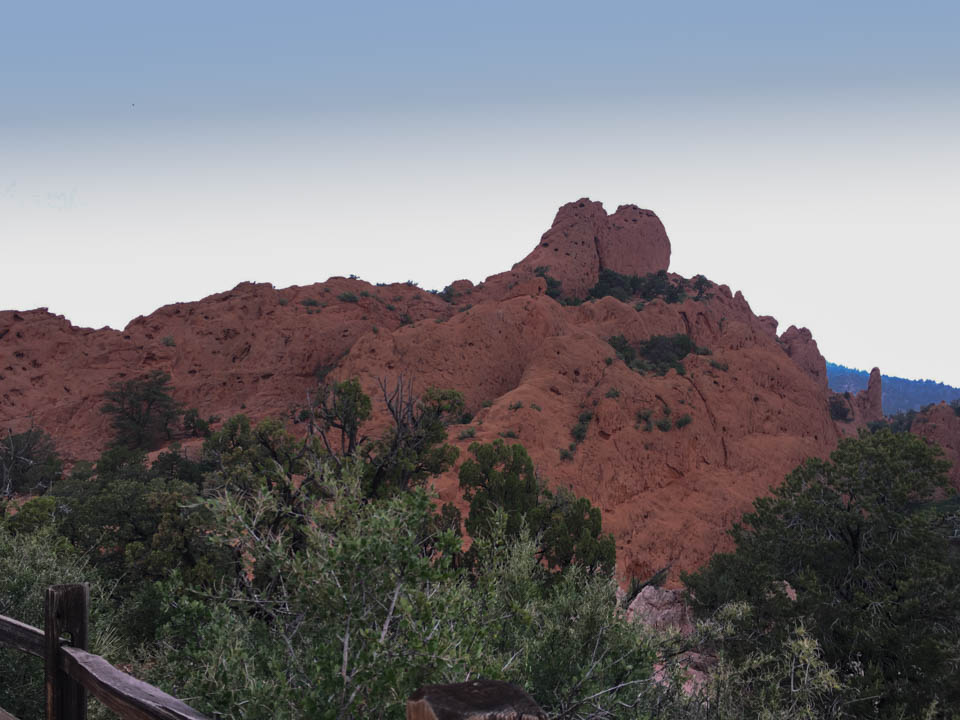 This was the EarthCache I was most excited to do at Garden of the Gods because I own an EC about a balancing rock too. This rock however is significantly bigger than the one at the site of my EarthCache. The rock weighs over 700 tons and has been resting in this spot for thousands of years. It is a very popular photo spot, so much so that back in the 1890s Paul Goerke and his son started a business and took photographs of tourists at the amazing rock, charging them 25 cents. 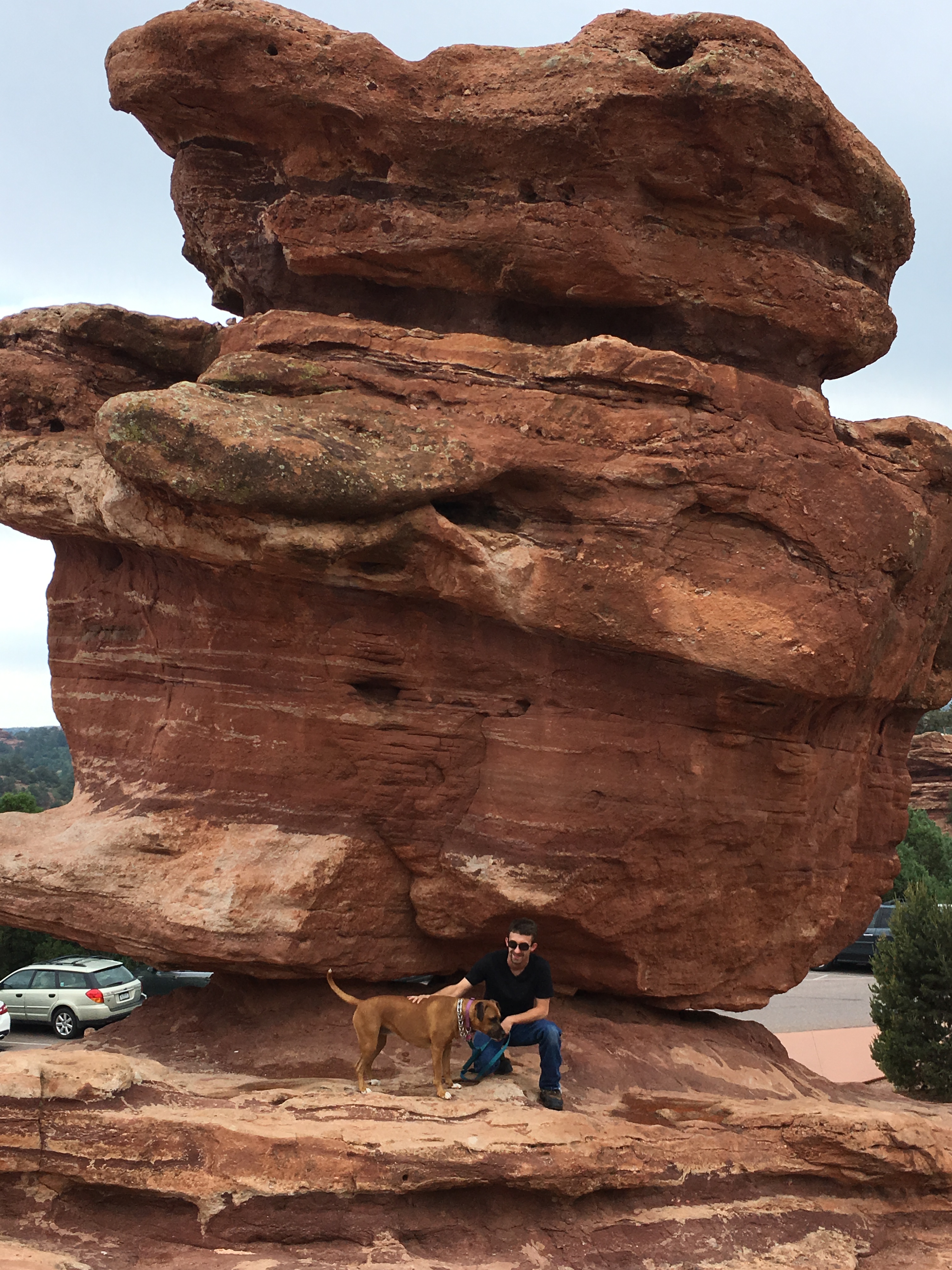 The last EC we did was on the day of the Mega, July 3rd. This EarthCache was published, along with many other caches, specifically for the Mega event. I was really excited about this one because I was making an attempt to find 10 different geocache types that day.  Wetlands are areas where water covers the soil, or is present either at or near the surface of the soil all year or for varying periods of time during the year. The presence of water throughout the year promotes the growth of aquatic plants and provides a habitat for many animals. Although the wetlands here were man made, there is still a lot to learn about them. Types of wetlands are determined by many factors. Two of these are where the water in the wetland comes from and if the wetland has an outlet. These were observations that you were required to make at GZ. 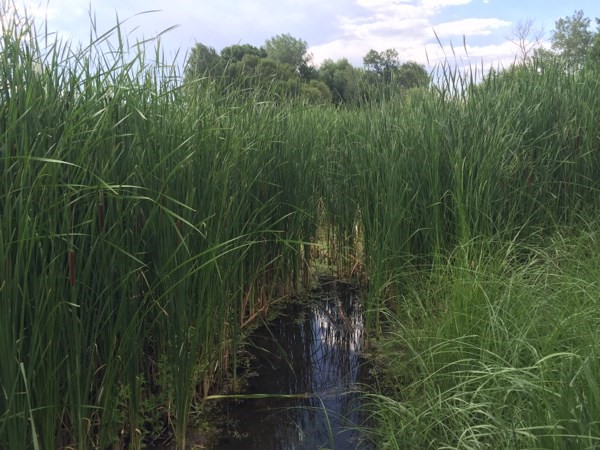 I really enjoyed all of the EartCaches we did while we were in Colorado. Colorado is an entirely different world than what I am used to here in New York, I only wish we had more time to spend there. Hopefully someday I will get to go back.

Sydney Sawyer or Sherminator18 is from central New York and has been geocaching since August 2014. She often goes caching with her boyfriend, McDoogins and their geopup Rogue. She writes about her geocaching adventures at her blog, The Life of a Geocacher.