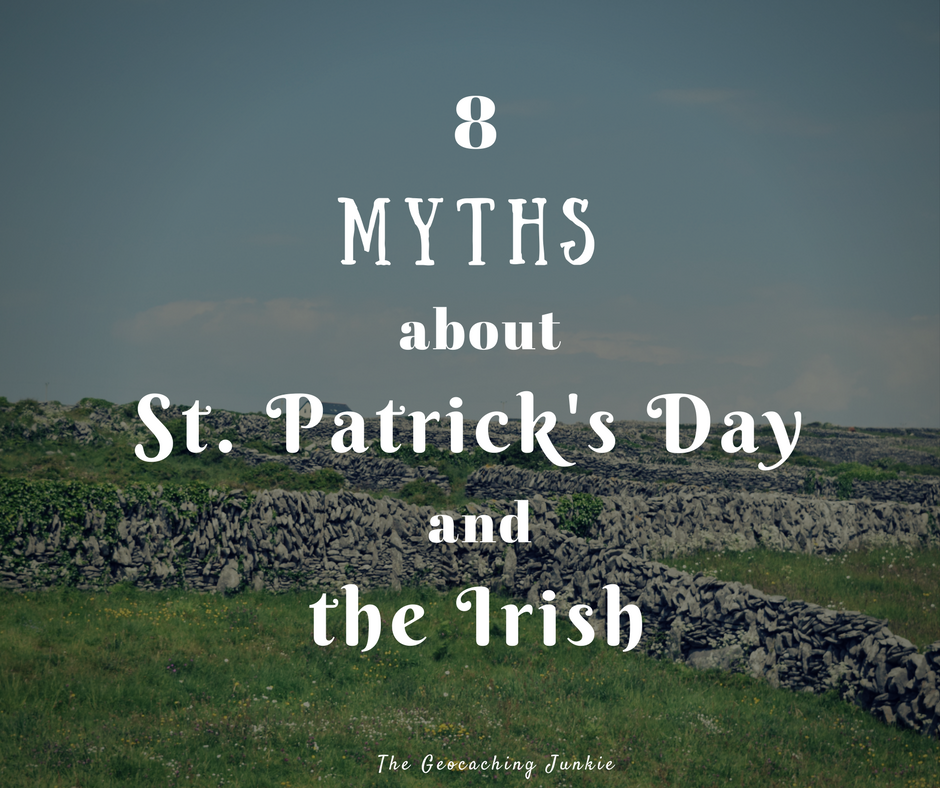 Today is Saint Patrick’s Day – the one day a year that the world celebrates Ireland and ‘Irishness’. It’s the most widely celebrated national holiday in the world, with festivities going on in almost every corner of the globe. Just the fact that so many people celebrate makes me proud to be Irish.

As I was researching my blog post about locations related to St Patrick, I repeatedly came across frankly hysterical assumptions that people make about Ireland and the Irish. Since most of my readers are outside Ireland, I thought it might be helpful to try and dispel some myths that some people believe about St Patrick and the Irish.

Sure, the small percentage is still about 5 times higher than the incidences of red hair in the US, but we are definitely not all flame-haired gods and goddesses (as much as we’d like to be. Sigh.)

2. We don’t eat potatoes all the time

Traditionally, potatoes were popular in Ireland because of the ease with which they can be grown. We’re talking in the times before popping to the local store for a frozen meal and a bottle of Coke. But nowadays, we have actual grocery stores all over the island – I know, shocking – so we’ve spread our culinary wings somewhat and eat a few things alongside potatoes.

3. We almost never say ‘Top of the morning to you’

There is evidence of this phrase being used in Victorian Times, but even then it was already a bit archaic. So who brought it back? Was it that pesky leprachaun and his lucky charms?! It’s unclear why this phrase is so closely associated to the Irish even now, but one thing is for sure, the only time I have ever heard the phrase being uttered by an Irish person, is when mockingly making reference to a ludicrous stereotype.

‘Magically delicious’ cereal containing marshmallows is not actually a staple of an Irish breakfast. In fact, it’s only in the last couple of years that Lucky Charms have even been available to buy in Ireland and even so, they’re still not widely available.

Our patron saint came to Ireland as a slave from Roman Britain and it’s widely believed he was in fact a Welshman. He escaped his captor after a few years and travelled back to Britain, before returning to Ireland to spread the message of Christianity.

6. The shamrock is Irish, the four-leafed clover is not

St Patrick used a shamrock to teach Irish people about the Trinity due to its three leaves. A shamrock is a type of clover, but the rare four-leafed clover isn’t specifically linked to Ireland like the shamrock is – an annoyingly common misconception.

7. Pinching people who don’t wear green on 17th March is not a thing here

I was first acquainted with this when an American friend launched an unprovoked attack on me (read: she pinched me) for not wearing green on St Patrick’s Day. What the feck?! I did a little research and apparently this comes from a legend of leprechauns pinching anyone not wearing green like they themselves. Curious, since leprechauns were referenced as wearing red, and not green, before the the turn of the 20th century. Either way, Irish people don’t pinch people on 17th March. Well, not for this reason anyway.

The informal name for our national holiday is the subject of much debate every year around the 17th March. ‘St Patty’s Day’ is widely used in the USA but it is simply considered wrong in Ireland. If you want to use a more casual name, it’s Paddy’s Day, Paddy being the nickname for Patrick.

I’m looking at you, America, you do this every damn time. It’s St. Paddy, not St. Patty. #paddynotpatty pic.twitter.com/CwDrGOalXz

Put simply, ‘Patty’ is either the meat in a hamburger, or Marge Simpson‘s sister.

In 2016, the Irish accent was voted the sexiest in the world but not everybody finds it easy to emulate, so here’s a handy guide to perfecting it, in honour of our national day. You’re welcome 😉 (Oh, and you might want to go somewhere away from colleagues or children before you try it…)

Will you be celebrating Saint Patrick’s Day? Let me know in the comments!