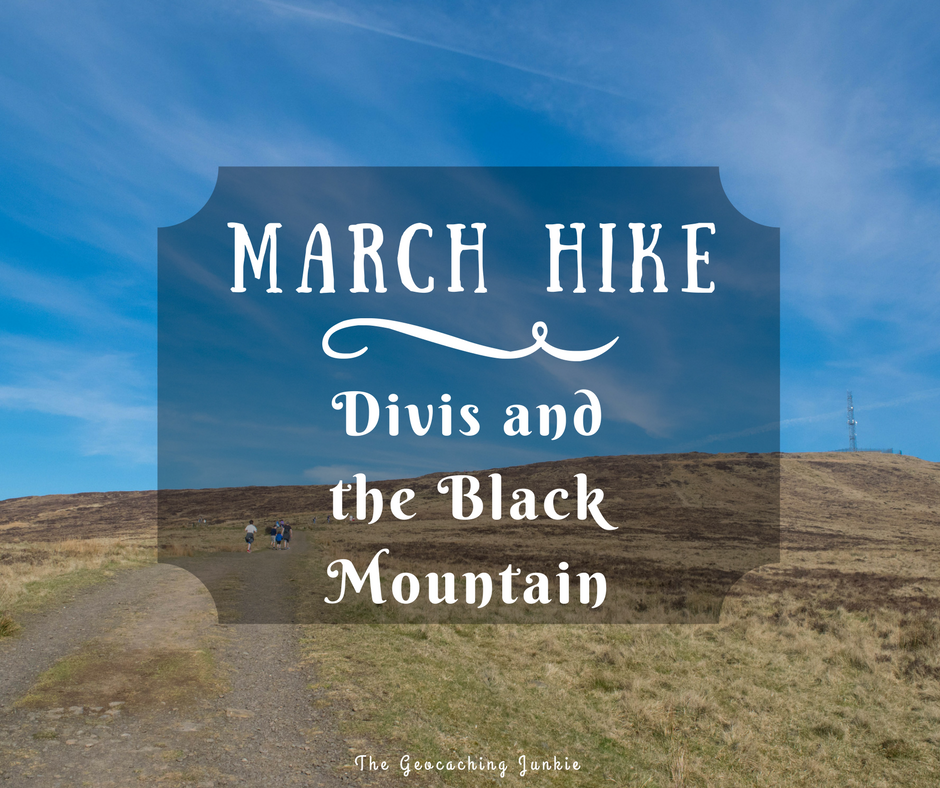 March proved to be a much busier month than I anticipated, so I was down to the wire on where and when to hike, or even if I could manage to fit it in at all. In the end, a last minute decision was made on Saturday afternoon to head to Divis and the Black Mountain, just west of Belfast.

I know, I know, it’s March, but the sun was splitting the sky and it was a positively balmy 15 degrees Celsius, which, in case you’re not familiar with the climate on these shores, is almost an Irish summer!

Divis stands at 478 metres (1,562ft) but by the time you reach the car park on Divis Road, you have already gained a significant amount of height so it’s a relatively leisurely walk. There are four trails to choose from: lough, heath, summit and ridge. I’m becoming quite partial to a view from a high point, so it was a no-brainer which path I wanted to take.

The summit trail is described as ‘moderate’ on the Belfast Hills website. All the trails appear to be well maintained by the National Trust and the summit trail is quite easy-going for the majority of the way up to the top. The last part is a winding trail with large rocks placed along it, presumably to stop quad bikes racing along.

There are quite a number of caches dotted around the area, placed mostly off the trails. Unfortunately, some haven’t been found for quite some time and others are in quite a bad state. I have yet to find them all but of the four I have found, only one was in good condition, but that cache was only published last year.

I found two caches during our hike last weekend and both were completely waterlogged, making it nigh on impossible to write on the logbook – I just about managed it thanks to my trusty Sharpie. I’ll list only the caches I have found below, but there are several more in the area:

Sometimes the cache is the highlight of the adventure, other times it’s the view and if you’re really lucky, it can be both. I was a bit disappointed by the geocaches on the hike, but the vista when we reached the summit of Divis more than made up for that.

The panoramic views over Belfast are breathtaking and well worth the moderate walk to the top. I have vowed to come back again to experience the view at dusk and sunset; it’s a great place to do it as the trails would be easy enough to tackle even with just a head torch.

On a clear day, the Scottish, Cumbrian and Welsh uplands are meant to be visible also, but despite the sunshine, the view was a little hazy when we were there. As well as the magnificent views, there is a radio mast and a trig point at the summit.

Situated circa 20 minutes drive outside Belfast city centre, Divis and the Black Mountain are easily accessed if you’re visiting the city and want to enjoy 360° views. There is a free car park on Divis Road (N 54° 35.966 W 006° 02.529) and many people were parked on one side of the road when that was full. There used to be paid parking at the Divis Coffee Barn, about half a mile along the trail from Divis Road, but the coffee shop sadly closed down permanently in October 2016 and the road to the car park is now gated.

There are no toilet facilities along the trails and no formalised places to sit so it’s advisable to take that in to consideration if you’re planning a picnic.

There are many more caches to find and more trails to walk too, and I’m delighted to have uncovered a new favourite place to walk less than 20 minutes from home. I am really looking forward to going back again, particularly in summer and autumn, to see how the landscape changes. Whether or not we’ll be as lucky with the weather is anybody’s guess!

What hidden gems have you uncovered in your local area thanks to geocaching? Let me know in the comments!