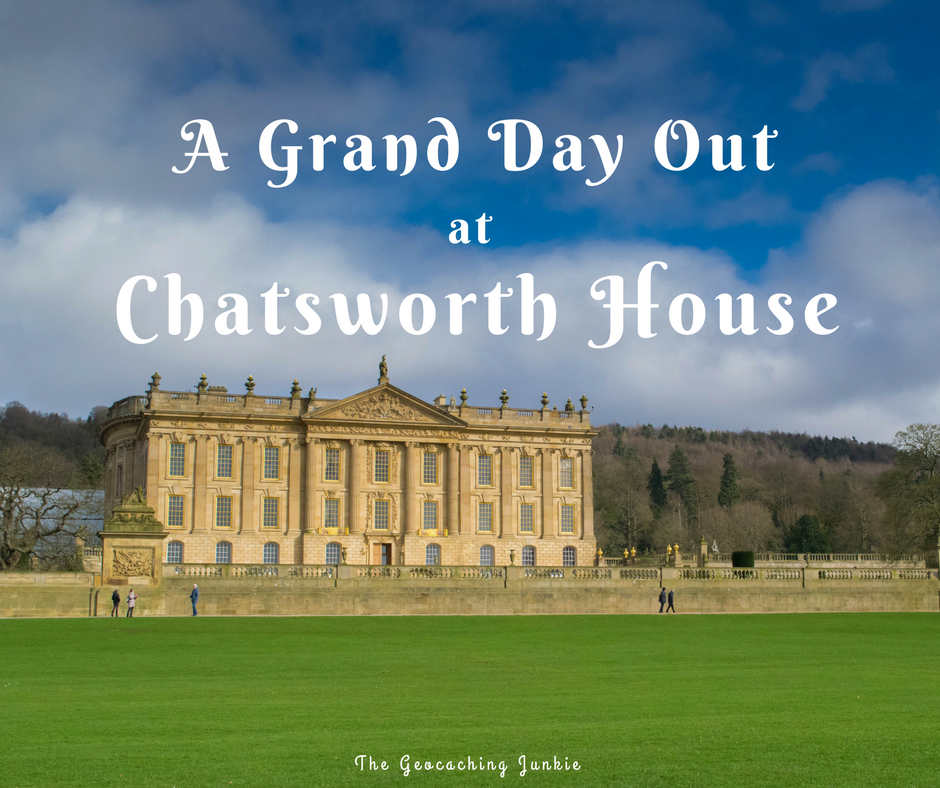 Houses with History calls Chatsworth House “undisputedly, one of the greatest homes in England.” While I can’t claim to have visited a plethora of English stately homes to compare it to, I can definitely concede that Chatsworth is spectacular, both inside and out. Located in the picturesque Peak District, the house is just a short drive from Matlock, where I spend time every few months, and it has been on my list to make a visit for some time. 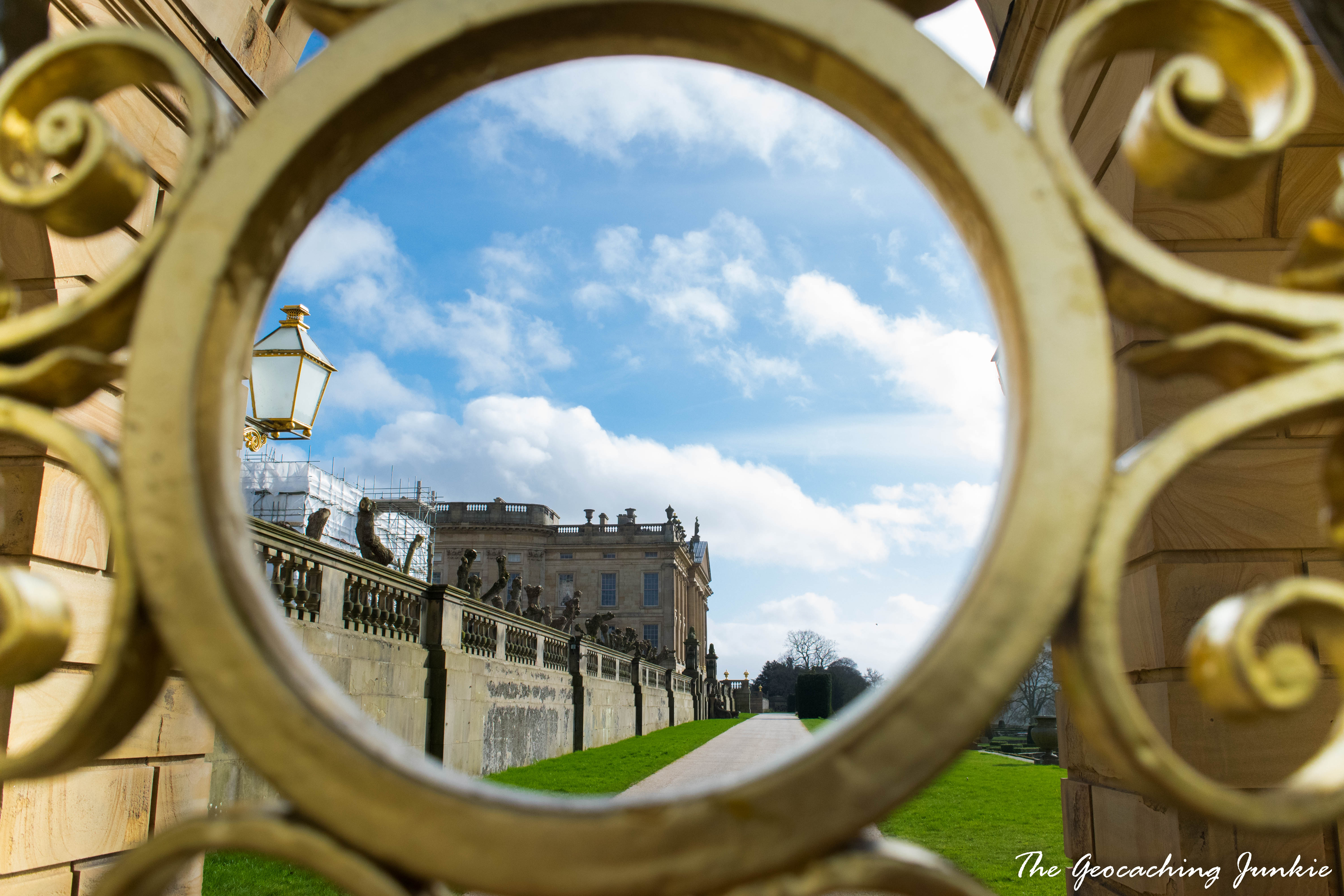 My interest was galvanized when I recently started devouring episodes of Downton Abbey on Netflix. Several friends had recommended the historical period drama to me, but I was never convinced I would really enjoy it. I was stuck for something new to watch so decided to give it a go and was hooked within minutes. My new obsession with the show put Chatsworth firmly on the top of my to-do list on my next visit to Derbyshire.

Sitting 3.5 miles north-east of Bakewell, the Chatsworth Estate covers an immense 35,000 acres of the Peak District National Park. There is free access to most of the outdoor parts of the estate (excluding the gardens), although if you want to park anywhere within easy reach, you’ll have to fork out £4 at the house car park and £3 at the Calton Lees car park. 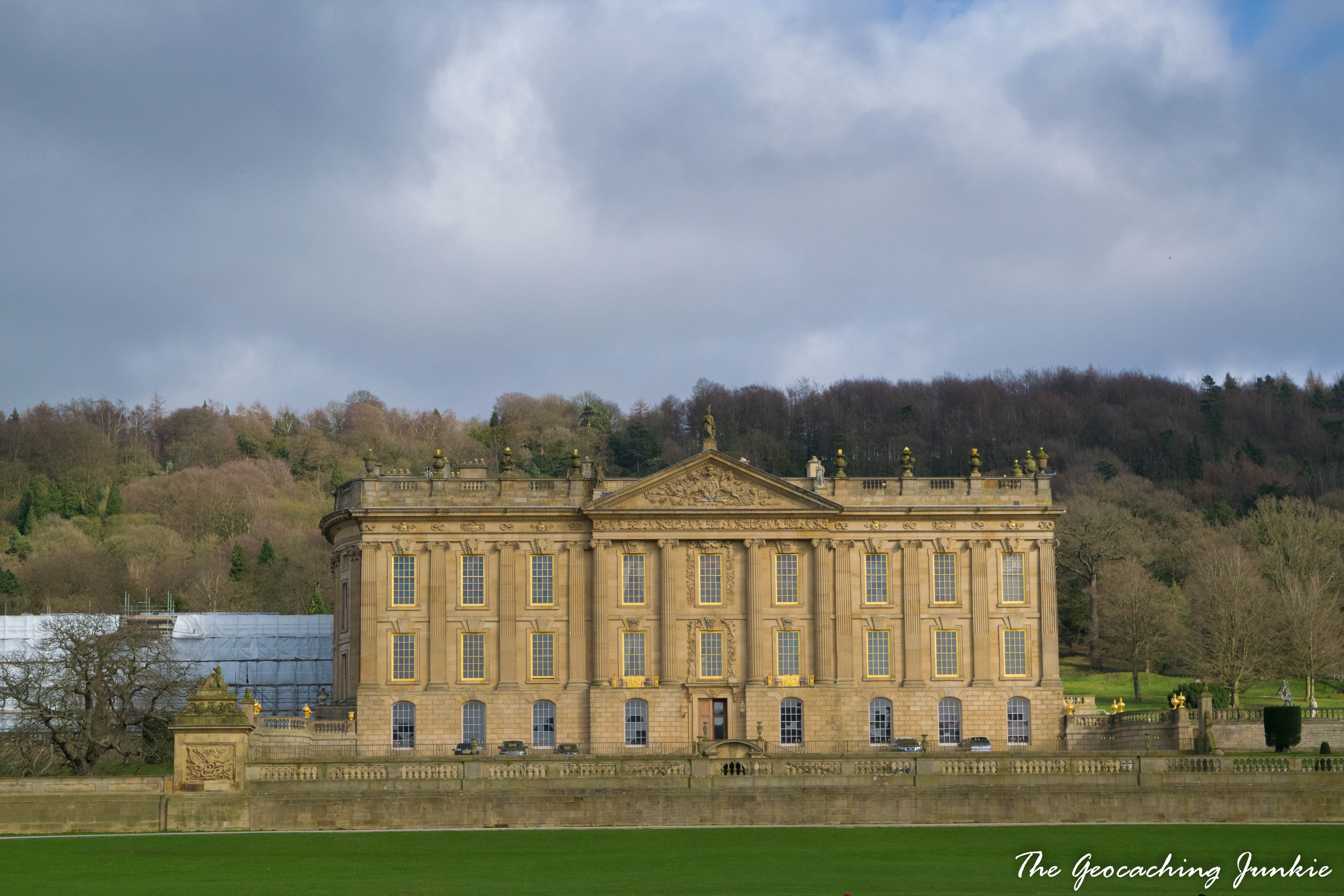 There are several ticket combinations available, but we went for the top price ticket of £40 per person, which included entry to the house and gardens, as well as afternoon tea. This ticket didn’t allow entry to the farmyard or playground, but it did include the audio tour.

The Past Meets the Present

It’s easy to forget when walking around a house as grand as Chatsworth, that it is still somebody’s home. Wandering around grand residences like the Palace of Versailles just outside Paris or Schönbrunn Palace in Vienna, you are very much aware that you’re walking through a museum; a sort of memorial of times past, but not something current. 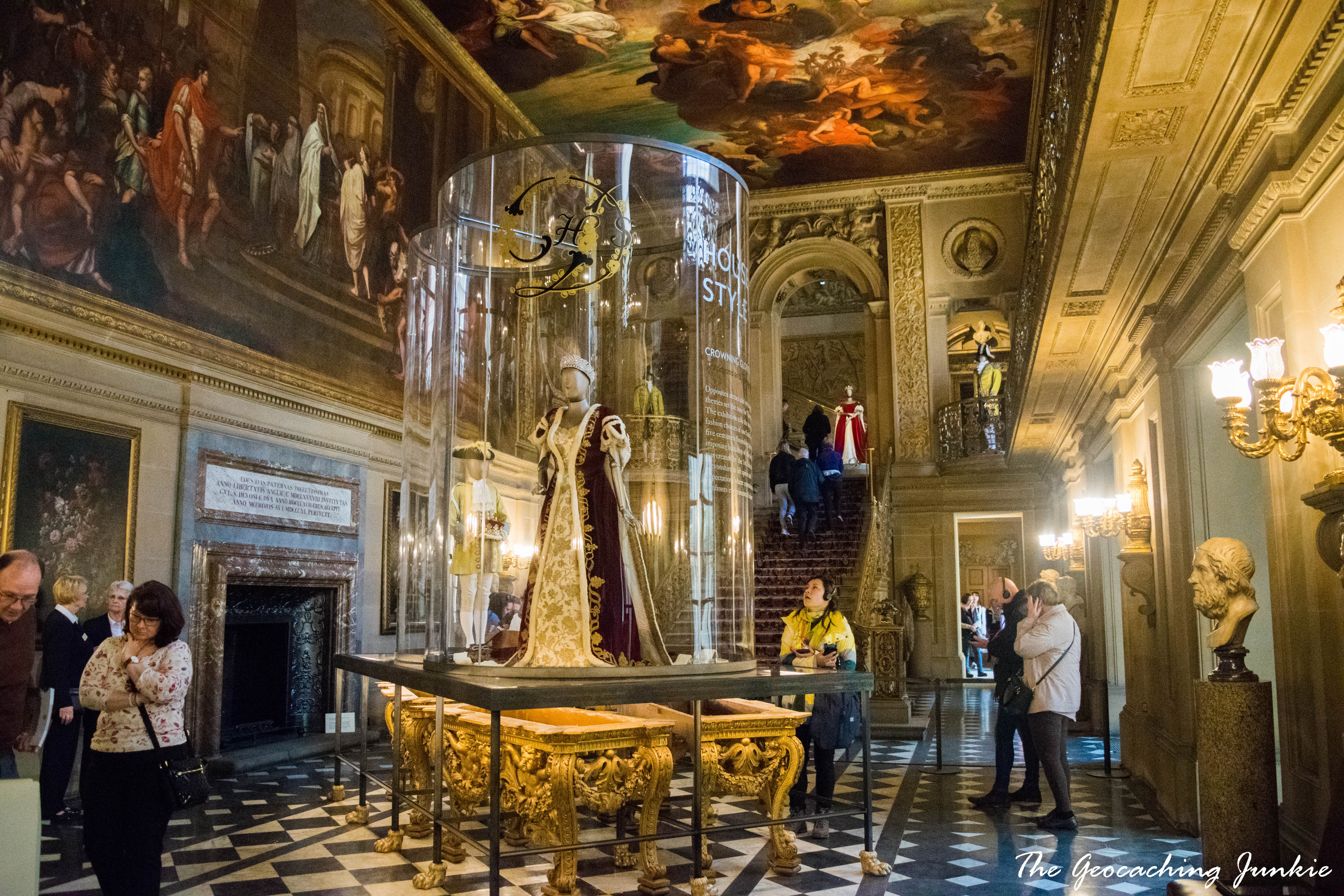 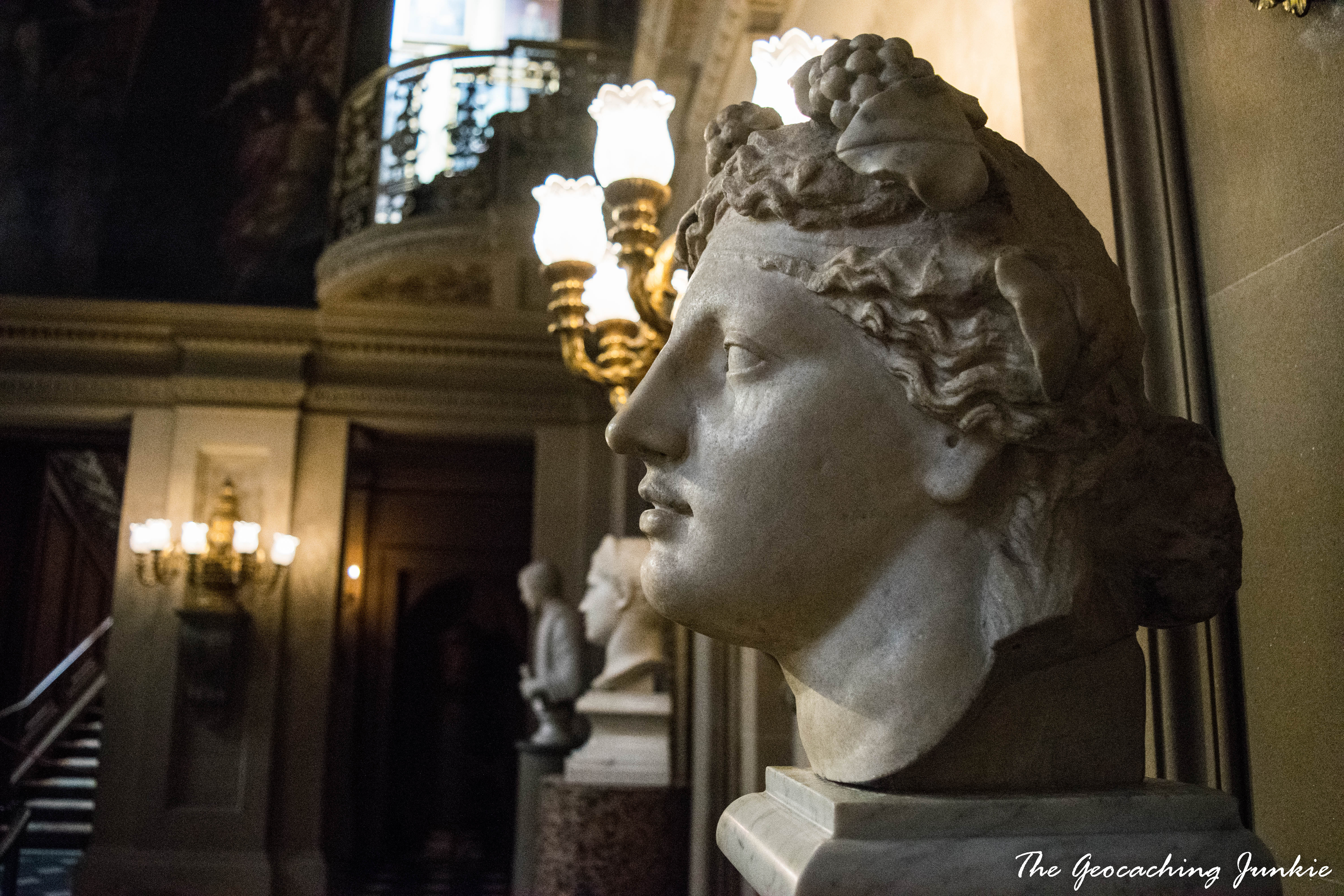 At Chatsworth, past and present blend – an intermingling of centuries-old history in the current home of the Duke and Duchess of Devonshire.

Chatsworth is one of few stately homes in the UK open to the public that is entirely owned by a private trust – the Trustees of the Chatsworth Settlement – and not the National Trust. 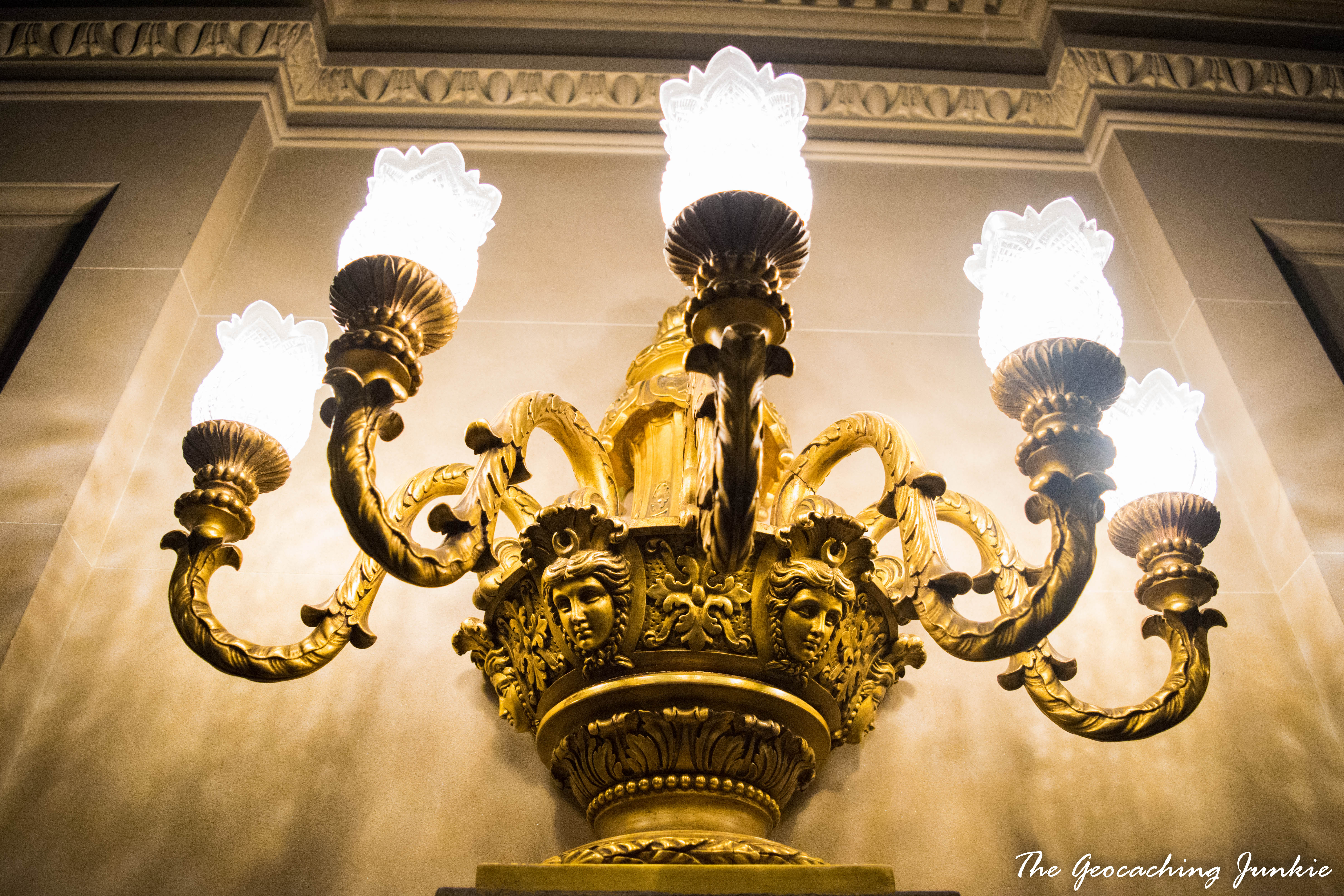 After World War I, many stately homes were broken up and sold off to counterbalance huge inheritance tax bills. The National Trust, under the National Trust Act 1937, began acquiring many of the houses to preserve them, while allowing the families to continue residing there. 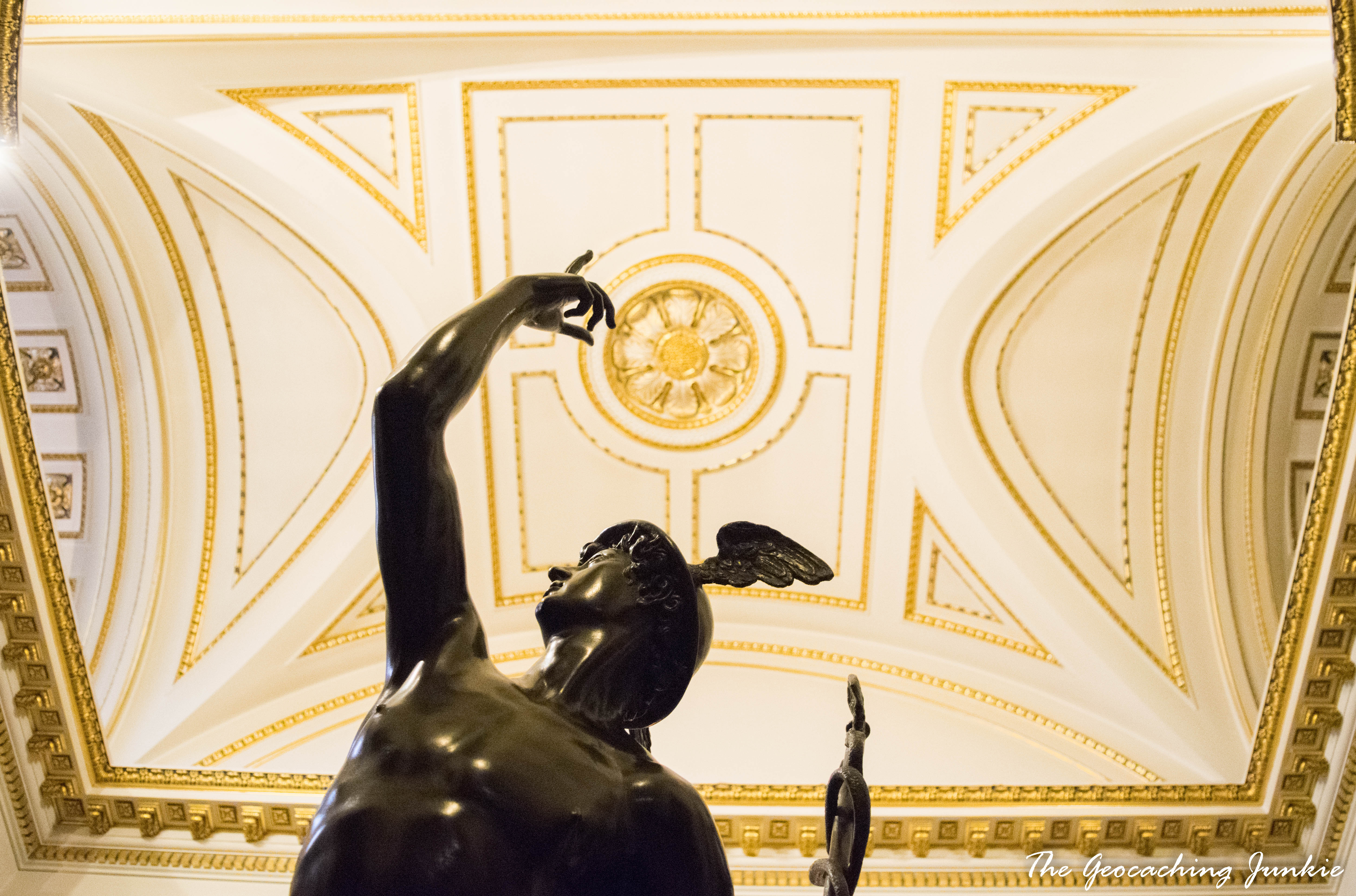 The Cavendish family’s retention of the estate is thanks to the savvy 10th Duke, who, among other actions, sold off vast chunks of land at Chatsworth, reducing it from 83,000 acres to its current size of 35,000 acres.

A visit to Chatsworth involves the viewing of varying exhibitions, depending on when you visit. Last year, for example, the Beyond Limits exhibition featured more than 30 monumental sculptures from various artists of the last 65 years. 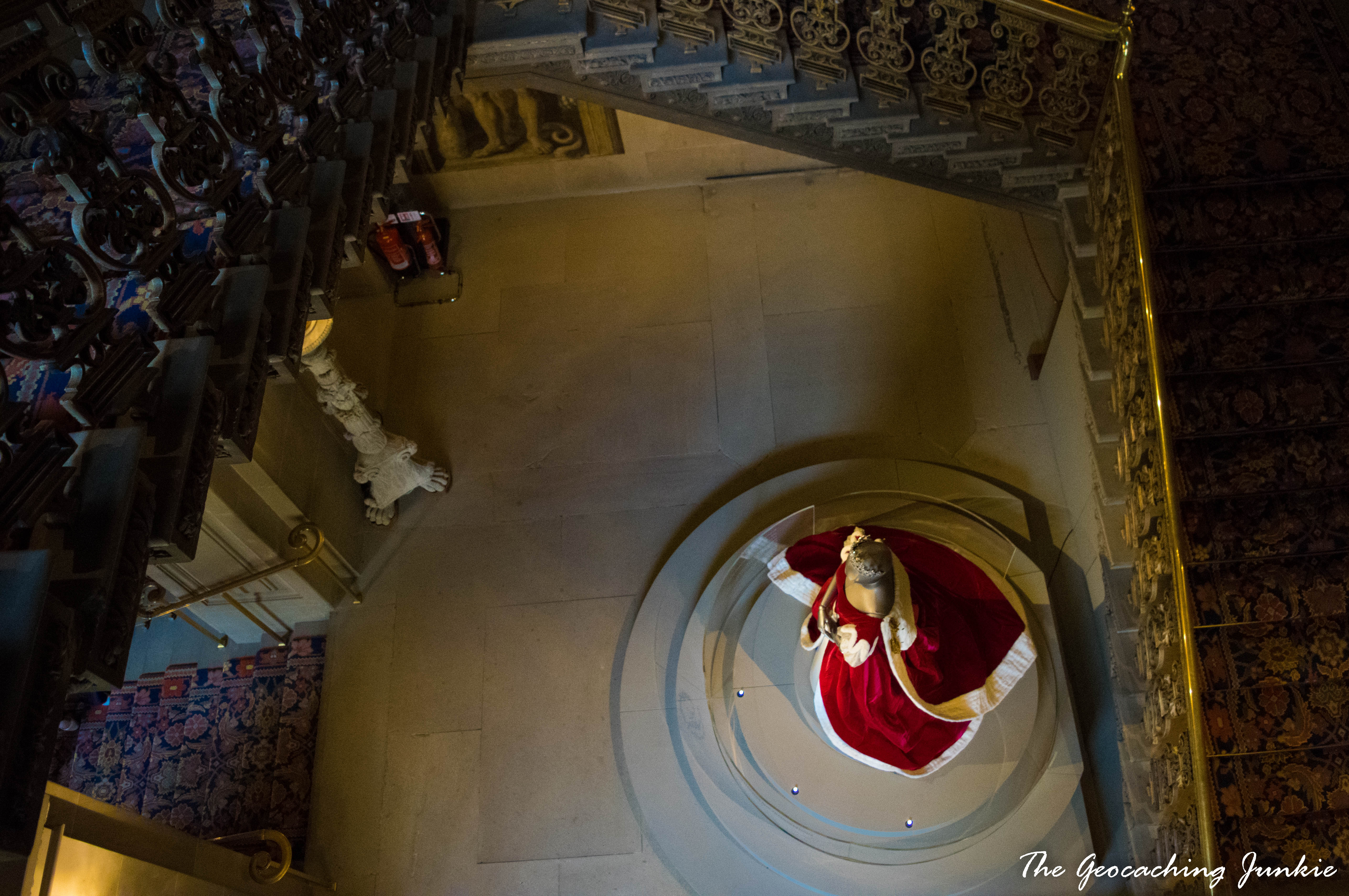 The house reopened to the public on 24th March this year, and with it, a very unique exhibition, featuring garments and accessories owned by the house’s occupants over five centuries. 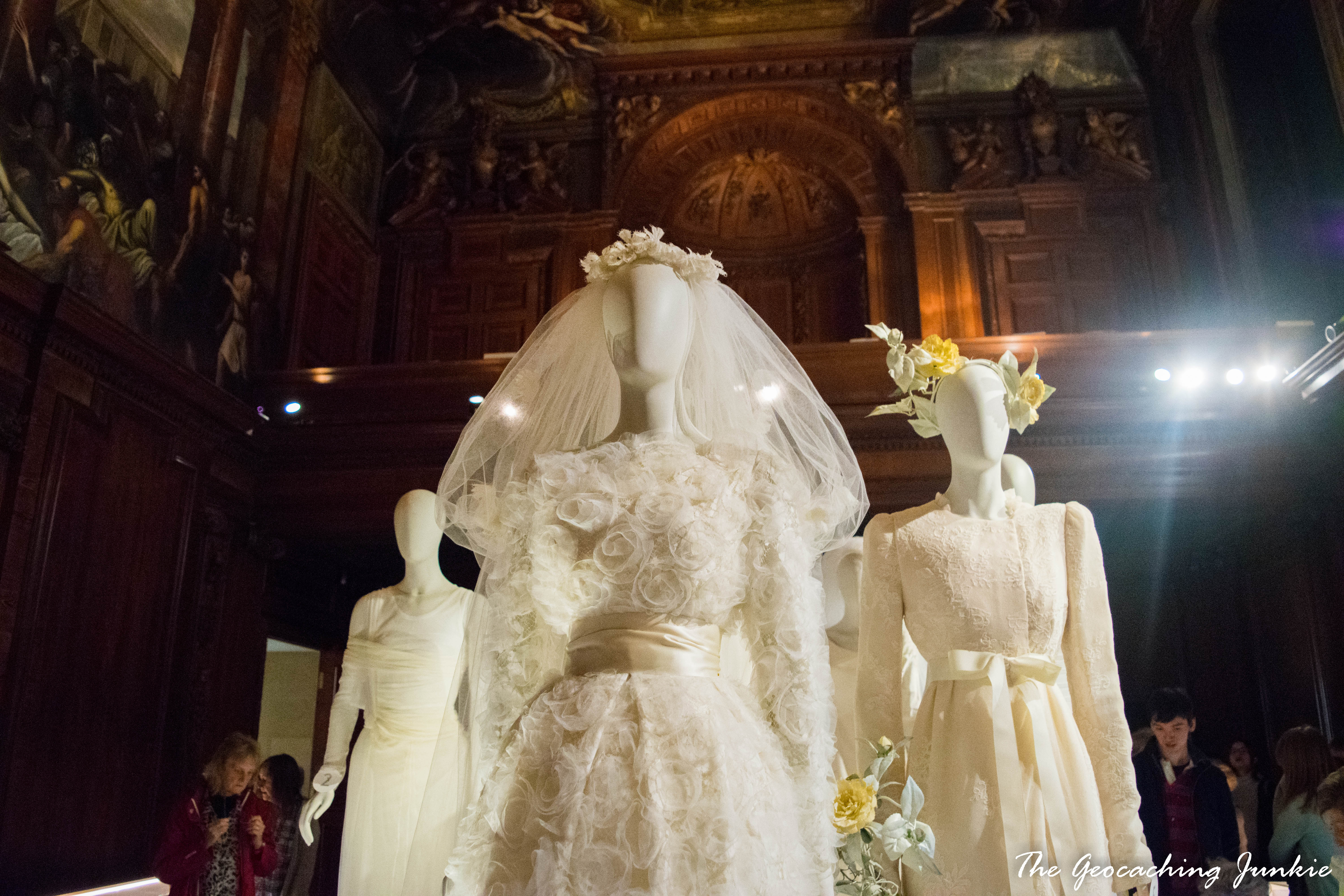 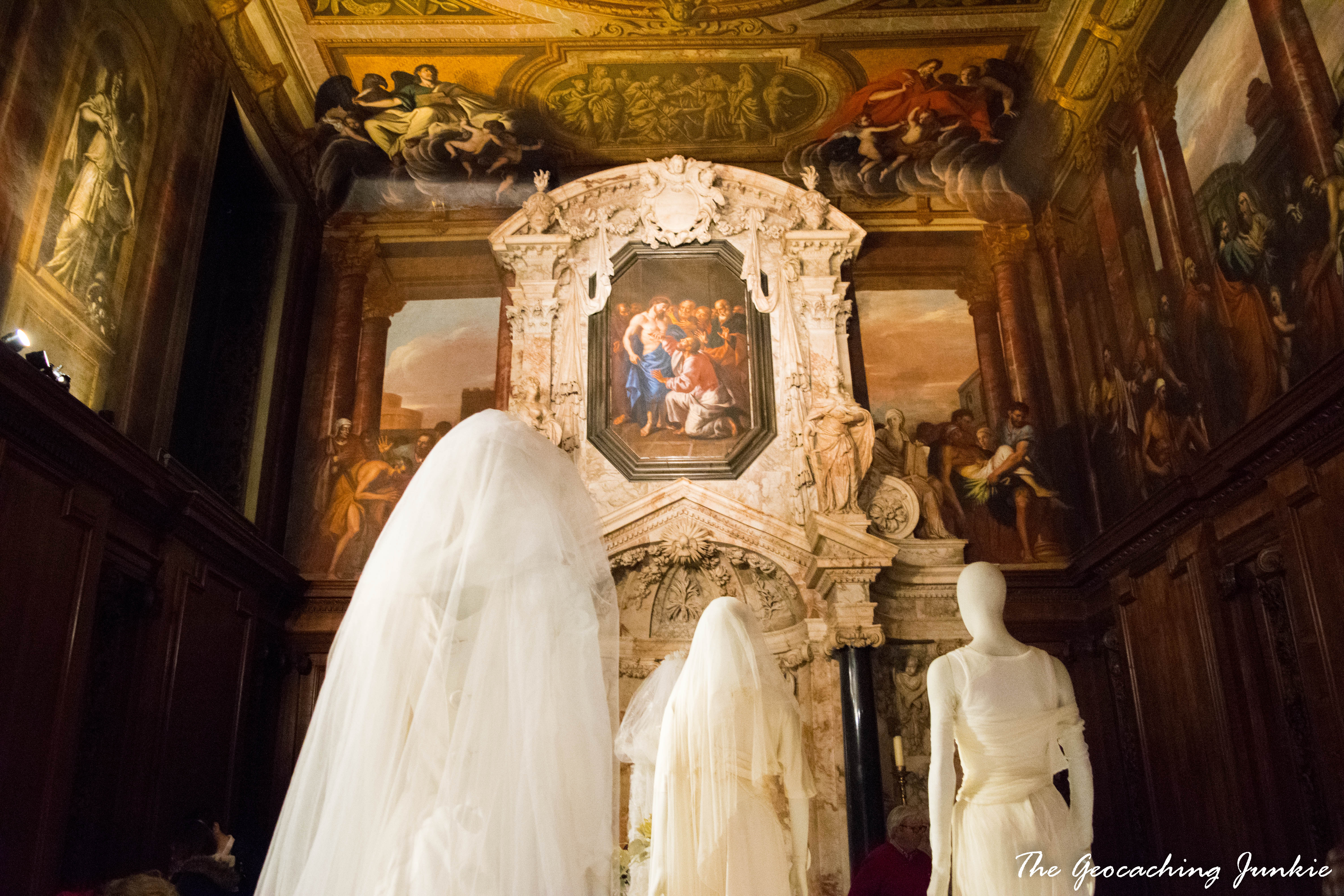 In the chapel, christening robes and wedding dresses belonging to various family members are on display, including Stella Tennant‘s ‘bandage bride’ dress (she is the famous model granddaughter of the 11th Duke). 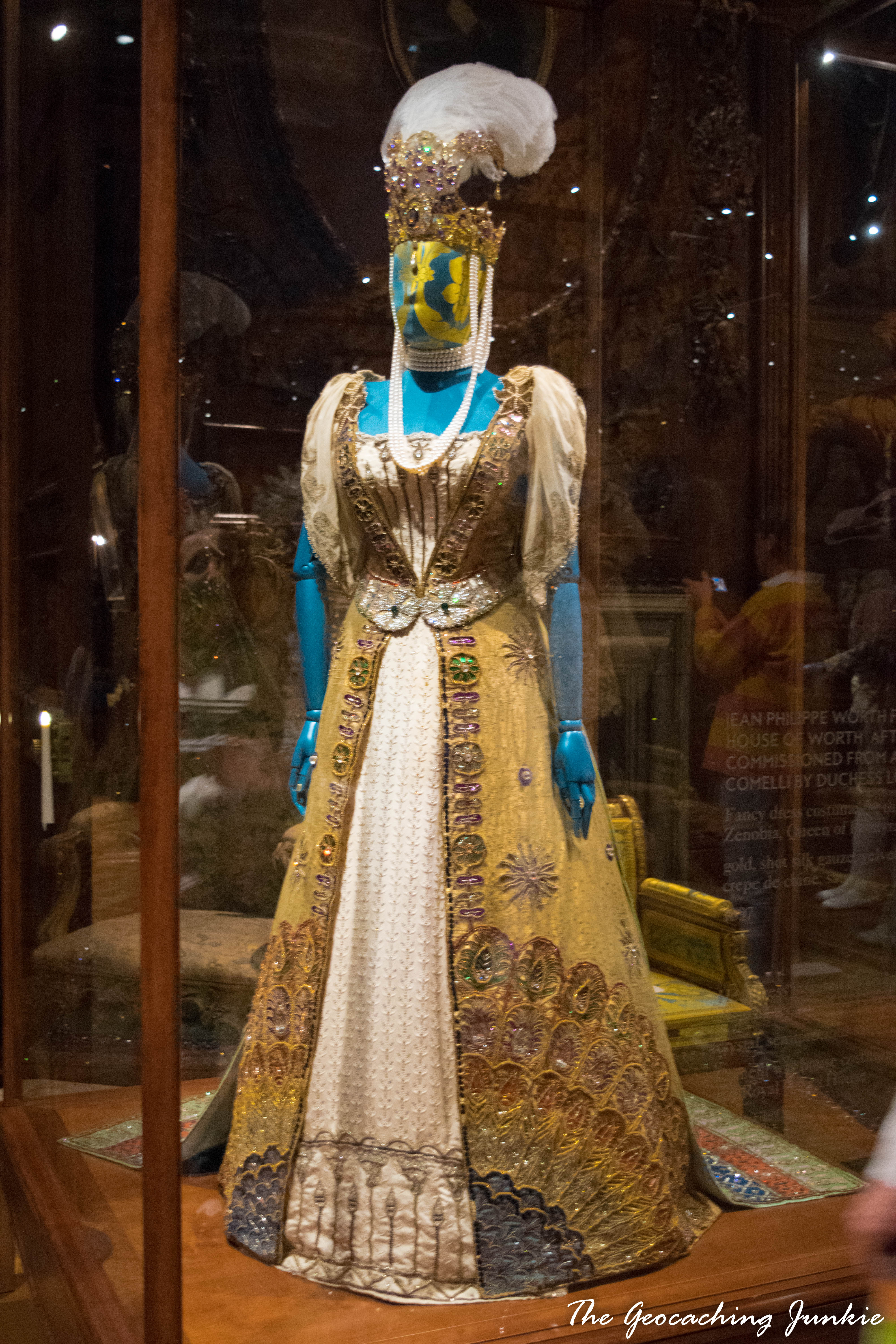 In fact, it was when Lucy Cavendish (daughter-in-law of the Duke and Duchess) was searching for a christening robe for her daughter, that she discovered a veritable treasure trove of clothing and the idea for the exhibition was born. 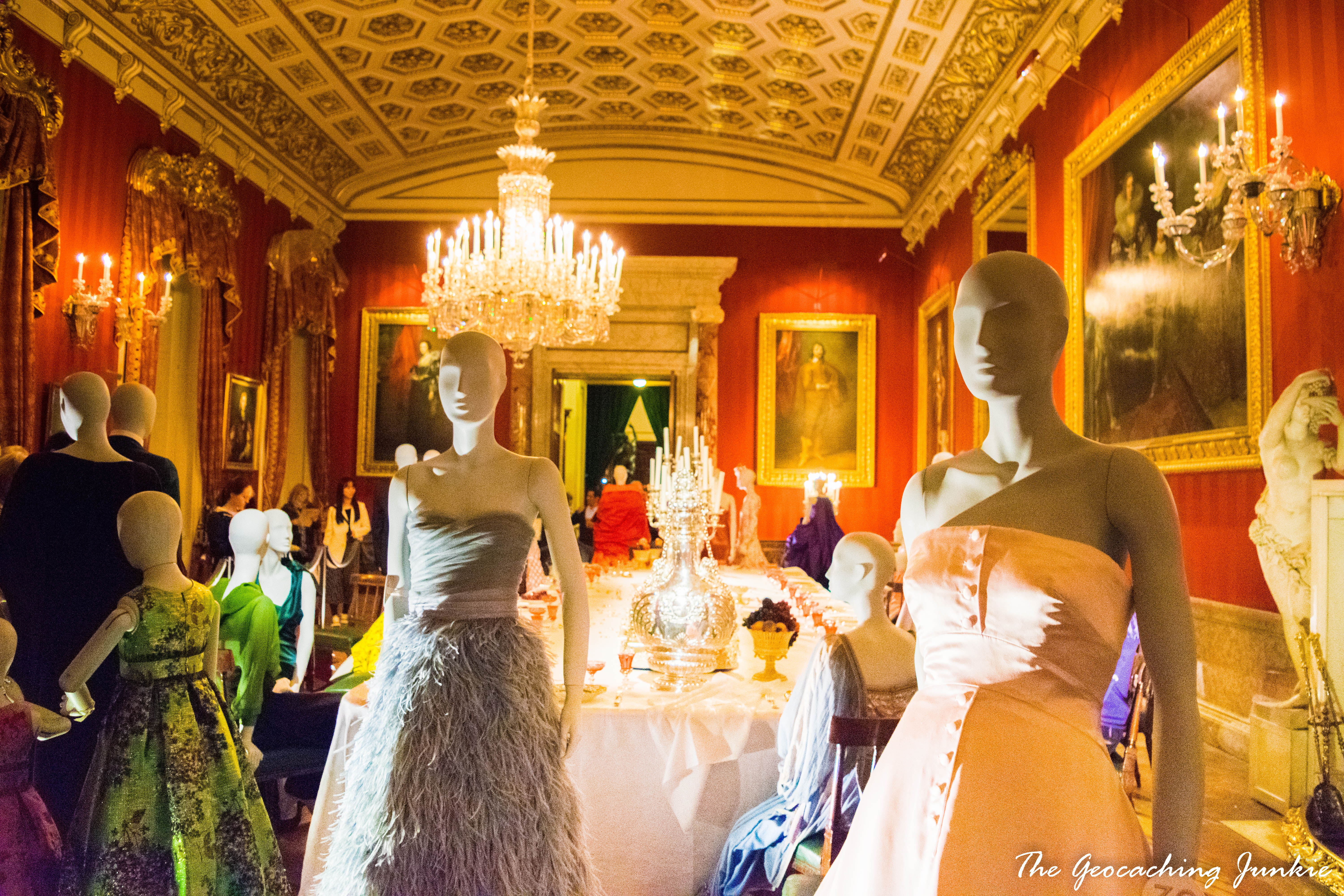 Curated by Hamish Bowles, of American Vogue, and sponsored by Gucci, the exhibition is dotted all over the house and not confined to just one space. In many rooms, it adds to the feeling of history being brought to life, particularly the dining room, which is set up for a grand banquet, with designer gowns everywhere you look.

Chatsworth was one of several places the famous Scottish queen was held captive when the Earl of Shrewsbury was tasked with containing her. The apartments where she was kept are still as they were then and feel far to grand for a prison, though perhaps they felt that way to a former Queen! 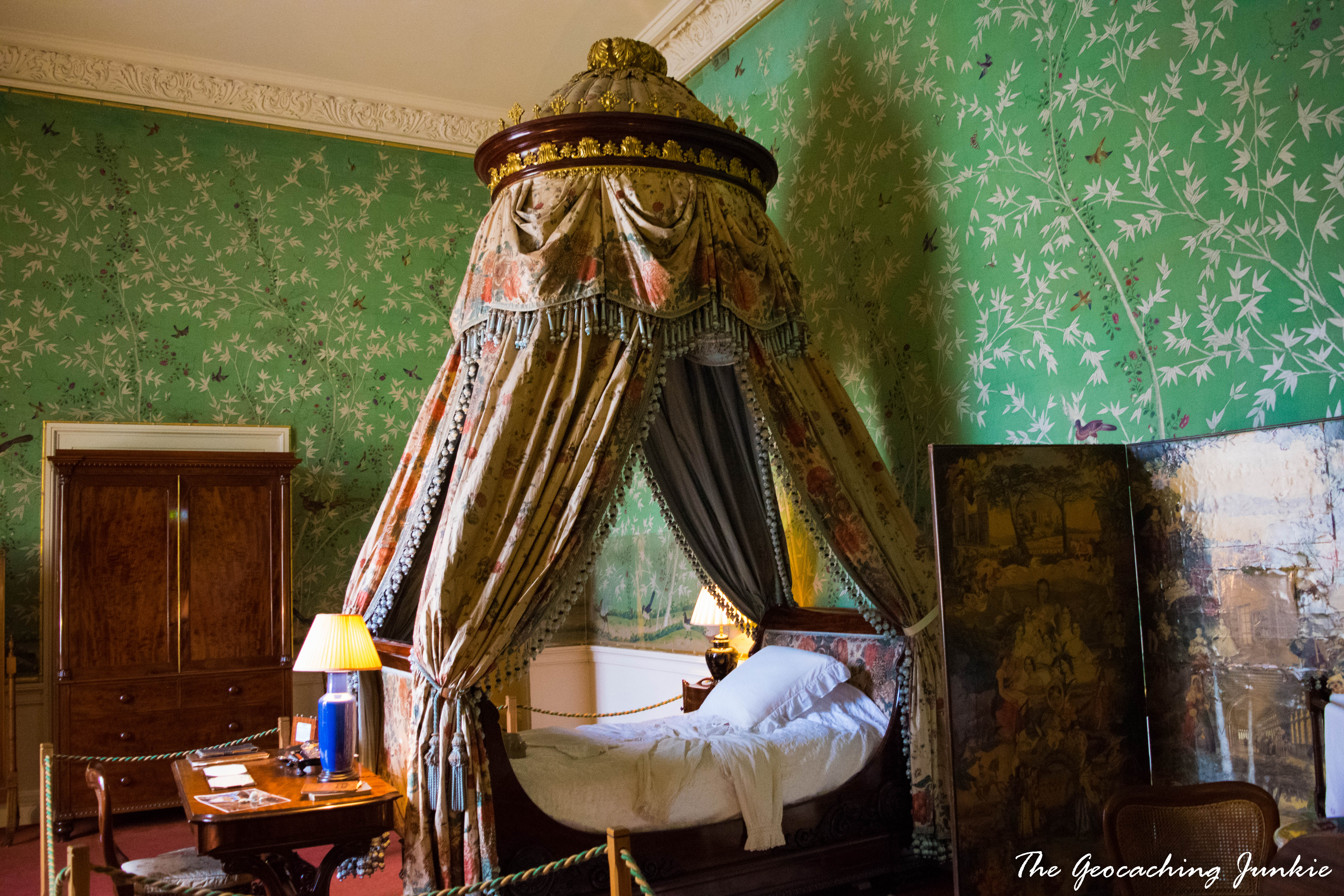 There is no one corner of the tour which doesn’t feel grand and luxurious, with beautiful vases adorning stunning wooden furniture and magnificent chandeliers as far as the eye can see.

Most of the UK’s stately homes were temporarily converted to institutions during World War II, and Chatsworth was no different, housing girls from Penrhos College in Wales. The entire contents of the house were packed away and 300 pupils and their teachers moved in for 6 years from September 1939. 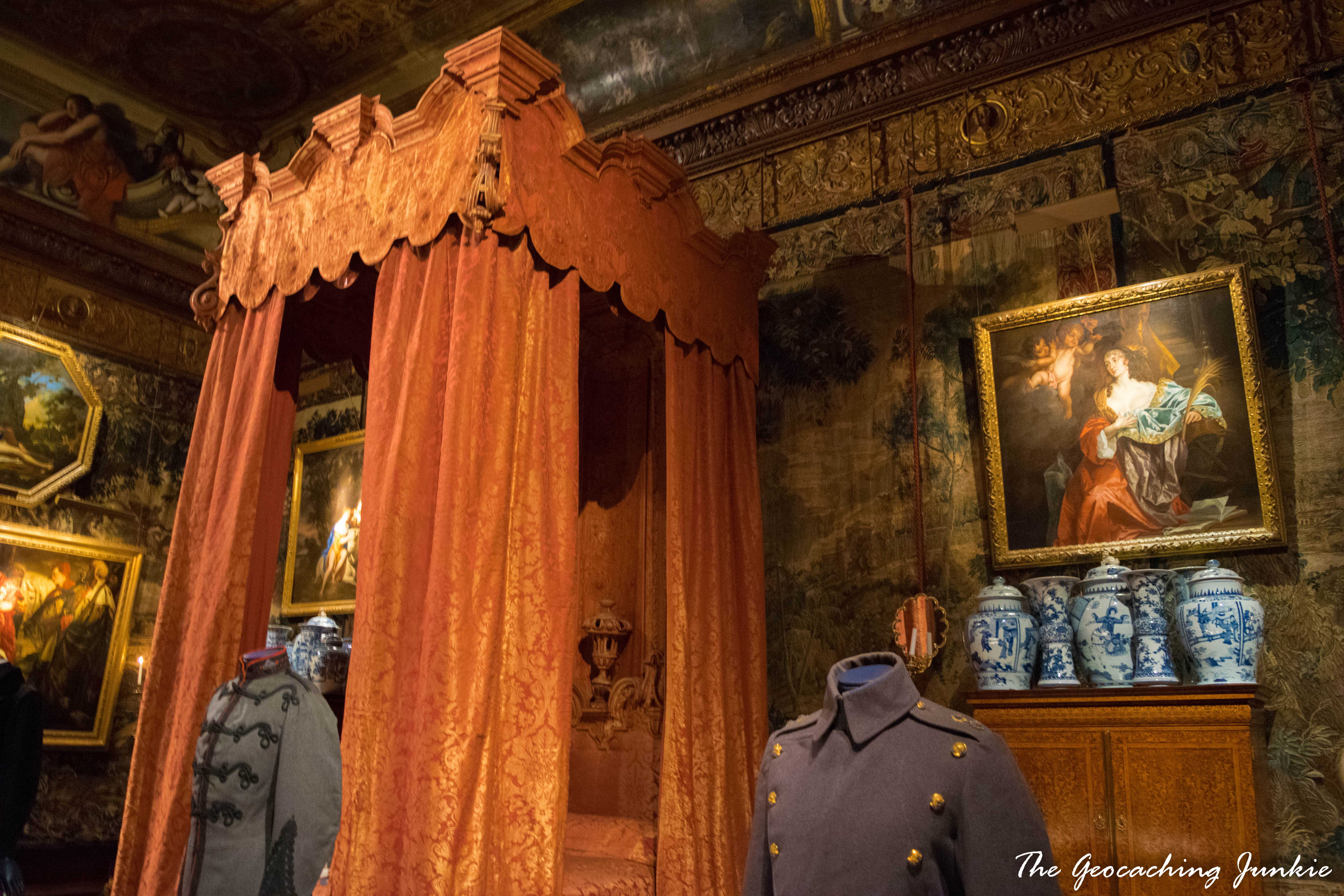 While there are treasures to uncover in every part of the tour, the impressive mineral collection of the 5th Duke of Devonshire’s wife, Georgiana Cavendish (1757 – 1806) will undoubtedly fascinate keen EarthCachers. 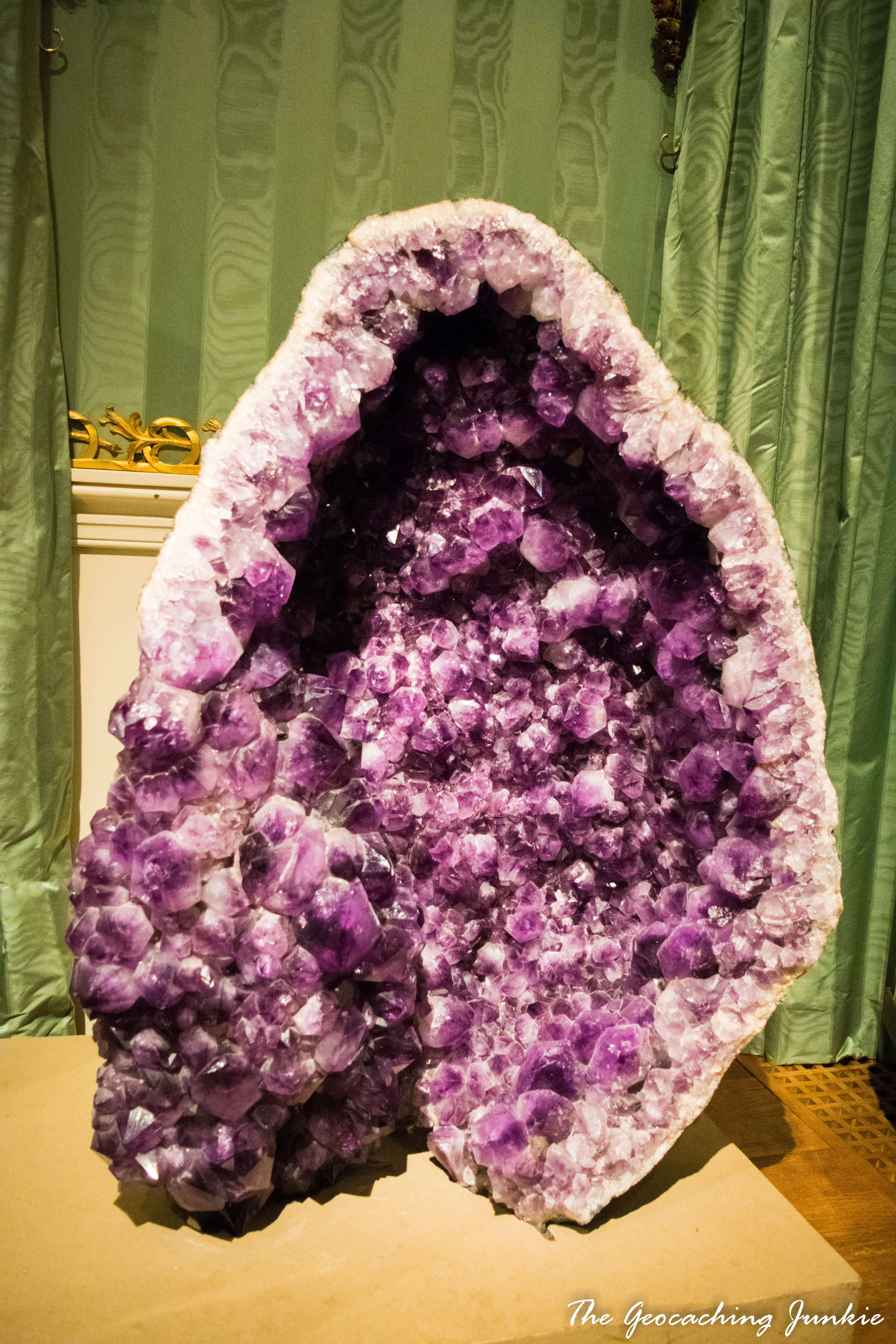 The often colossal pieces are seemingly randomly placed along the tour but are hard to miss, as you can see from the huge sample of amethyst pictured above.

The manicured gardens of Chatsworth cover an impressive 105 acres and have evolved over the last six centuries, since they were first  constructed by the first Duke. 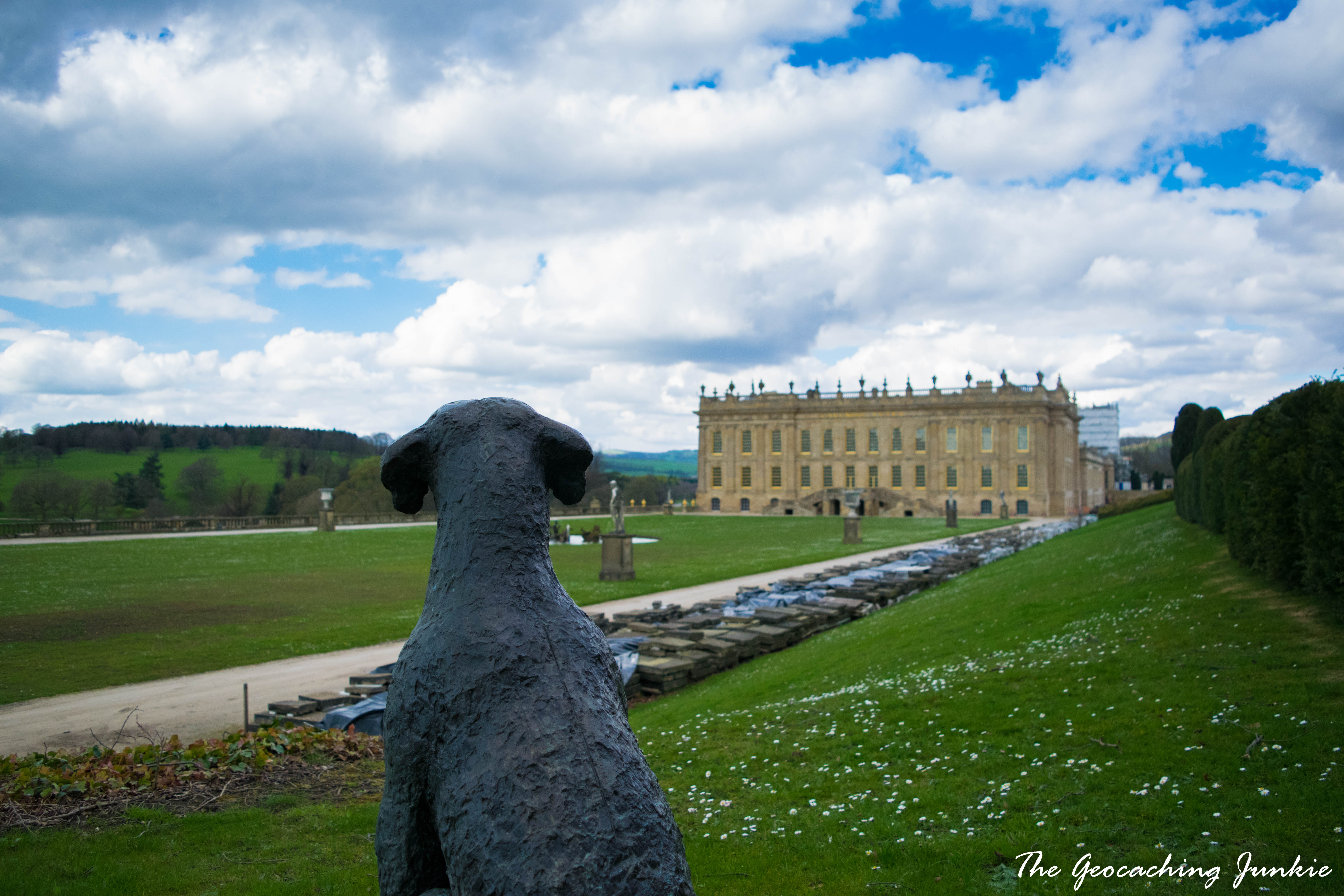 If you’re pressed for time, make sure you walk to the end of the lake to take in the view of the house from there – the reflections of the house, sky and surrounding nature make it very photogenic.

There is also the option to take a shire horse and dray ride around some of the gardens, though we didn’t have time for this. It was nonetheless a pretty picture to see the horses ambling past the impressive building. 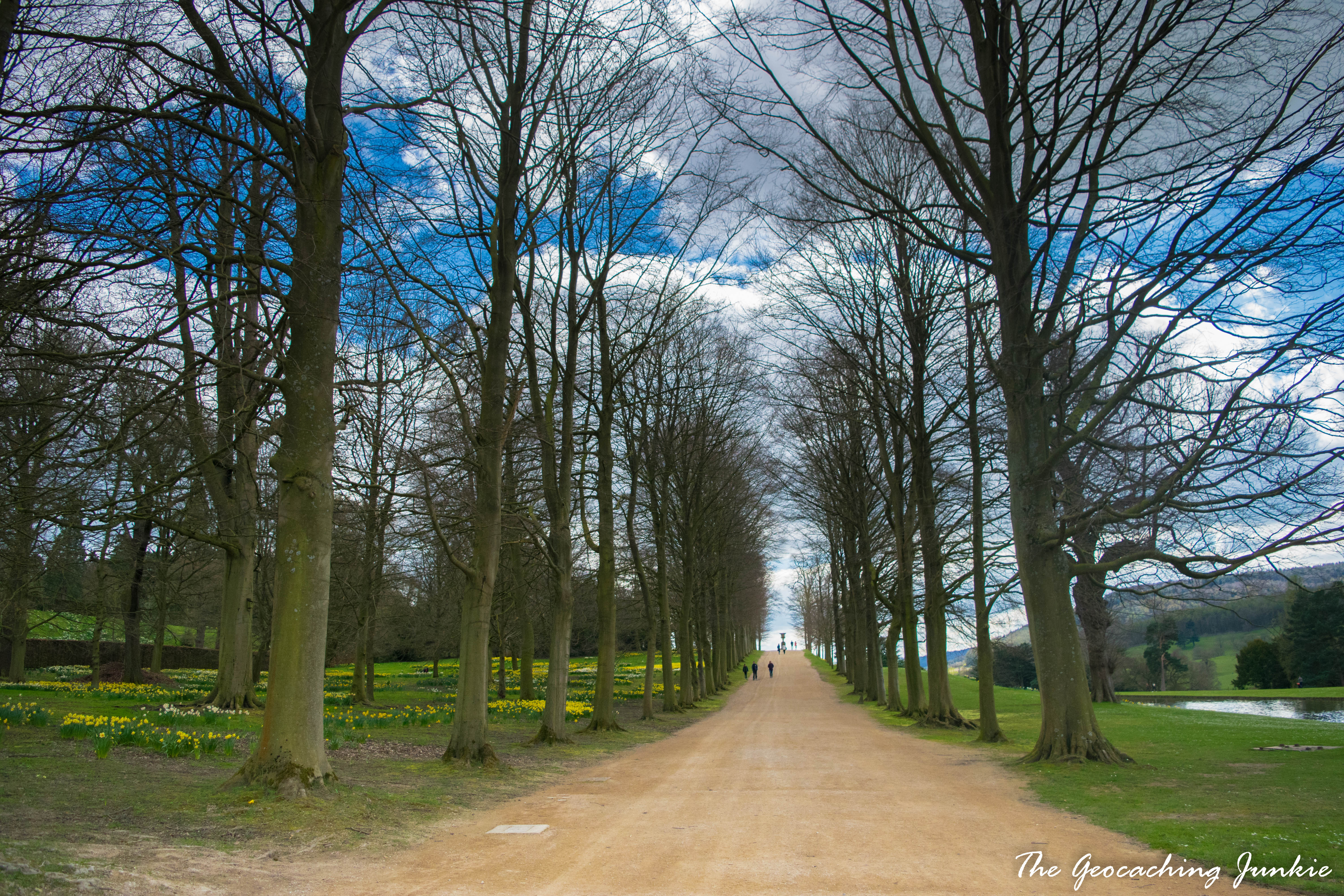 It was a toss-up between whether to opt for the house and garden only ticket, or the combined house, garden and afternoon tea ticket. We decided we might regret not opting for the tea, so we spoiled ourselves and settled on the more expensive ticket.

In the end, I think we could have survived without it. We rushed around the garden to make sure we met our assigned time for tea and on top of that, I was slightly disappointed it’s not served in the house itself, but rather in the Cavendish Restaurant beside the car park. It was very much like a conveyor belt of afternoon tea-goers, and I’d question if the plates were prepared early on in the day for those who had made reservations as it didn’t seem very freshly made.

The ticket including afternoon tea was almost twice the price of the house and garden ticket, however we did get an audio guide, which would have been an extra charge of a few pounds.

We didn’t have time to do any of the series on this occasion, but we did manage to find a couple of caches close to the house. It’s undoubtedly a beautiful place to walk around and I hope to do both series on a future visit.

All in all, we had a great day at Chatsworth and I think it’s well worth a visit if you find historical houses like this interesting. At the very least, the cost of the car park is worth a walk around the estate while picking up a few geocaches. My advice is to make sure you’re not restricted on time, to ensure you get the best out of it and skip the afternoon tea.

Have you gone geocaching near any historically interesting places like this? Let me know in the comments!