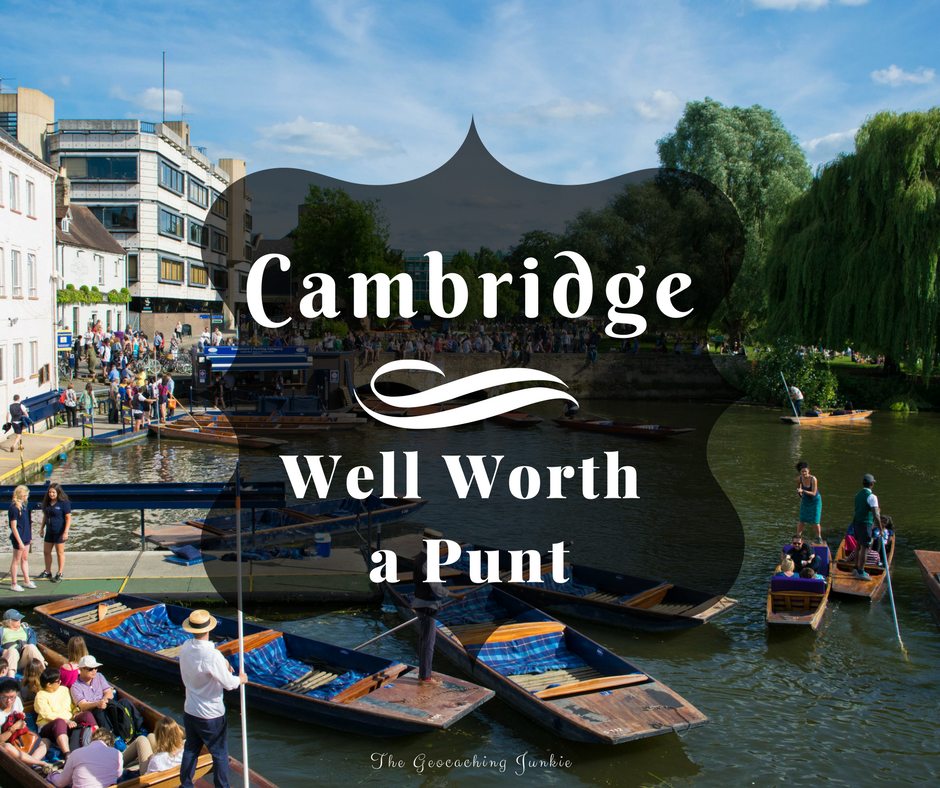 When I think of Cambridge, two things spring to mind: university and punts! The University of Cambridge is ranked fourth in the QS World University Rankings, behind US big hitters MIT, Stanford and Harvard. The university is comprised of 31 colleges: 16 founded between 1284 and 1596, and 15 founded between 1800 and 1977. Many of the most famous college buildings are visible from the River Cam and taking in the view from a punt is by far the nicest way to see them. 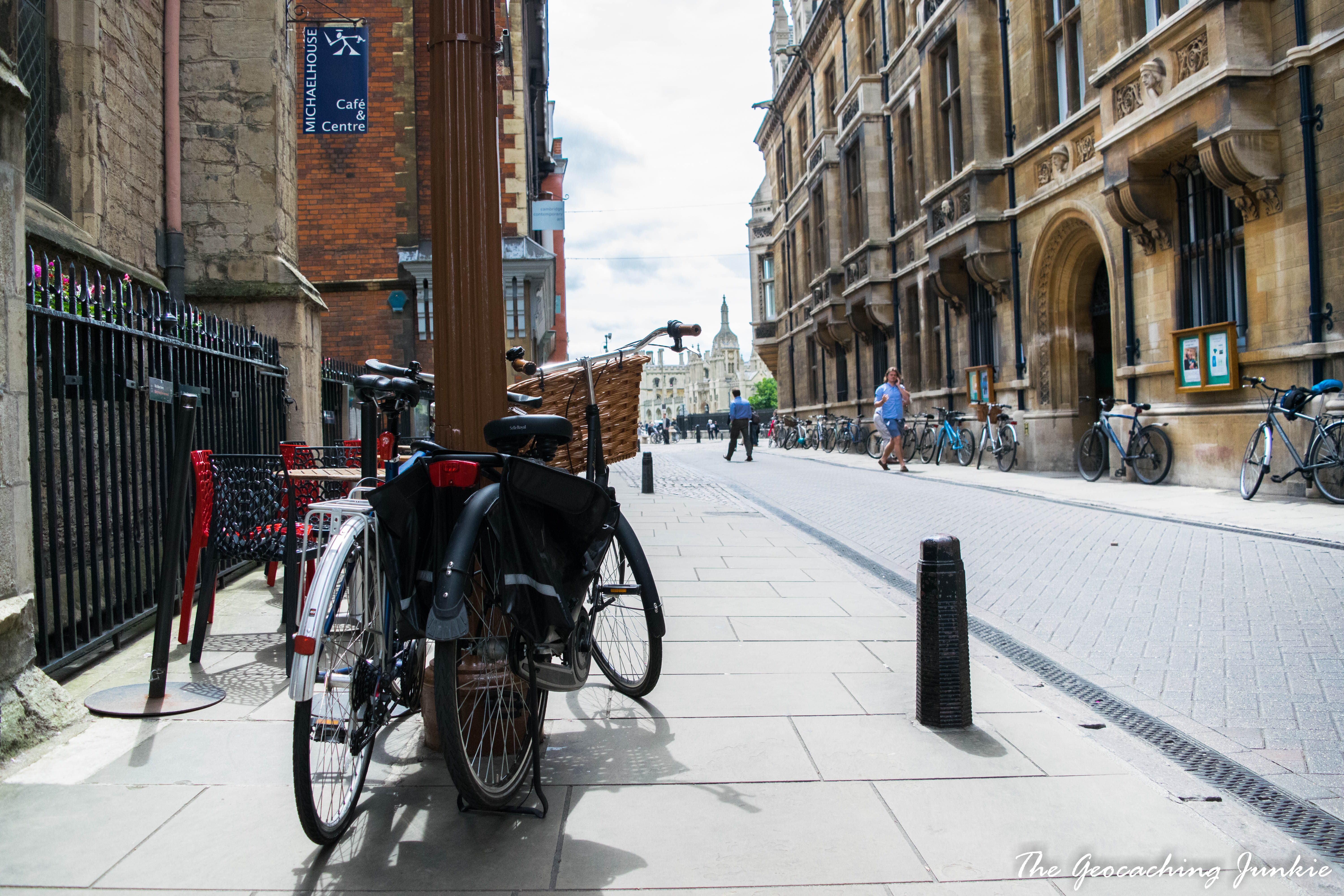 A punt is a flat-bottomed boat with a square-shaped bow. They were initially used for angling and fowling, but nowadays are almost exclusively used for pleasure trips. The punts in Cambridge are traditional and therefore have no means of propulsion other than a long pole used by the punter to push against the river bed. The word ‘punting’ comes from an old English word for ‘push’, thus the punter is literally pushing the craft along the river. 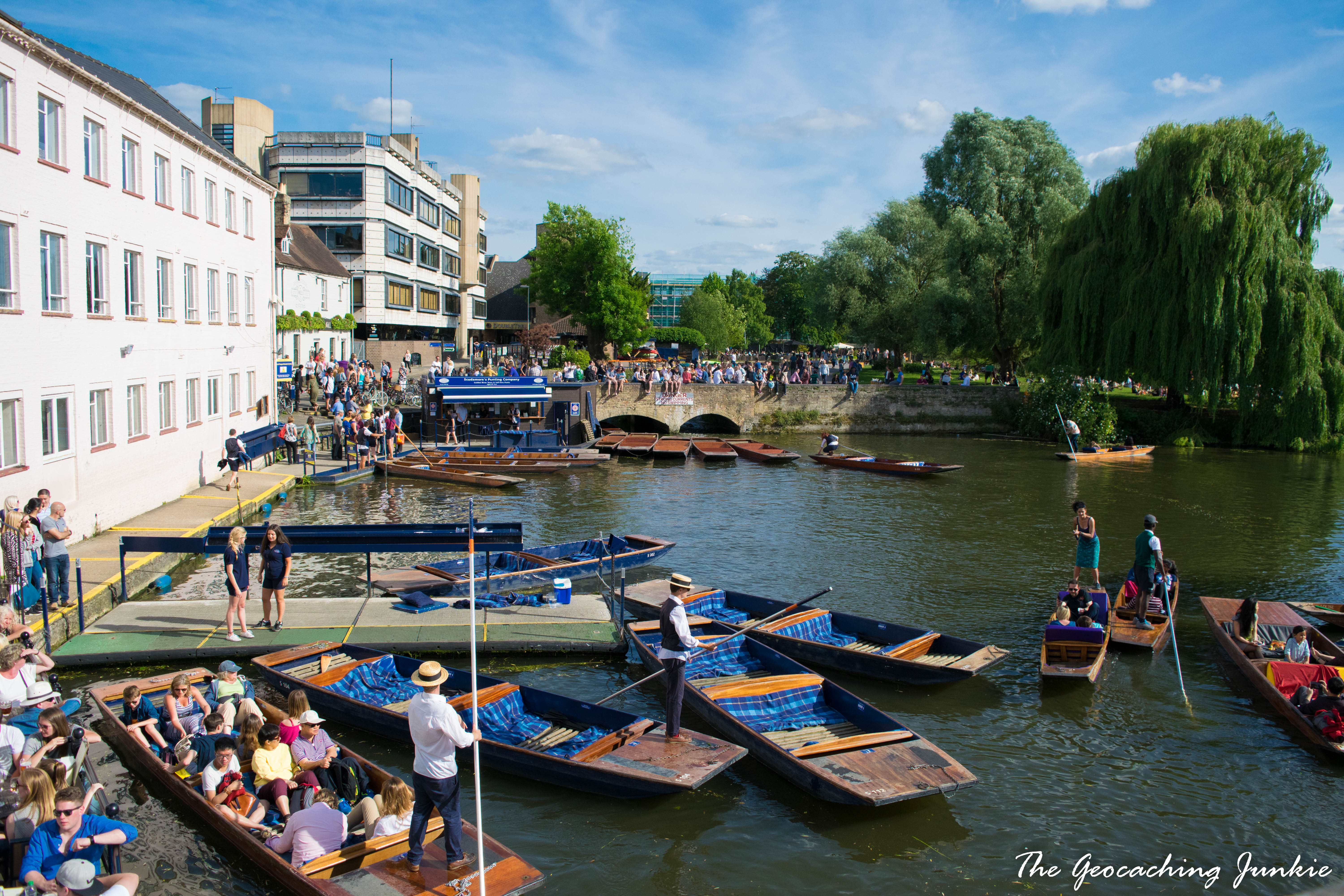 The first punts used as pleasure crafts in England are thought to have appeared on the Thames River in the late 19th and early 20th centuries. The first ever punting company in the UK, Scudamore’s, was founded in 1910 in Cambridge by Maurice ‘Jack’ Scudamore.

Jack Scudamore was a Cambridge native who founded Scudamore’s Boatyard in the city in 1903. It was around this time that pleasure punting was becoming popular on the Thames, and Jack spotted the opportunity for the activity to thrive on the River Cam and began building punts at his boatyard in Mill Lane.

There are two routes to choose when punting in Cambridge: the ever popular ‘The Backs‘, which affords great views to the back of several colleges, and the more calm section above the weir, in the direction of Grantchester.

Self Punting above the Weir

At Scudamore’s on Granta Place, you can hire punts to navigate yourself along the river towards Grantchester Meadows. This route generally has significantly less traffic than The Backs, meaning if you haven’t a clue what you’re doing, you don’t have quite as many other punts to avoid or eyes watching you! 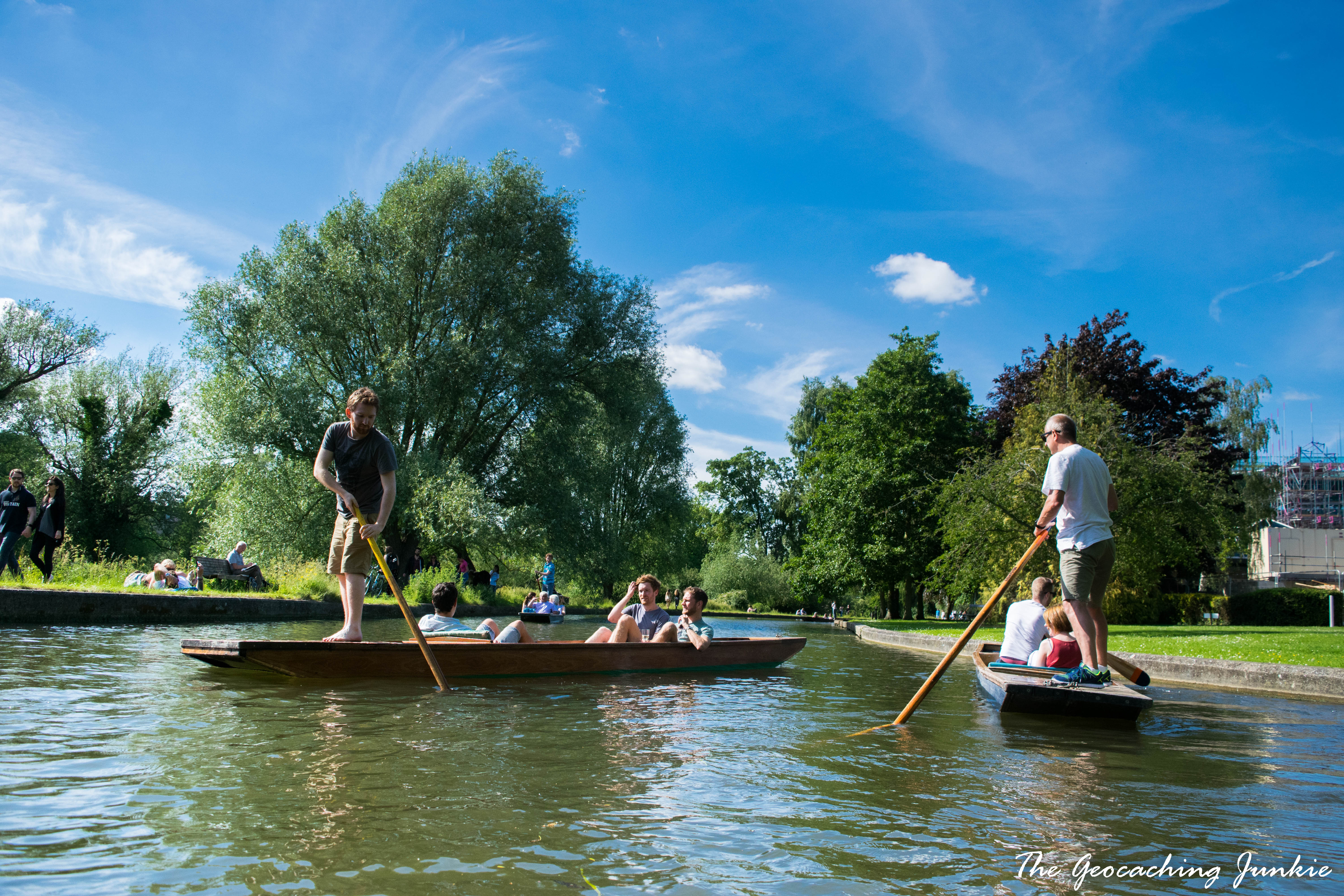 On Saturday, my brother-in-law, njcbailey, did the hard work of punting, while we sat back and enjoyed the sunshine. The muggle and I declined a chance to punt ourselves – judging by the stupid falls I’ve had while geocaching, I really didn’t trust my balance to even stay upright! 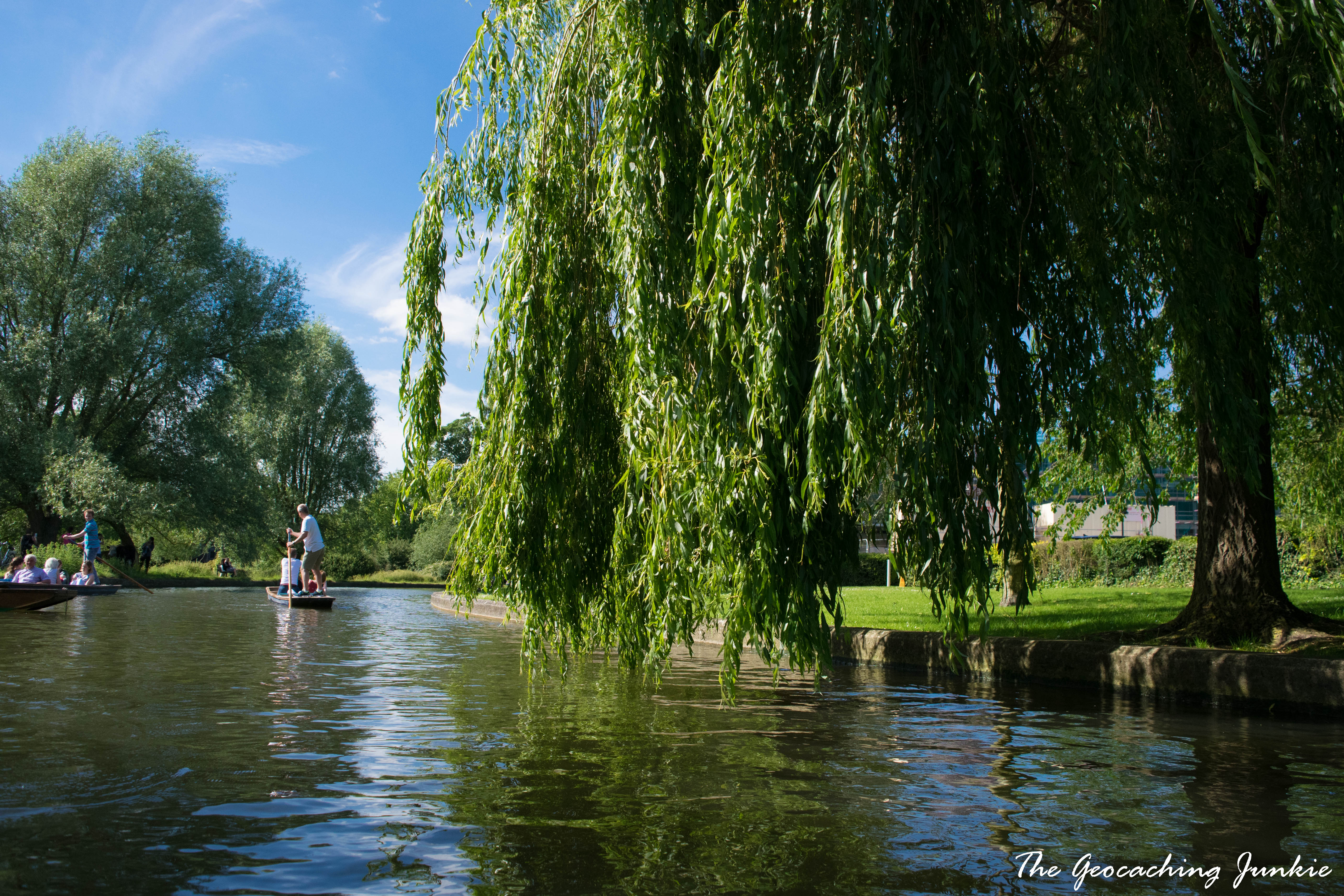 There were plenty of other amateurs having a go though, and watching them struggle to get the punt to go the way they intended, almost slipping off the edge and even losing the pole in the water, reaffirmed my decision to stay seated! 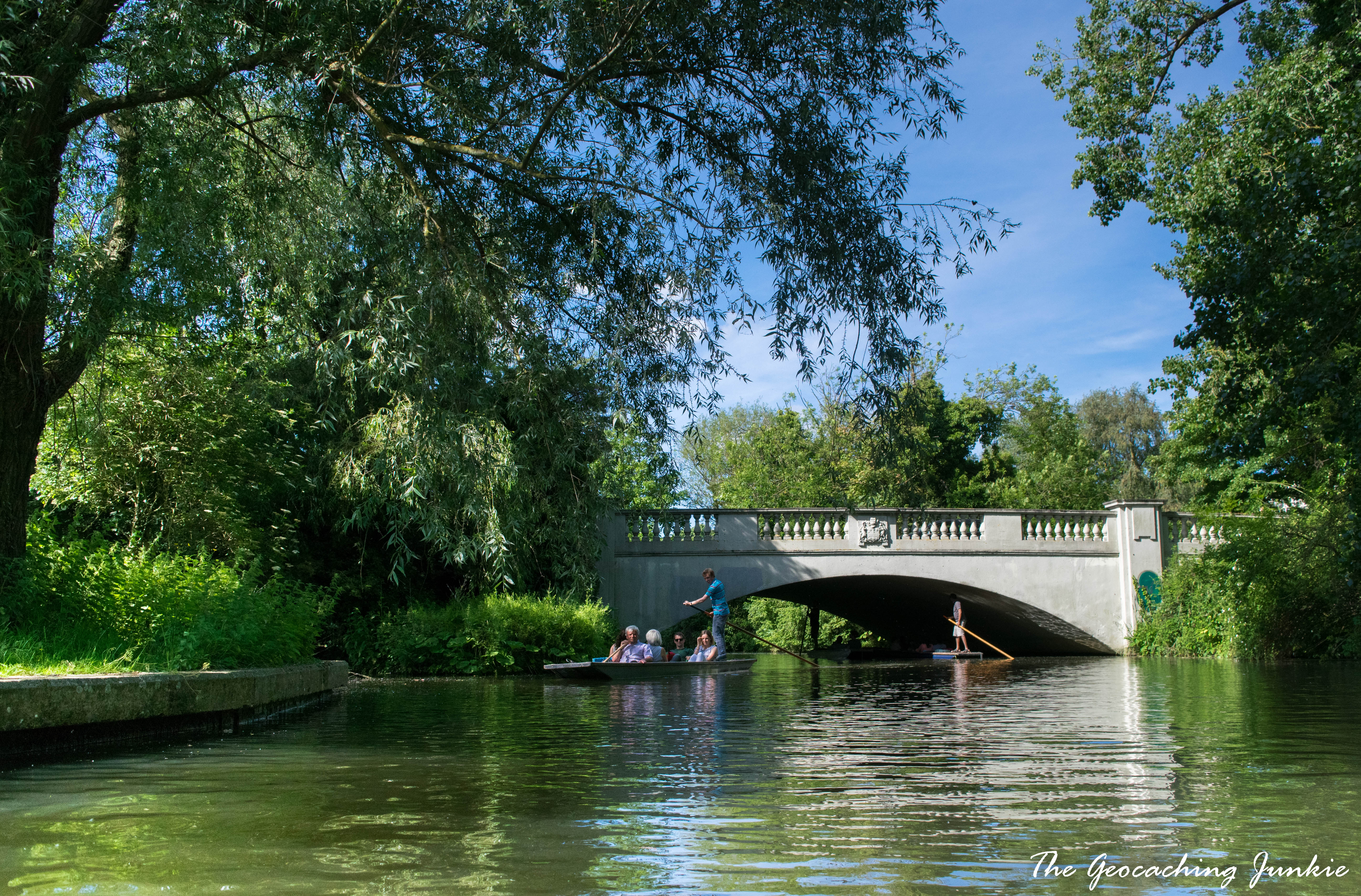 On Monday, we made the trip into Cambridge again to enjoy a guided punt along The Backs. There are various companies with ticket sellers positioned along King’s Parade trying to vie for your business. The price is negotiable so do haggle with them (I really hate haggling but sometimes it’s got to be done!). We managed to secure student prices – £15 each instead of £20 – and we were happy with that. Perhaps better negotiators could have secured an even better discount! 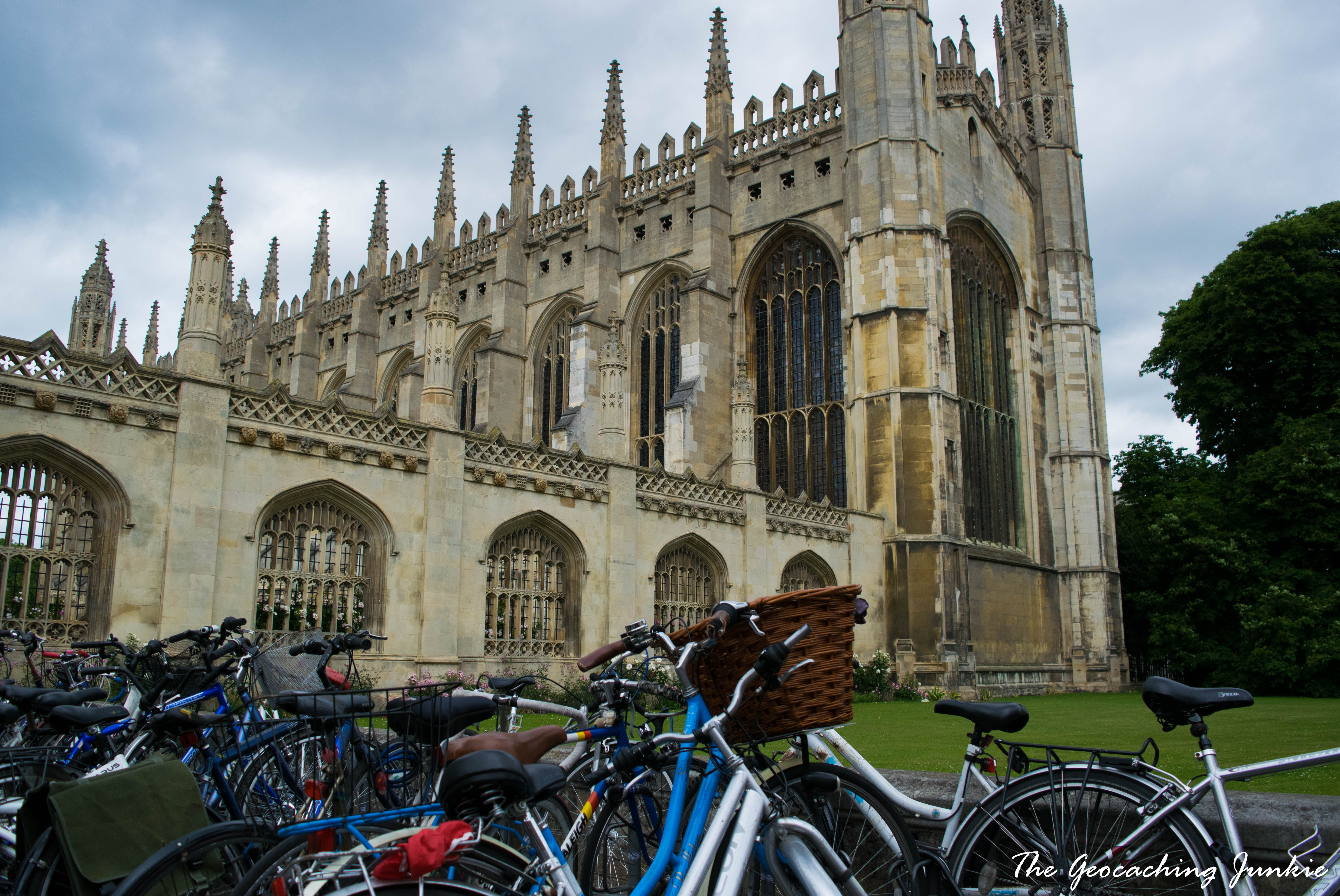 Tours depart at set times: you will be given an available slot and must return five minutes before that time. We had almost an hour and a half to wait so we had a little walk down Trinity Street, enjoying the beautiful architecture. 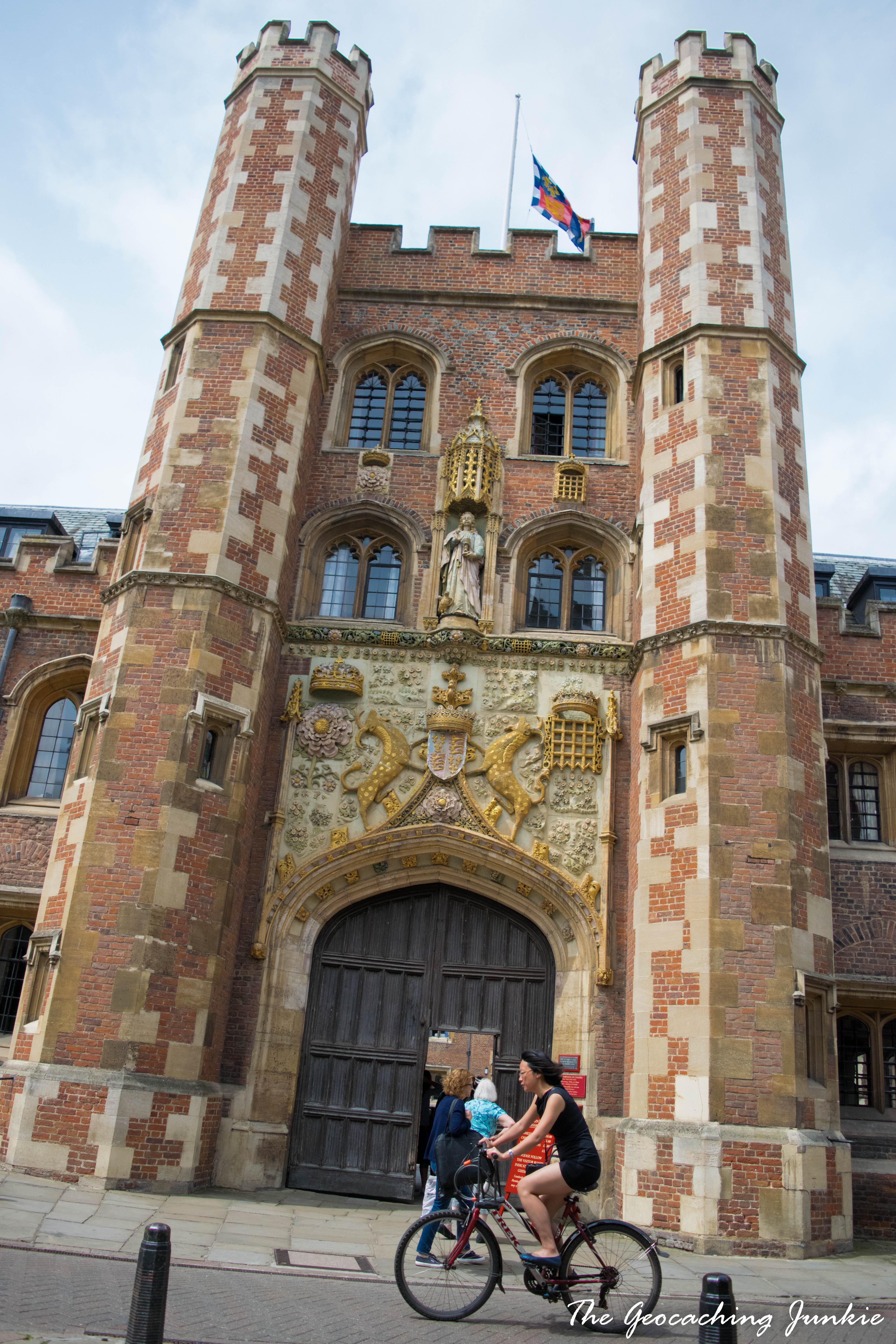 We arrived back at the meeting point with time to spare and were soon heading to the slipway, minus two people who hadn’t made it in time (our tickets stated that refunds were not possible for late arrivals!). There should have been twelve of us but we were ten and happily, this meant that the muggle and I had the front of the boat to ourselves – it would have been a tight squeeze if we were three people across! 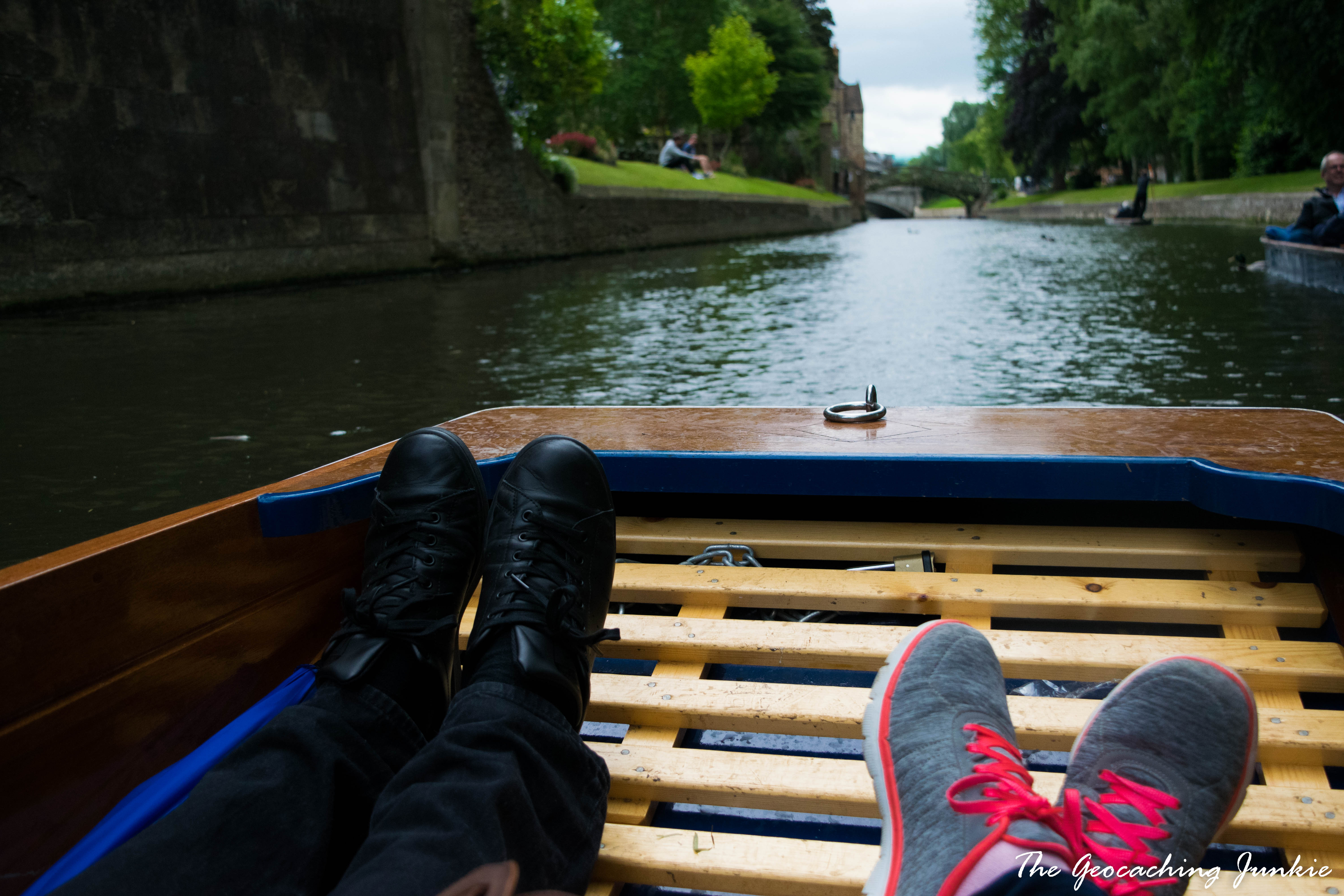 Punting along The Backs

The only downside to our position was that the guide was positioned a bit behind us and it was sometimes difficult to hear what he was saying and asking questions wasn’t really an option. It was a good decision to punt along The Backs on Monday as there was significantly less traffic than there had been on Saturday. 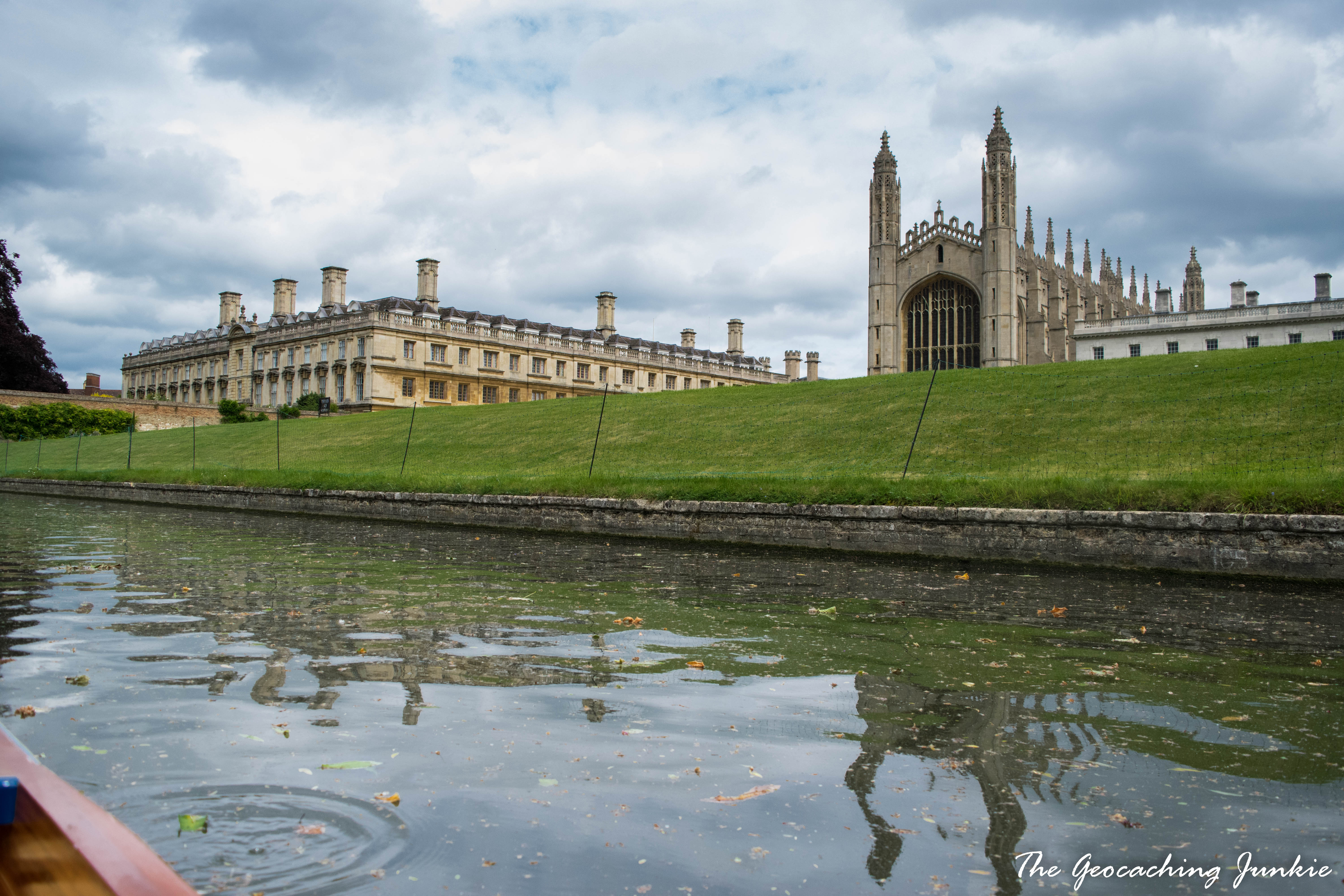 Our guide told us he had seen it so busy that someone slipped off their punt and fell into another – that’s one way to stay dry if you’re not surefooted! 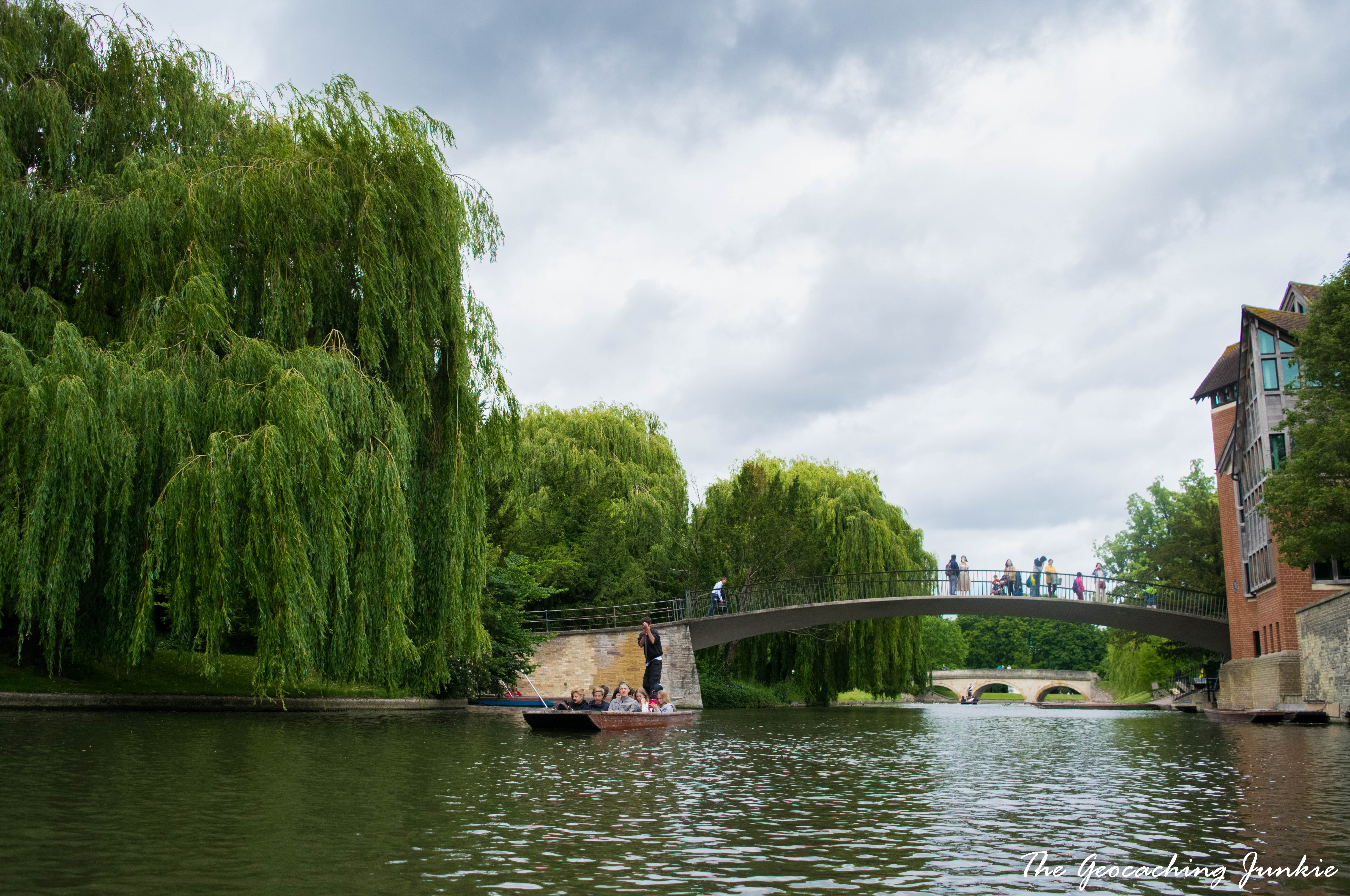 You can view seven colleges while punting along The Backs, including the manicured lawns of the famous King’s College and the exceptional St. John’s College, with its ivy-covered walls to the back, used to conceal the use of cheaper brick at the building’s rear. It looked beautiful covered in the green leaf, though our guide informed us it’s even better in autumn when the leaves turn a deep red colour. 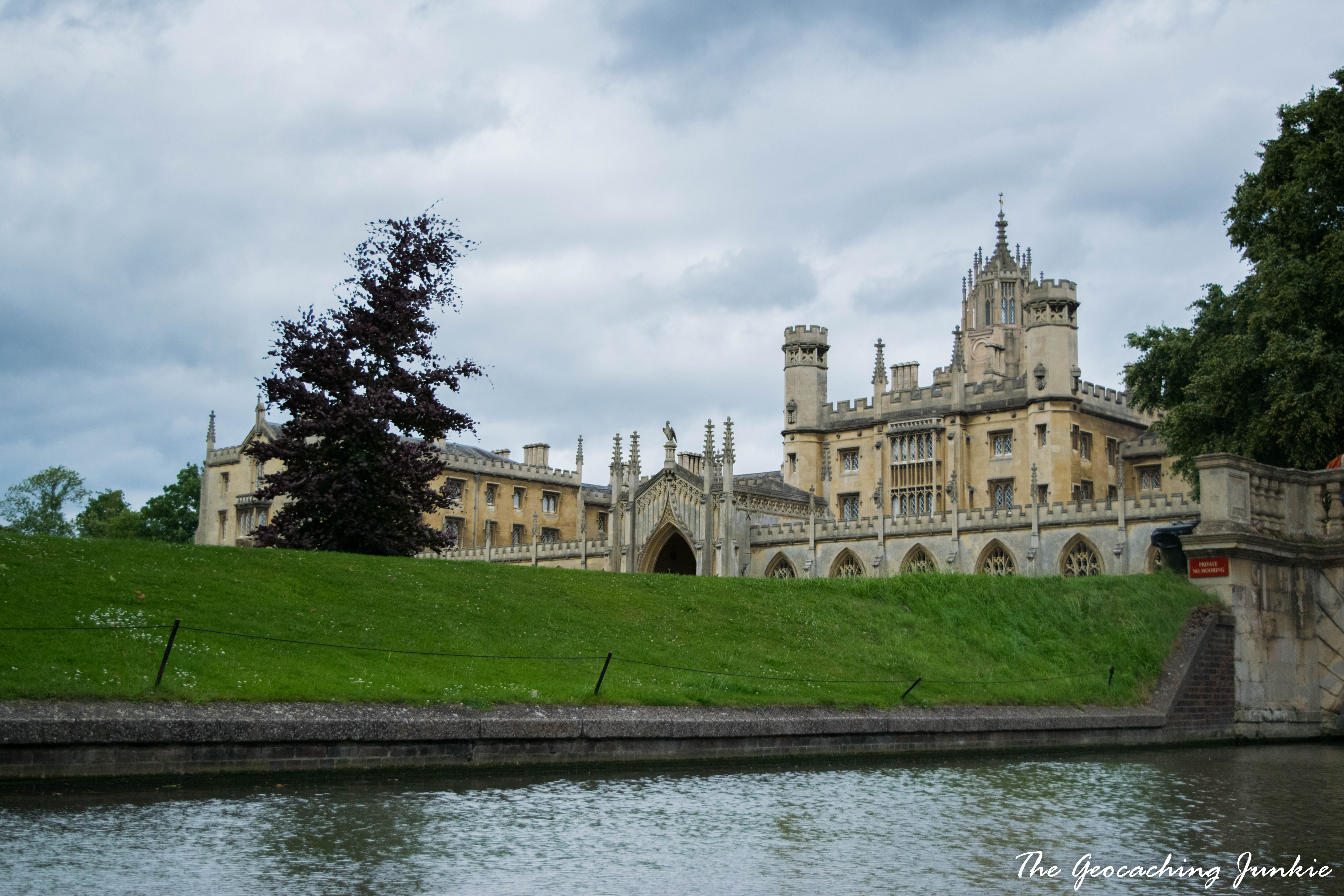 There are several bridges across The Backs and in my opinion the most picturesque of these is the so-called Bridge of Sighs. 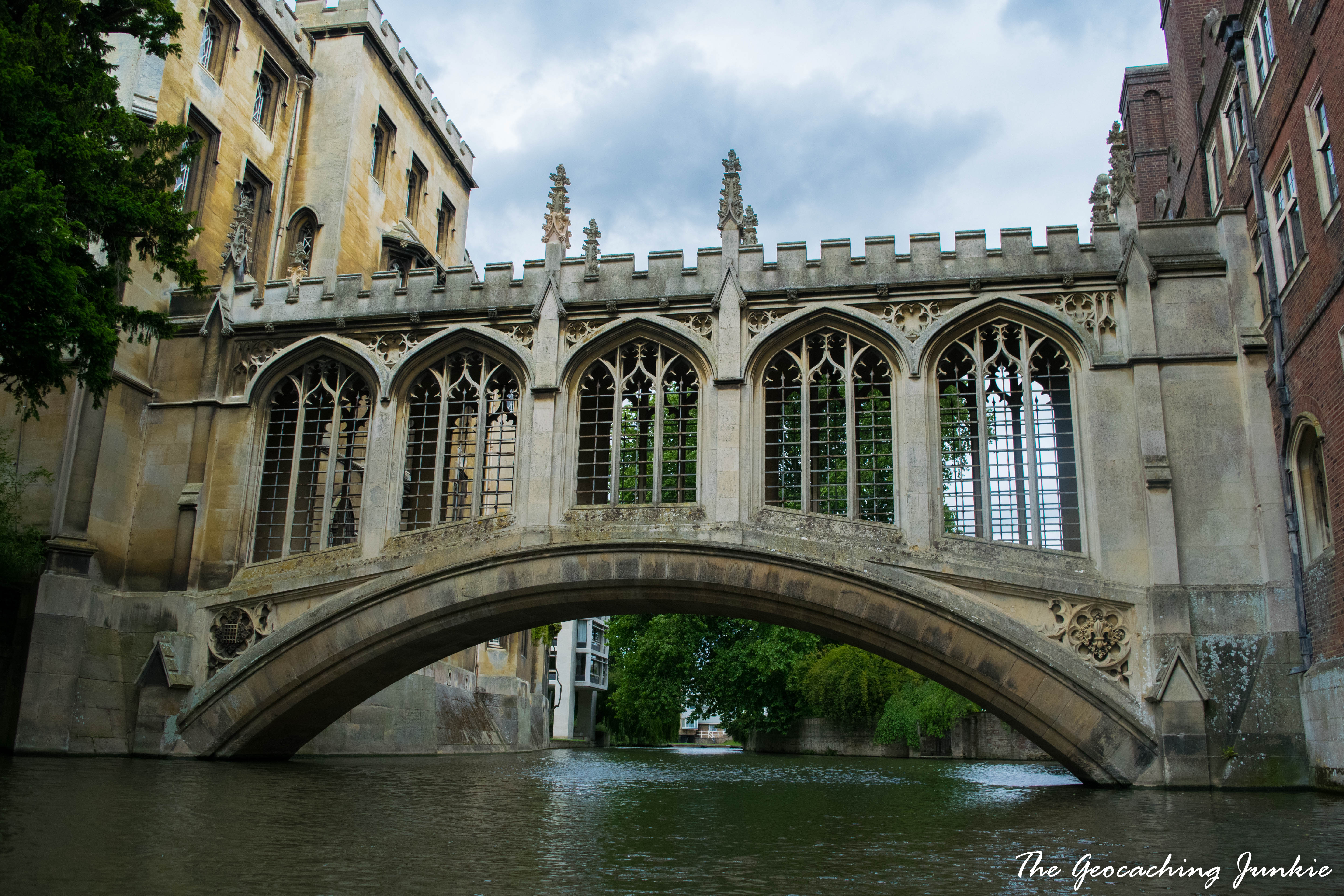 The bridge is said to have been Queen Victoria’s favourite spot in the city; upon seeing it for the first time she remarked that it looked like the Bridge of Sighs in Venice and the name stuck, although the two have almost nothing in common save for the fact that they’re both covered. Dissimilarities to the famous Italian bridge aside, it is plain to see why this spot was beloved by Queen Victoria. 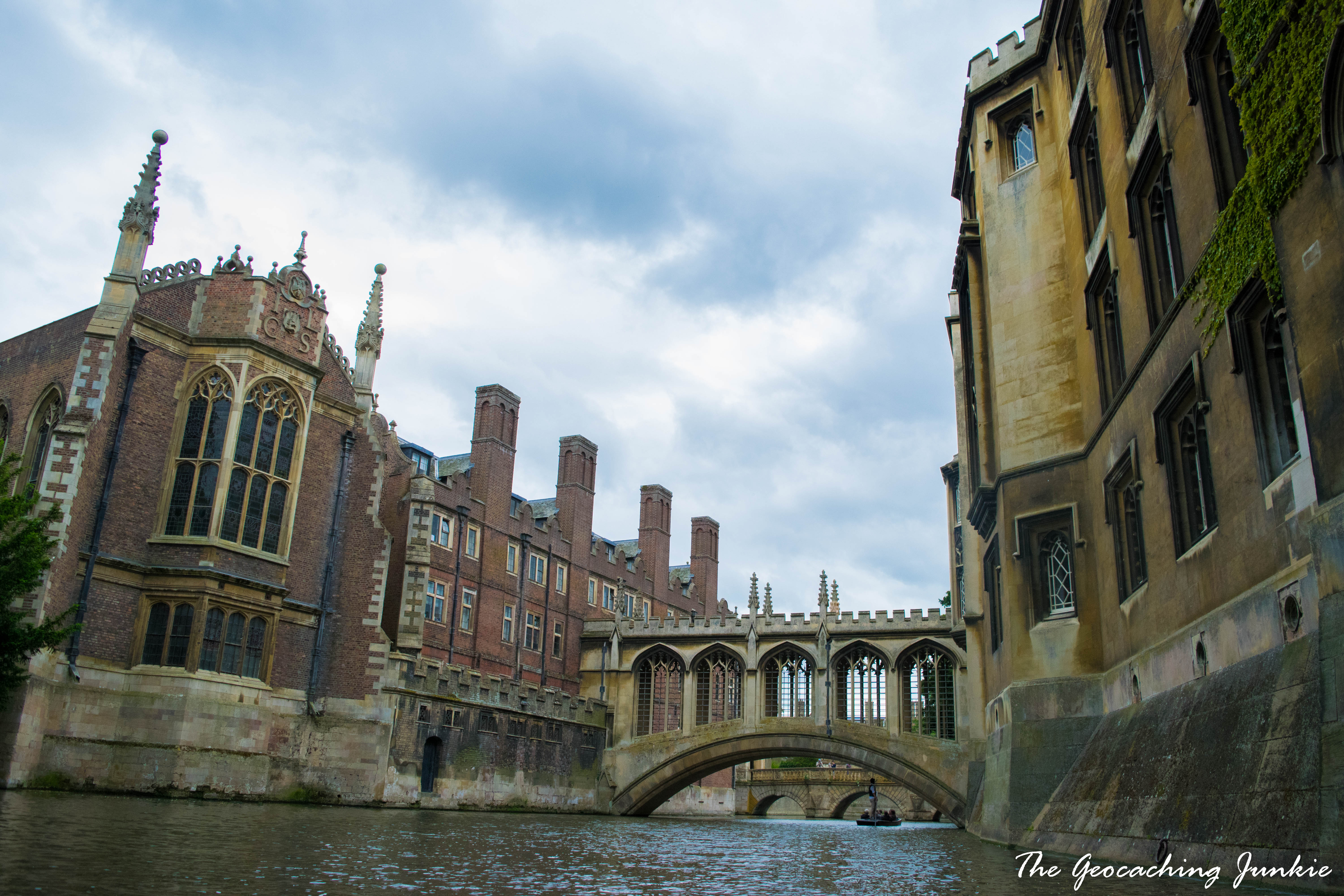 Our tour lasted 50 minutes and was over before we knew it. Of course, if you want to enjoy The Backs for longer, you can self-punt along this section too.

Punting aside, Cambridge is an amazing place to walk around. Many of the universities open their grounds to the public, but not during exam periods so bear this in mind when you’re planning your visit! 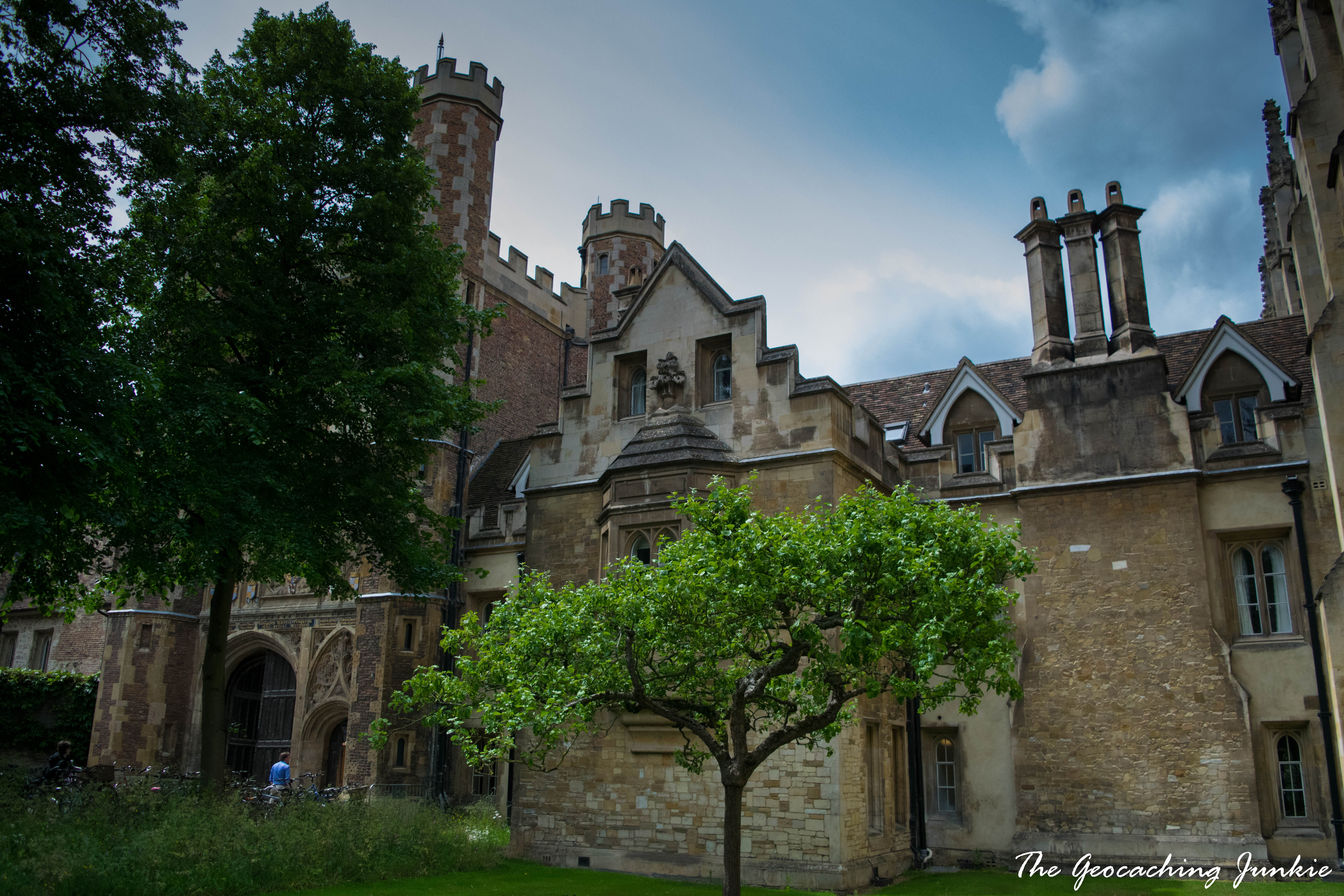 Parking can be expensive but prices differ between car parks, the cheapest of which is at Queen Anne Terrace (a 15 minute walk to the city centre). Alternatively, you can park at one of five park and ride sites and pay £1 to park and £3 for a return bus ticket to the centre (we parked at Trumpington). 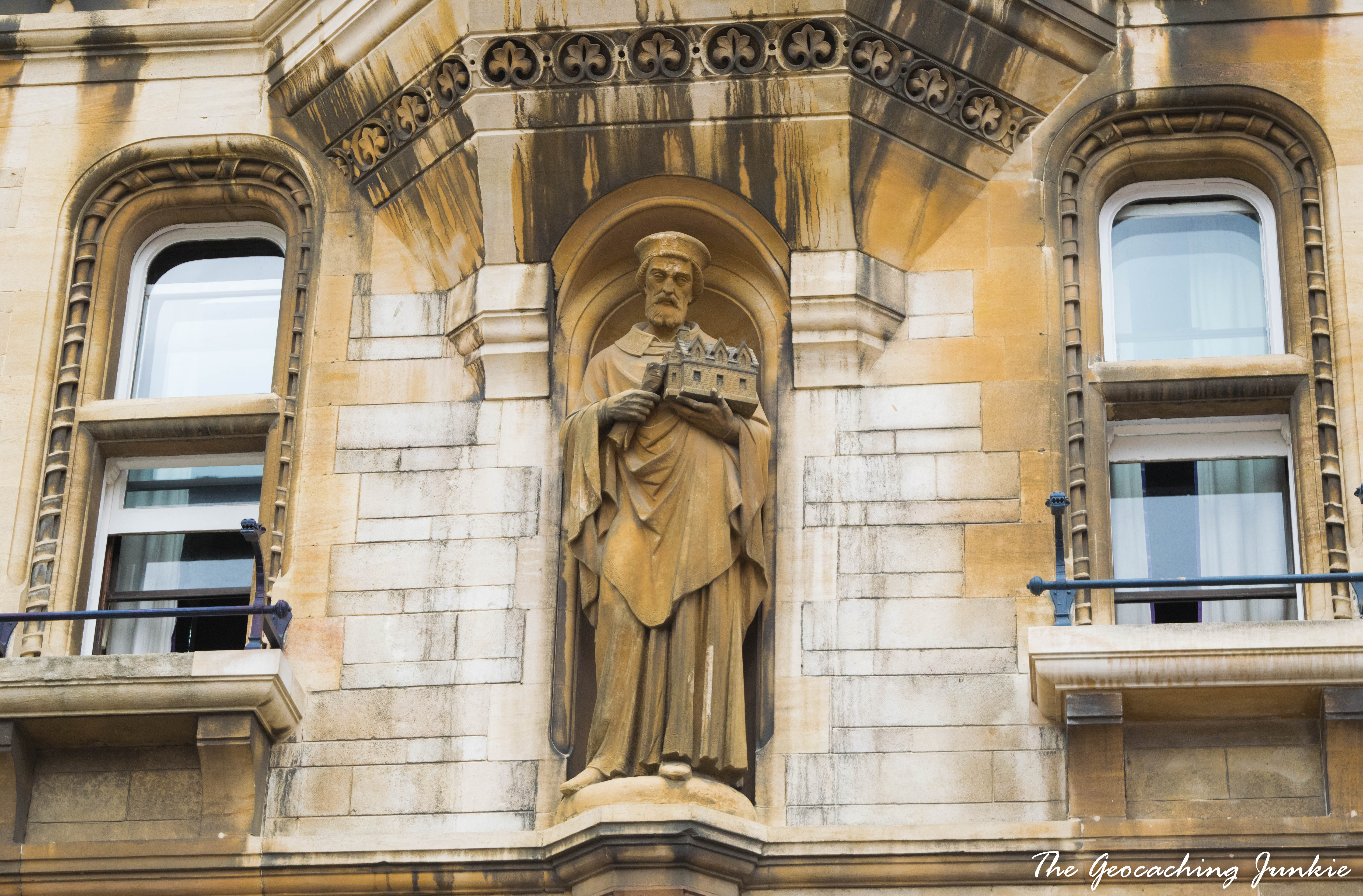 The university city is just 35 minutes by train or 45 minutes by car from Stansted Airport. 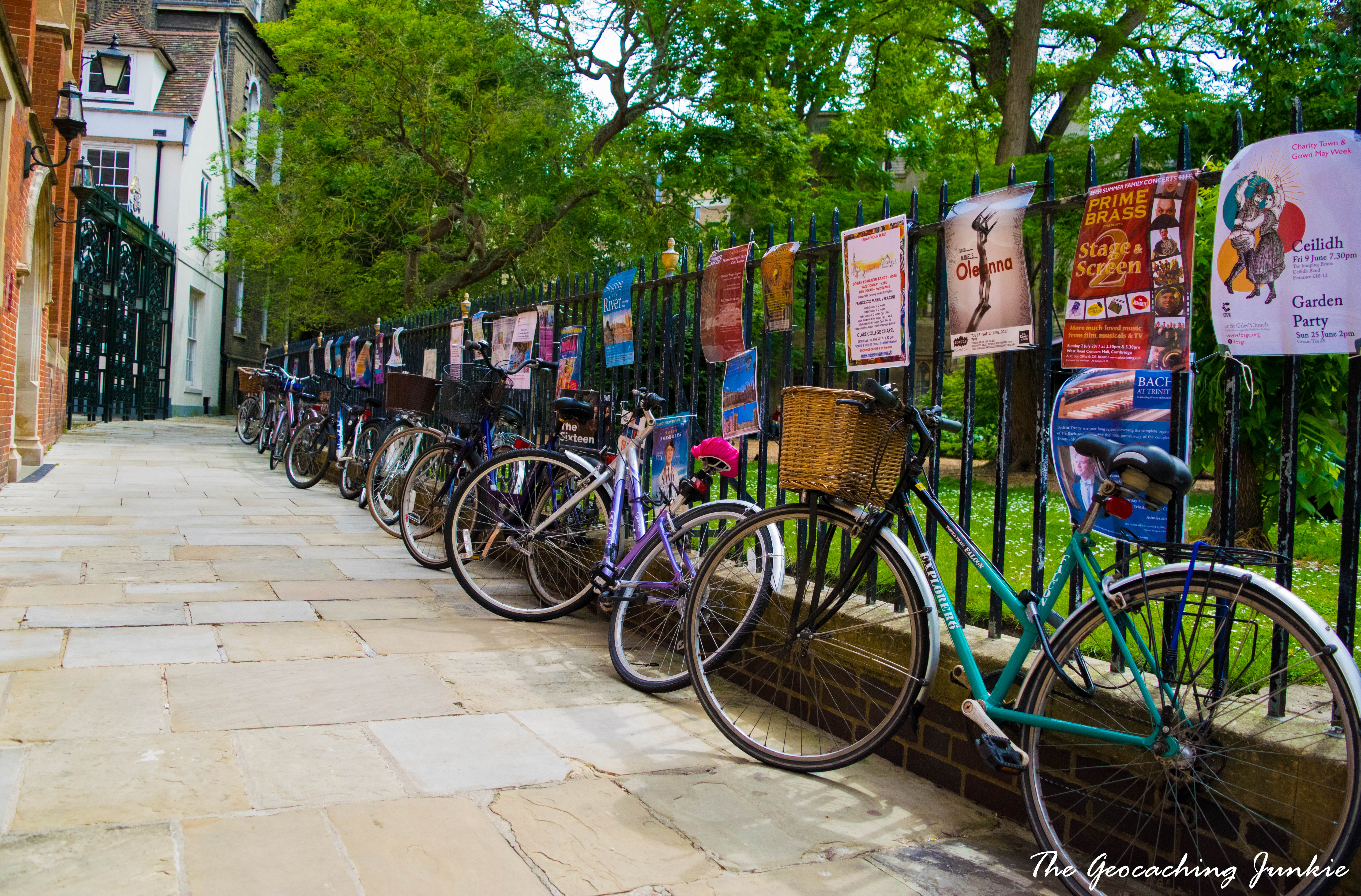 What unique activities have you tried while visiting a new city? Let me know in the comments!

3 thoughts on “Cambridge: Well Worth a Punt | The Geocaching Junkie”