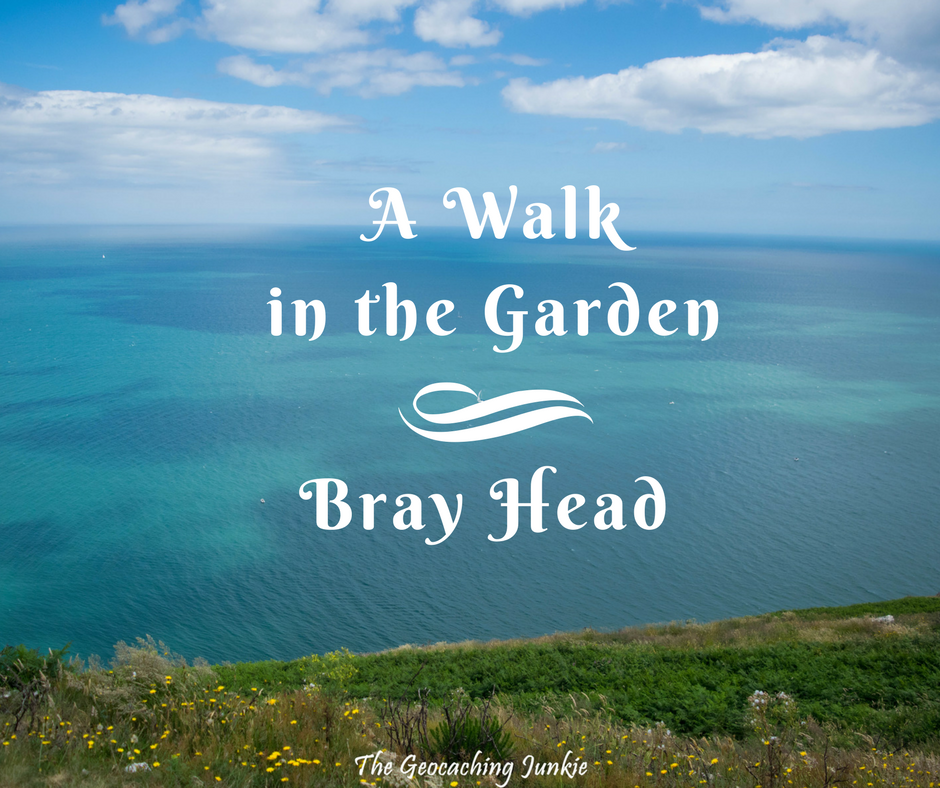 I recently wrote on my Facebook page about my desire to make every blog post I publish as close to perfection as I can manage. Blogging can be time-consuming but I love it and don’t plan on stopping anytime soon. Lately however I’ve been extremely busy with a new position at my 9-5 (blogging is not actually my job, much as I wish it was!) as well as planning my wedding next month! On top of those things, you will probably have noticed, we have been filling our weekends with various trips both home and abroad. All these things together mean there is not much room for all the tasks I need to do before I press ‘publish’ on a blog post.

Last year, I set myself the challenge to blog twice a week and I surprised myself by smashing the target and publishing a total of 106 blog posts in 2016. In January, I conceded that two blog posts a week was probably not going to be doable again this year, so I brought it down to at least three times in two weeks. More recently, even that hasn’t been possible. As much as I love blogging, I don’t want it to become so stressful that I don’t want to do it anymore. All this to say: for now, I will be blogging when I can and definitely not just for the sake of pressing ‘publish’.

Regular readers will know about my New Year’s Resolution to do at least one hike per month. We had four weekends in June and each one was packed: trips to Cambridge, the GeoNord Mega in France, Rathlin Island and Donegal meant that planning a hike got pushed to the bottom of my to-do list. Last weekend, the muggle and I were in my hometown of Bray to sort out some wedding plans and with a free Sunday morning, we took the opportunity to do a well-known hill walk, up Bray Head!

A few months ago, I was on a flight to East Midlands and overheard a somewhat intoxicated man in the row behind us talking to the couple next to him. He had been on a stag party in Dublin but told them on one day, they all took the train to Bray. He was singing the praises of the town and called it, ‘the Rio de Janeiro of Ireland,’ presumably in reference to the cross perched on top of the hill, which has become a symbol of the town.

While Bray may not be quite as exotic as Rio (or so I’ve heard), it certainly has a significant draw for geocachers: on 3rd June 2000, Chris O’Byrne placed the very first geocache in Europe on the side of Bray Head. Little did he know that this small act would place the North Wicklow town firmly on the geocaching map for years to come!

While GC43 is more easily accessed from the cliff walk that runs around the lower part of the headland, the top of the hill can be reached from a number of points. The most popular ascension is up the front of Bray Head, which starts with a set of steps close to the Raheen car park.

As much as I’m not a fan of uphill walking, I really hate when there are steps involved! The steps are uneven in places, so while they are probably the part of the walk you’re least likely to trip, you still need to watch your step.

Trip hazards are rife in this part of the walk, with tree roots sprawling out over the well-worn trail. Although they might pose a danger of tripping, the intricate web of roots is certainly photogenic. 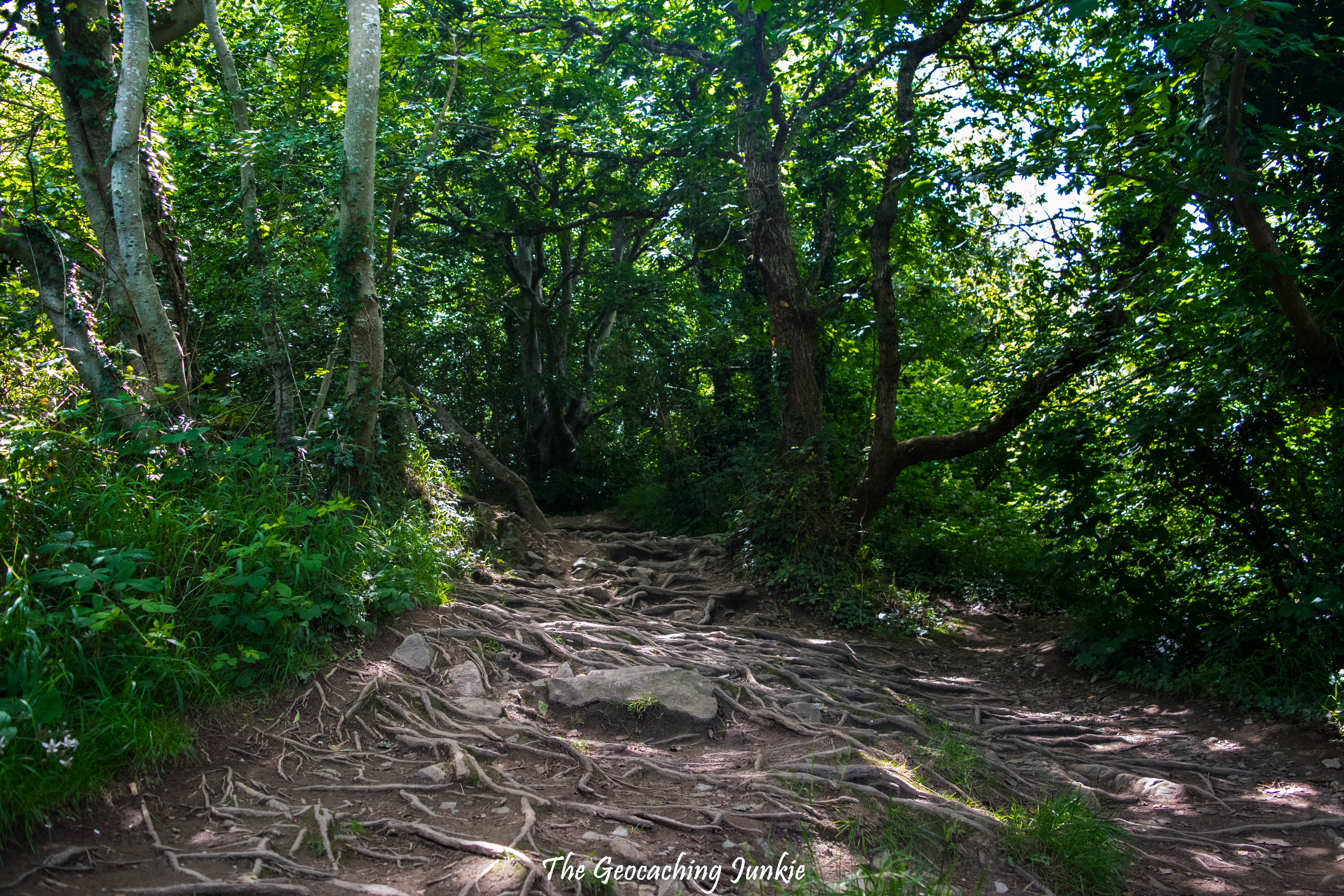 After the roots, there is a clearing in the woods, which is a great place for a pit stop if you need one! The fallen tree trunk here has been the backdrop to many Murphy family photos over the years – great memories! 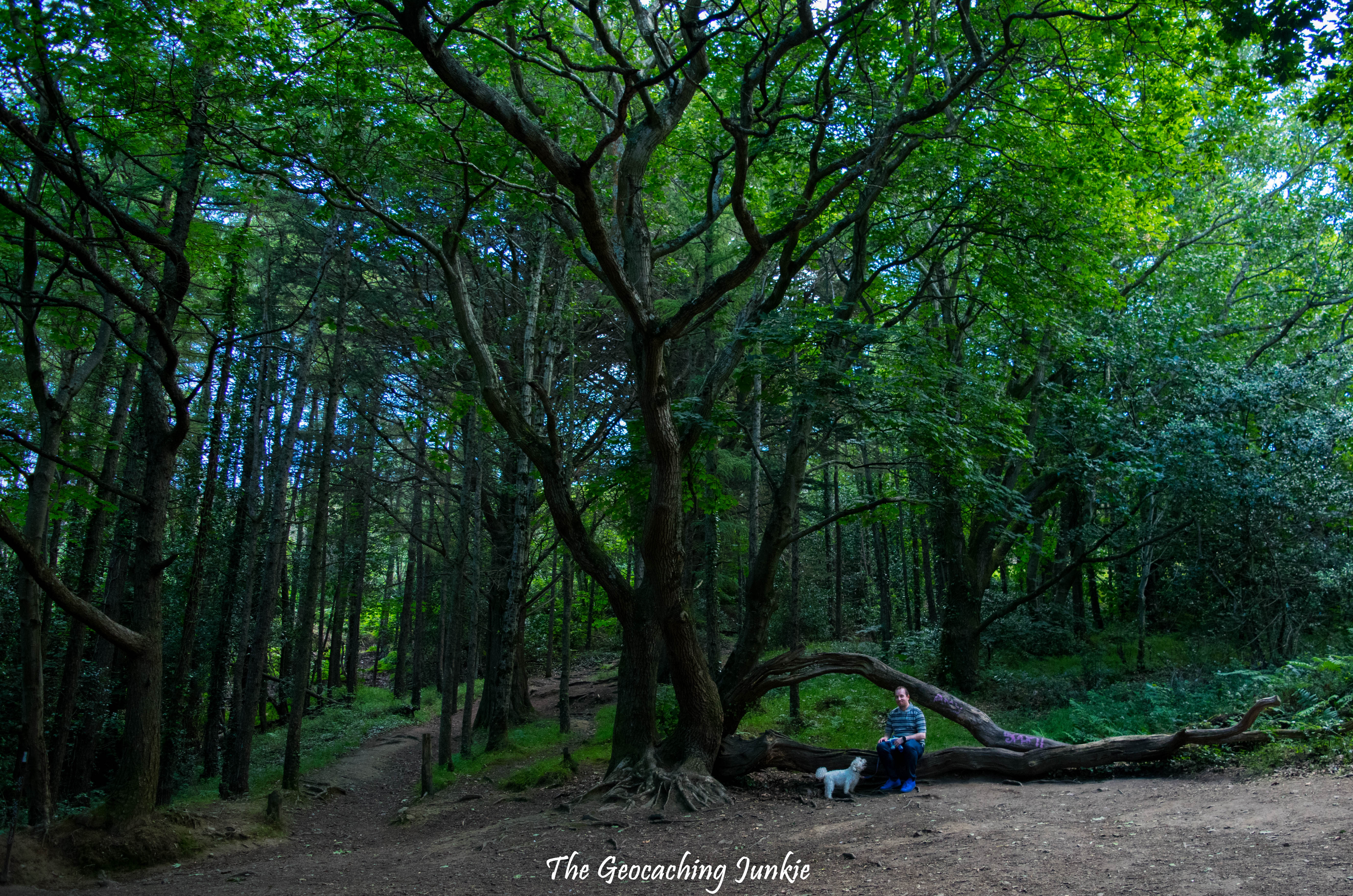 Upon leaving the woods, you get your first glimpse of the cross at the top. This part of the path is rocky and in summer, is usually lined on both sides by gorse bushes. Unfortunately, in 2016, the area was burned in gorse fires several times and while the grass has grown up, the gorse is still scorched and black. 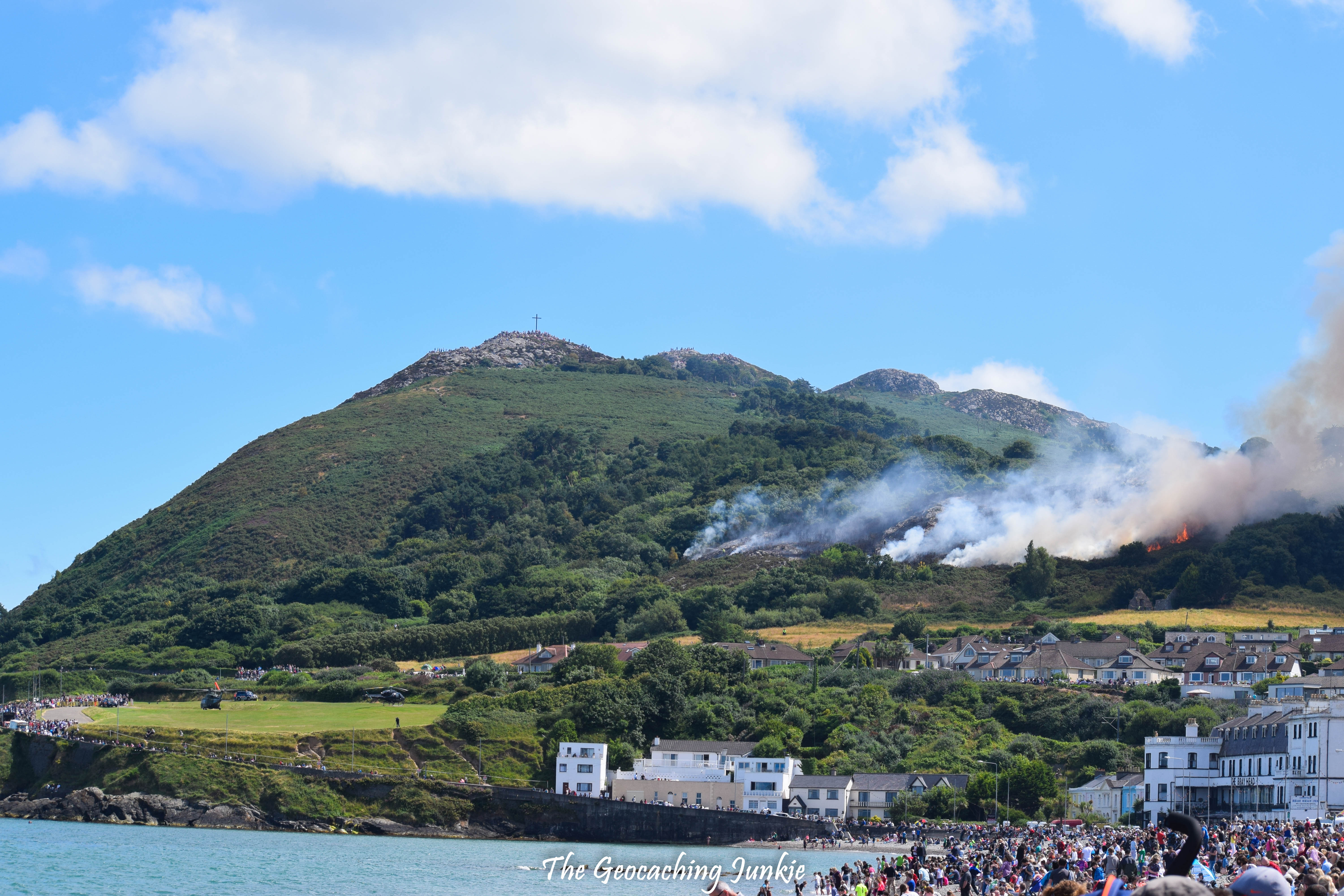 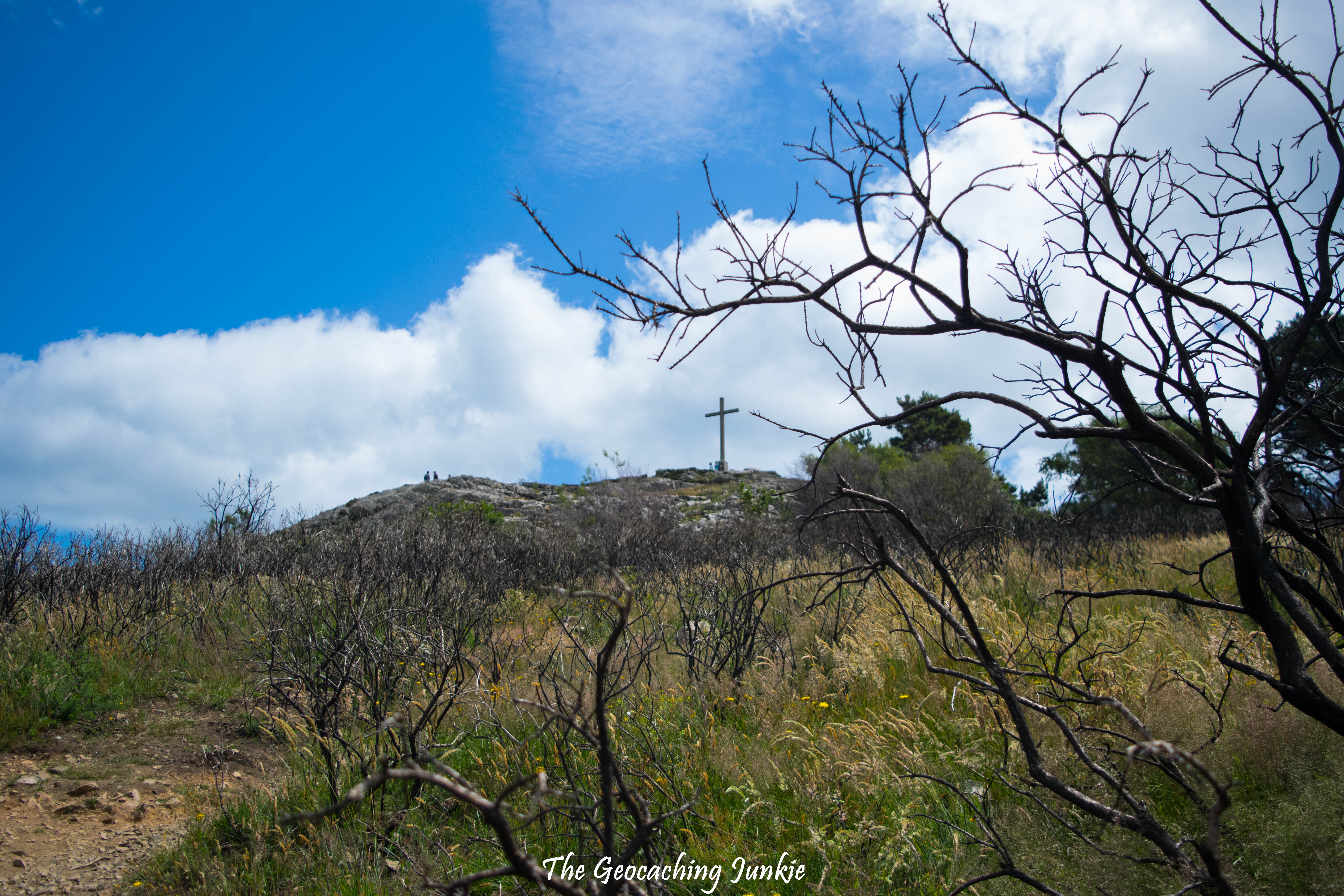 The very last section of the walk before reaching the summit involves a little scrambling, with loose rocks across the trail. The hill stands at just 241 metres so it’s a short hike, but with some great views from the top. 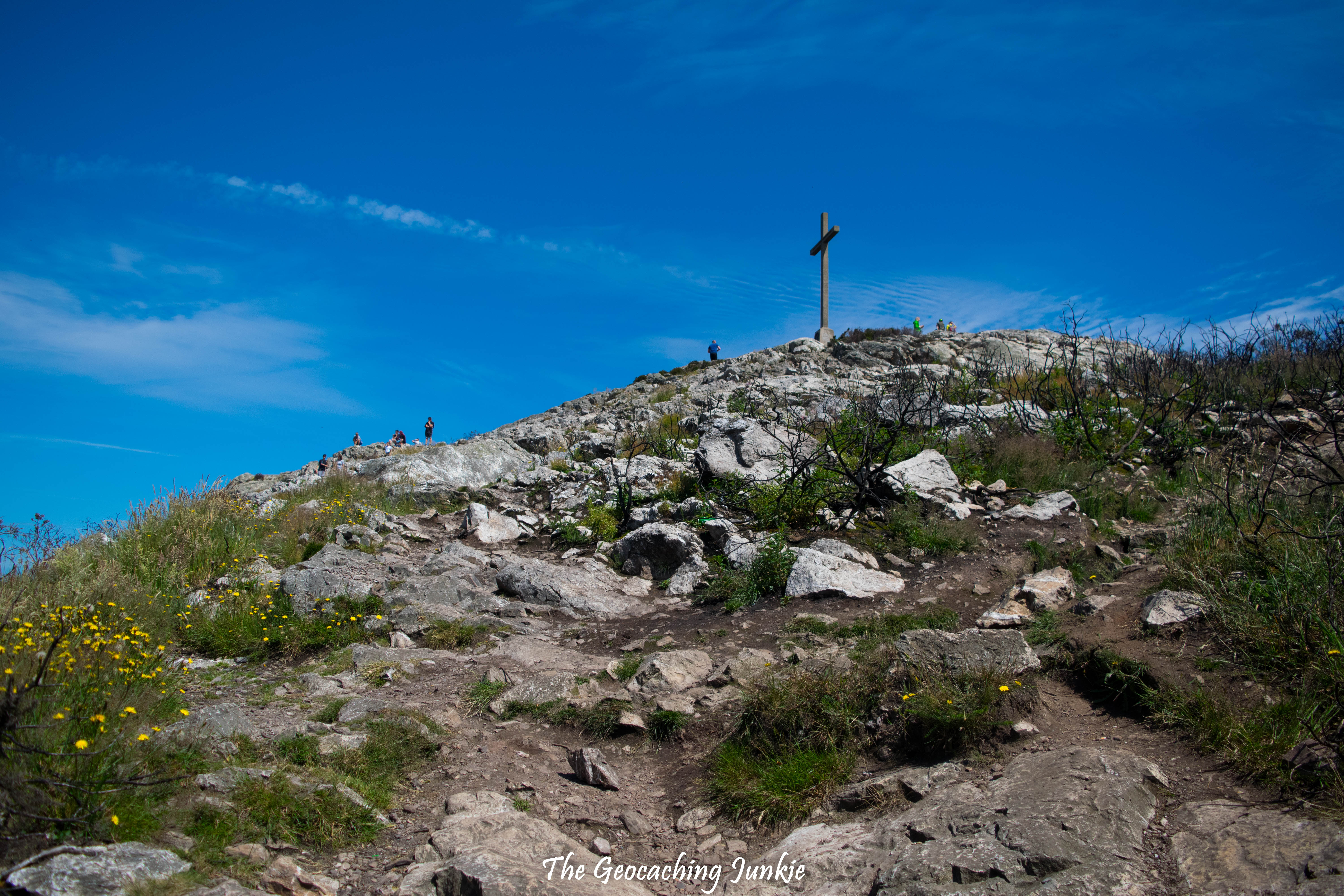 The concrete cross at the top of Bray Head can be seen from several spots in the town. It was placed in 1950 in a Jubilee year of the Catholic Church. Walkers converge around the base of the cross for a well-deserved rest.

For the best unobstructed views, it’s a good idea to move away from the cross a little and perch on one of the rocky outcrops to the side of or just below the cross.

What I always huff and puff up the hill for is, of course, the view! Not only is there a great view of the town (I can see my mother’s house from here!), Bray Head is directly on the coast so the sea views to the east are breathtaking. In the distance to the west, you have the Wicklow Mountains, including the distinctive Great Sugarloaf.

Bray Head is in a great position to afford very different views on each side. On a really clear day, you can see the outline of Wales to the east in the distance. I have been up the hill on countless occasions and only once has it been clear enough for this (it was over 10 years ago).

It may not be the toughest hill walk I’ll ever do (it definitely is not, in fact) but it has a special place in my life and I hope to climb it many more times in the years to come. I highly recommend going up Bray Head if you come to find GC43; you won’t regret it!

Are there any walks or hikes that have a special meaning for you? Let me know in the comments!

1 thought on “A Walk in the Garden: Bray Head | The Geocaching Junkie”