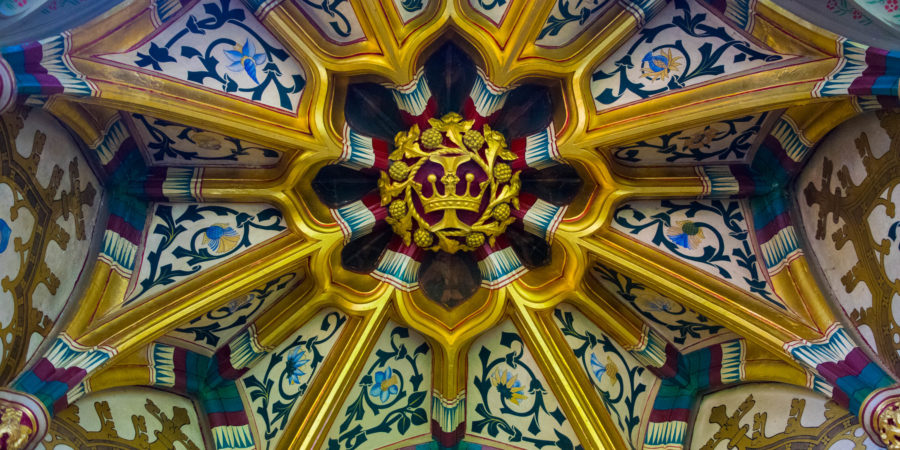 When it comes to picturesque castles, Wales is not short of a few. When the muggle suggested a short weekend getaway in Cardiff, his prime purpose may have been to visit the Doctor Who Experience before it closed for good on 9th September, but marital compromise meant that I could browse the interweb for some things I’d like to peruse while we were in South Wales. I’d like to say I’m the kind of person who first and foremost seeks out something different, something out of the ordinary, but for some reason, I am drawn to castles and cathedrals like a moth to a flame, so Cardiff Castle and Tintern Abbey were top of my must-see list for our flying visit.

On day one, we spent a few hours at Cardiff Castle, though we could have spent considerably longer exploring the fascinating 2,000 years of history contained within the rebuilt Roman walls.

Exiting the ticket office and gift shop, it is tempting to head straight to the eye-catching motte and bailey castle in the centre, but keen to save the best for nearer the end, I suggested we take a right and do a loop of the grounds. 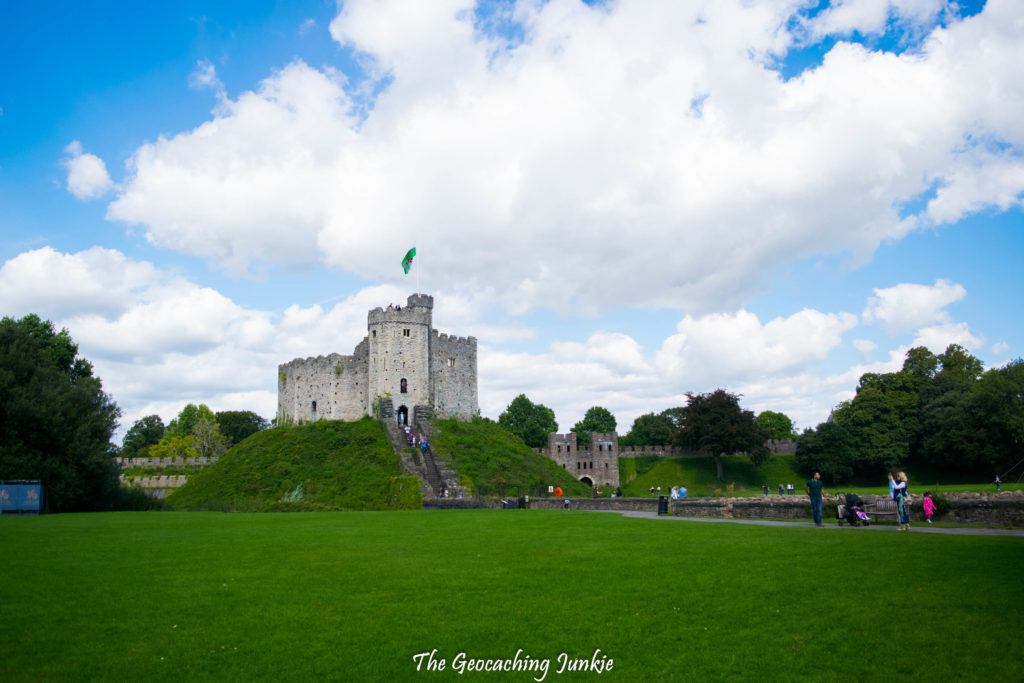 Entirely not what I was expecting when we arrived at a medieval castle, were the eerie wartime shelters. Long, dank corridors, with occasional World War II posters bedecking the stone walls, were filled with the faint sounds of air-raid sirens and the somehow unsettling sounds of Dame Vera Lynn singing We’ll Meet Again.

The shelters were essentially tunnels located within the castle walls and were once considered the safest place to be when the sirens sounded. It’s estimated that the network of 8 tunnels could hold up to 1,800 people, and nearby shops would even market their proximity to the shelters as a selling point to entice people in! 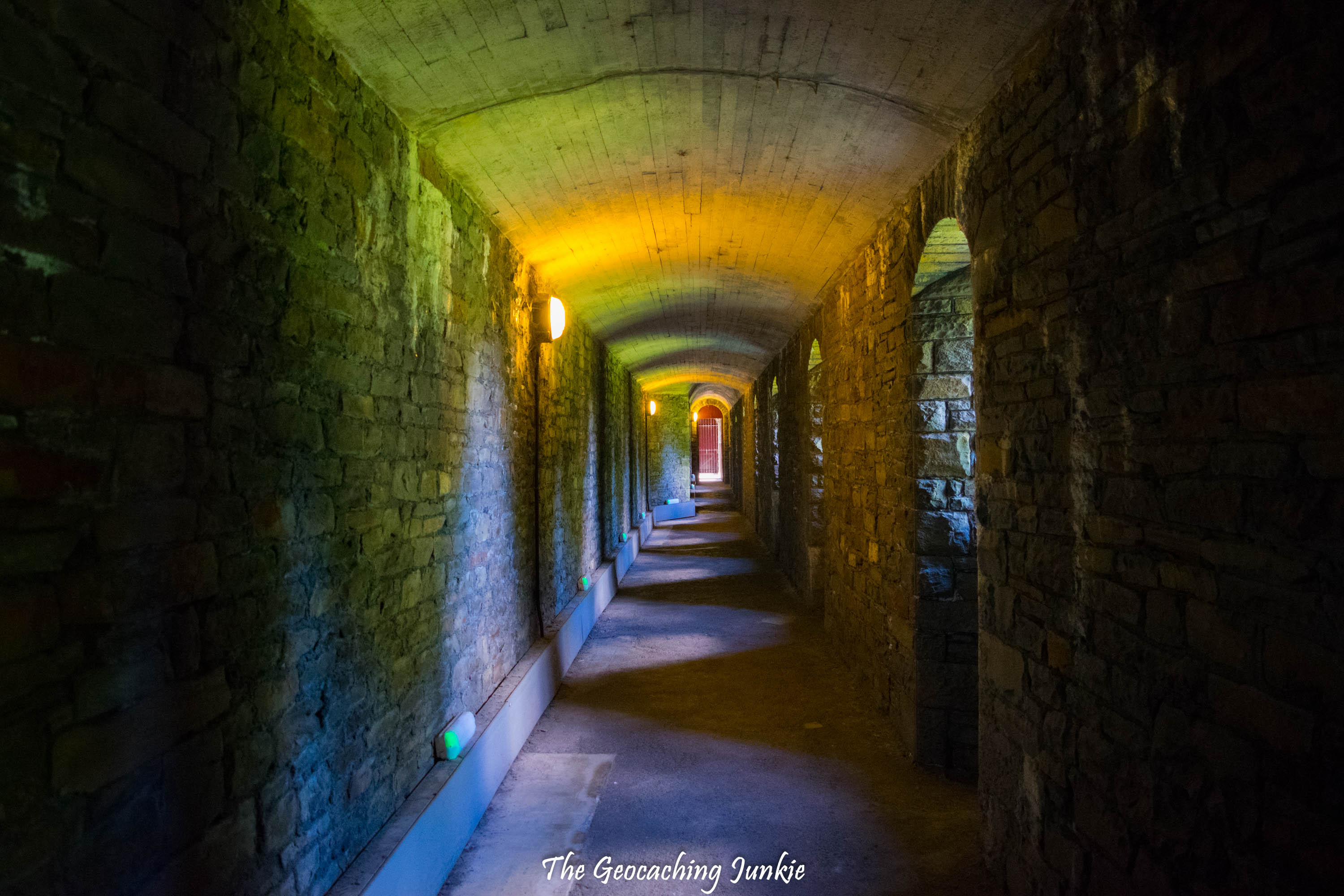 The classic example of a motte and bailey castle immediately draws you in the moment you step through the entrance at the South Gate. Having walked the length of the wartime tunnels and descended at the North Gate, we got a good look at the impressive Norman keep sitting high on its grassy mound, surrounded by a water-filled ditch. 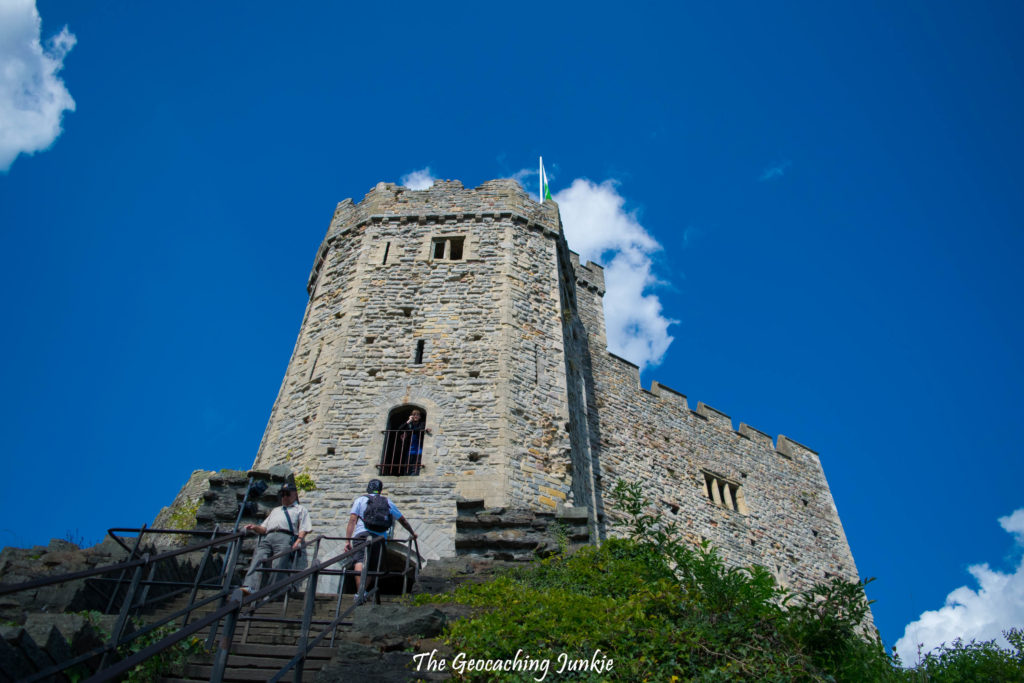 The stone steps leading to the entrance of the keep are quite sheer, and the stairs on the interior are even steeper. Descending the steps proved to be the most difficult part for me – there was some white-knuckle clutching of the banister! As with most old, stone towers, the staircase inside was winding and also very narrow, with room for one person going up or down at any one time. 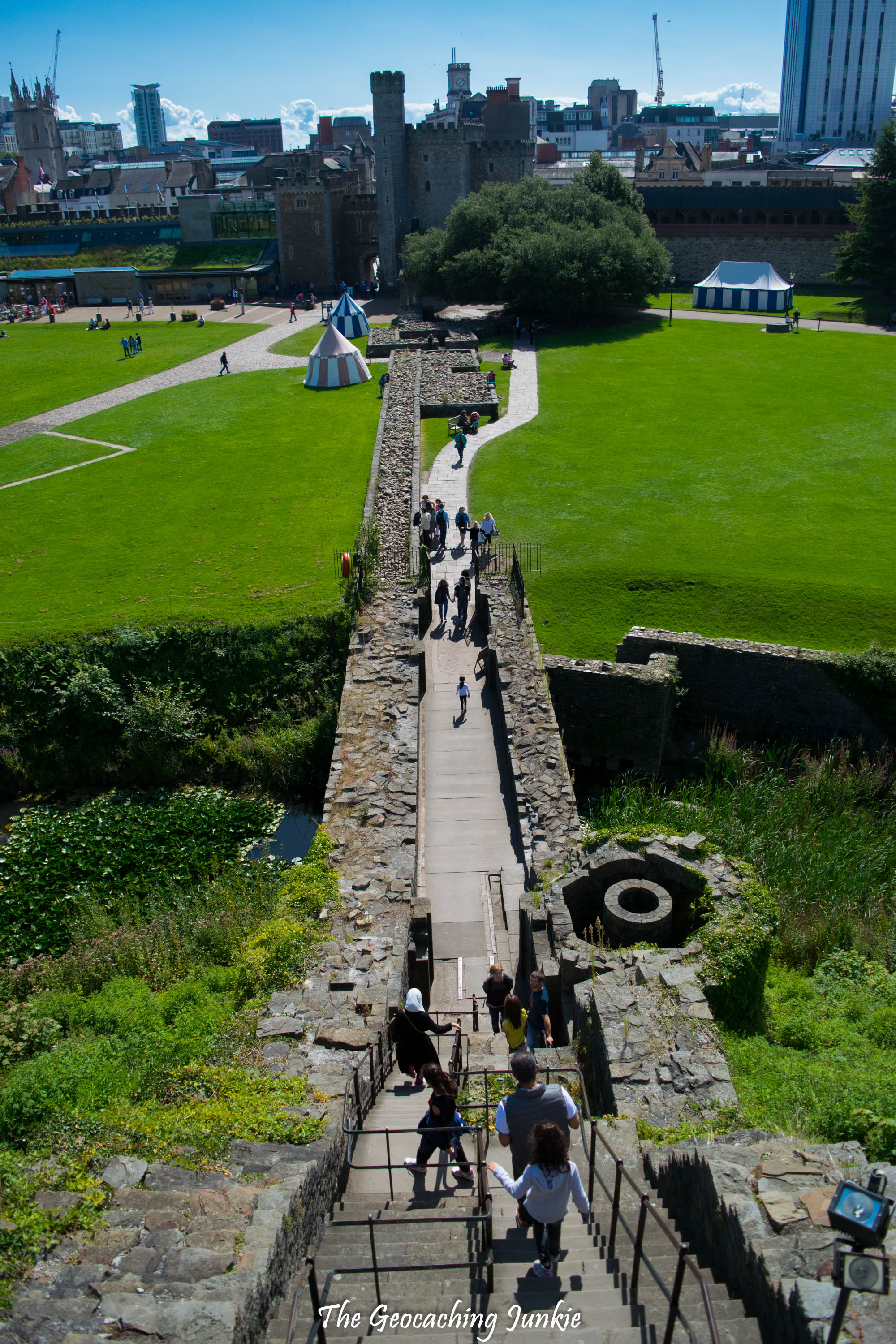 It’s definitely worth venturing up the steps, all the way to the roof of the tower if you can, as the views are really fantastic. Although it is probably best avoided if you have a fear of heights! 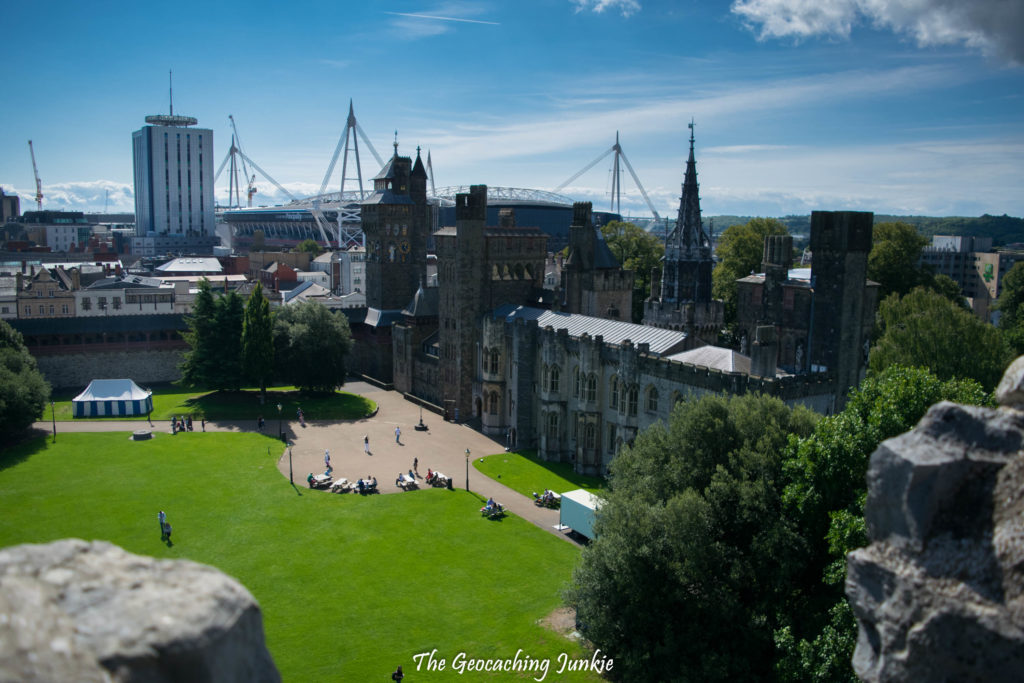 We have visited some impressive stately homes this year, including Chatsworth House in Derbyshire and Castle Ward in County Down, but the castle apartments at Cardiff Castle are undoubtedly the most elaborate, fairytale rooms I have ever seen. Standing at the door to the Arab Room, it was like staring in to a fantasy world. The extravagant design and intricate details are just unbelievable. It’s hard to fathom that this was once – relatively recently – a family home. The fifth Marquess of Bute inherited the title in 1947 and paying hefty death duties left him unable to run the estate and he subsequently handed it over to the city of Cardiff on behalf of the people. 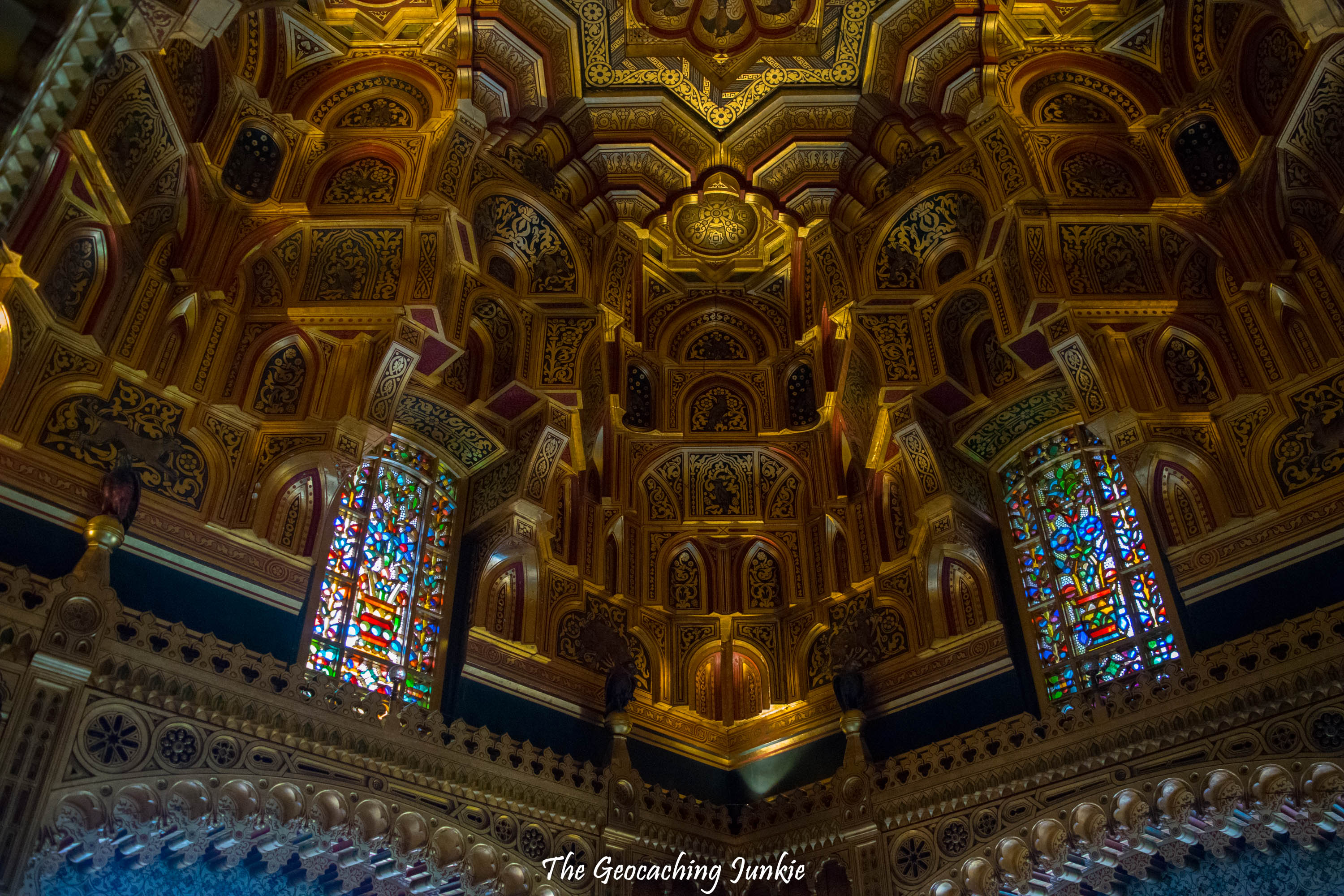 The opulent rooms were the brainchild of the third Marquess of Bute, who inherited the castle and title in 1848. The great Victorian art-architect William Burges was brought on board for the renovations, as he shared the Marquess’ passion for Gothic Revivalism. While the Arab Room is undoubtedly a masterpiece, the detail in the gilding and carving on display in all of the rooms is truly incredible.

Getting There & Getting in

Cardiff Castle is located just minutes from the city’s main shopping district, on the aptly named Castle Street. Adult tickets cost £12.50 each, with the possibility to pay an additional £3.25 for a 50-minute guided tour of the house, including a visit to several rooms not open to standard ticket holders. There are concessions for seniors, students, families and groups, and children under five enter for free. Admission also includes an easy-to-follow audio tour and entry to ‘Firing Line‘, the Museum of the Welsh Soldier. 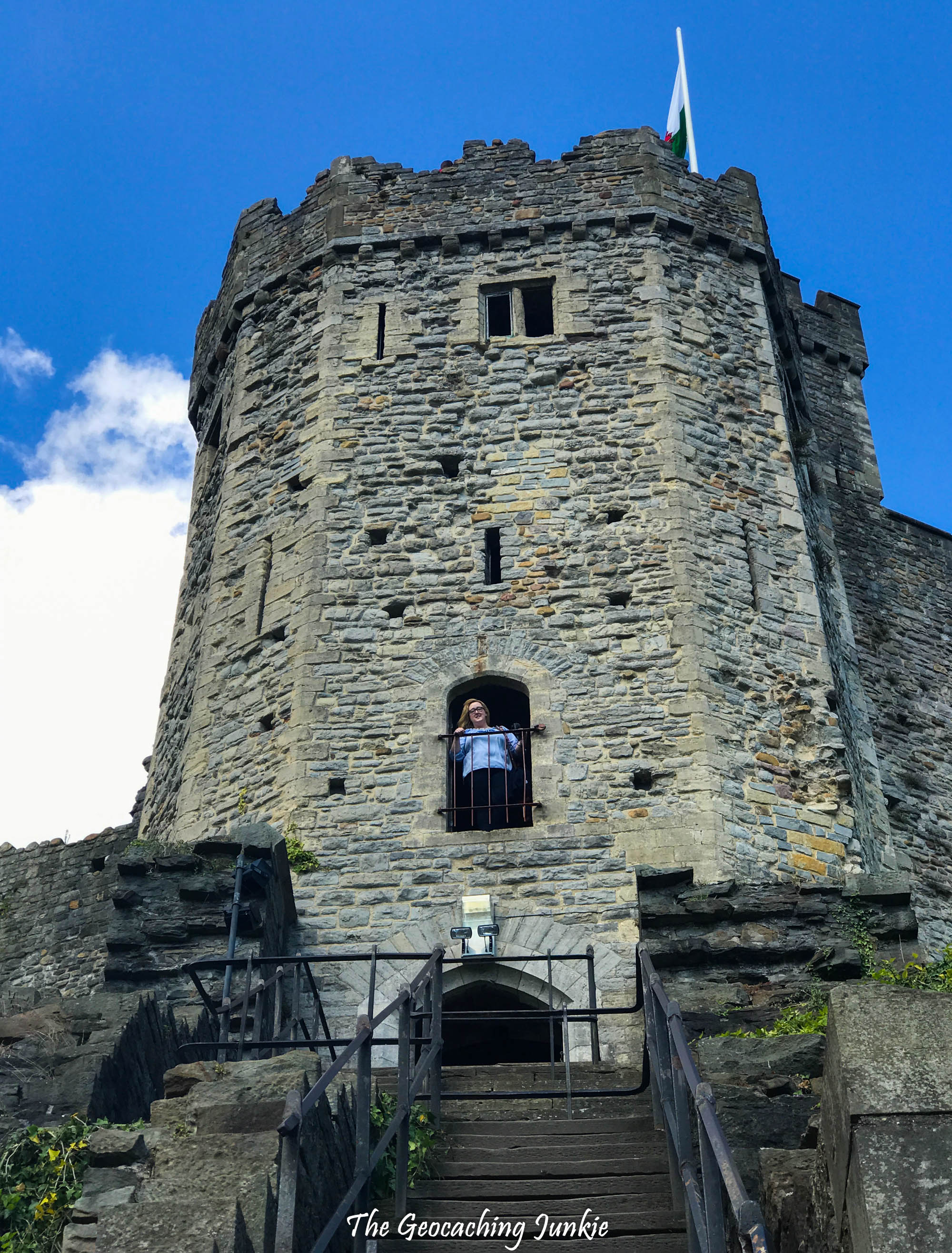 A visit to Cardiff Castle will definitely not disappoint history buffs, and the entire complex is a photographer’s dream. If you can, go on a dry weather day, because the Norman Keep is definitely best explored when it’s not raining!

4 thoughts on “Cardiff Castle: The Jewel in the City’s Crown | The Geocaching Junkie”