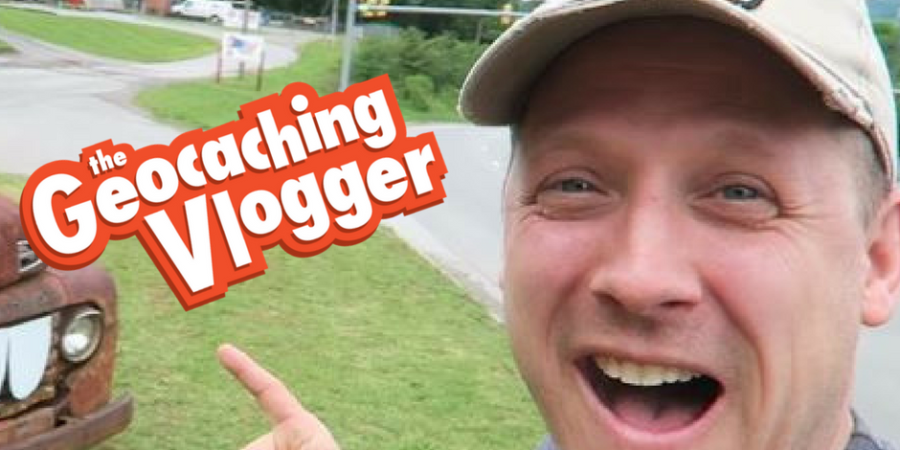 We don’t really have many celebrities in the world of geocaching. Sure, some cachers might be a little starstruck when they meet a HQ lackey, and many will have heard of Dave Ulmer, the first ever geocacher. However, when I see a Geocaching Vlogger video mentioned on Facebook, there are often comments from people bragging that they have met him ‘in real life’, and replies of ‘oooh I’m jealous, I would love to meet him!’ It may not exactly be at Beatlemania levels, but it’s about as excited a geocacher can get without bagging an FTF on a 5/5.

I first discovered Josh, the Geocaching Vlogger, not long after I started geocaching. I was in that phase of a new-found obsession where I absolutely had to consume as much information as I could find on the topic. I found a video called ‘My Geocaching Addiction’, which was coincidentally uploaded just three days before I started geocaching. I had only been caching a few weeks and I could already relate. I just had one question though: what is this magical FTF and how can I get one??

‘My Geocaching Addiction’ is still, without doubt, my favourite video from the Geocaching Vlogger. While I am no longer the FTF hound I once was, I still laugh out loud every time I see that punch!

Who is the Geocaching Vlogger?

If you haven’t heard of Joshua Johnson, you clearly haven’t searched for ‘geocaching’ on YouTube. With almost 42,000 subscribers, Josh is second only to Groundspeak’s official channel as the most popular geocaching YouTuber.

Josh lives in the Minneapolis area of Minnesota with his wife Tammy and three kids and has been caching since 2008. Having heard about geocaching from both a friend and a co-worker separately, and wanting to buy “something cool” for himself for Father’s Day, he purchased a yellow Garmin eTrex. After watching some video tutorials, Josh soon set out on his first geocache hunt and found Civics 101 near his workplace.

Josh was already a fan of vlogs when he started geocaching, watching lots of daily videos, where people share their day-to-day lives. When he bought a flip camera on Craigslist in 2011 with the aim of capturing his kids’ milestones, the first thing he shot was a geocache hunt in the parking lot where he made the purchase, which he then promptly uploaded to YouTube. Then came the light bulb moment: a lot of the daily vlogs he watched were monotonous and he thought:

At that time, there were only a few geocaching videos even on YouTube, and most of those were tutorials, with a few spoilers too. Josh was more interested in “telling a story” and this is undoubtedly one of the reasons his channel continues to be so popular. So where does he find inspiration for his almost 700 videos? 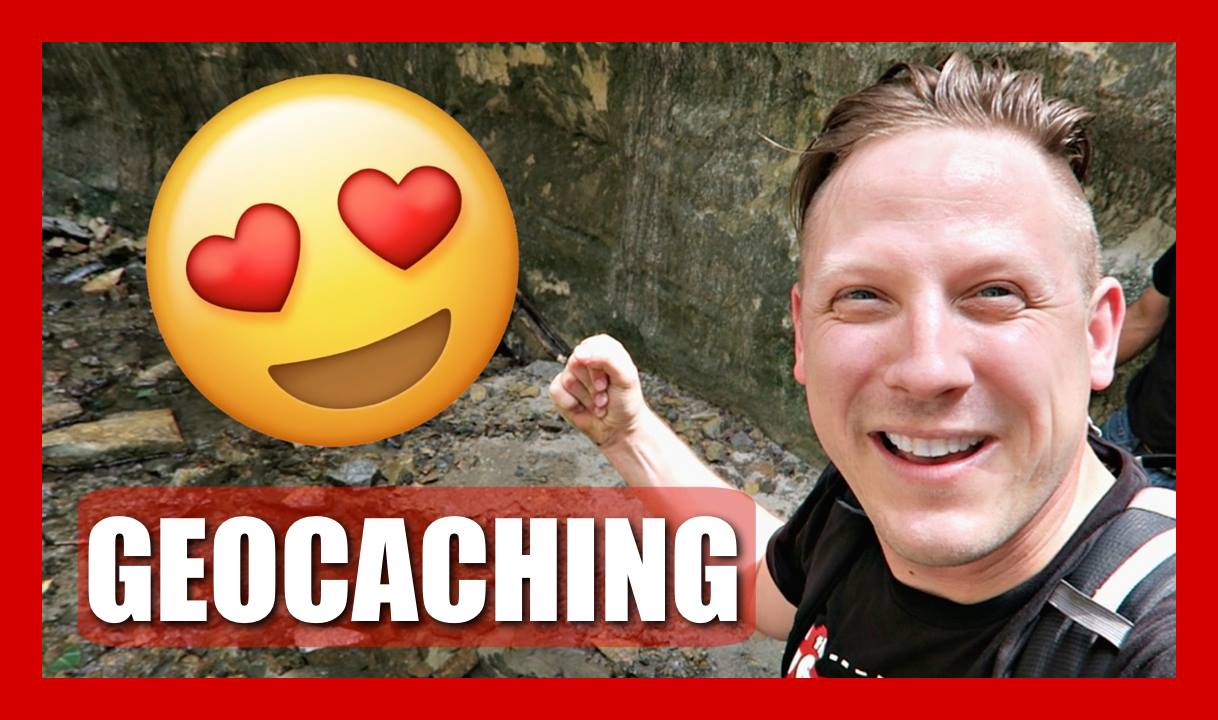 The Gift of the Gab

There are numerous geocachers out there vlogging and lots of them are really entertaining, but what sets Josh apart from the crowd, in my opinion, is his ability to tell a story and tell it well. However this, he says, can be the most difficult part:

[…] how do you create an interesting story within each of those adventures? To pick out and find that little gem inside that adventure […] is the key to making the story, and the video, great.

Josh credits his positive energy for the popularity of his YouTube channel. His videos are family-friendly and can inspire people to get off the couch and go geocaching.

You know I love to ask the tough questions, so I asked Josh what his favourite video is:

Sarah, that is the most difficult question you could ever ask me!

He said there were so many videos that he loved, but he mentioned in particular his trip to Astoria in Oregon, when he visited some Goonies movie locations: quite the adventure for a huge Goonies fan! He also recalled geocaching in South Korea in 2016, which, he says, was an unforgettable trip where he was made to feel so welcome by the local cachers.

Always keen to get a scoop, I asked Josh to share something his followers may not know about him and he revealed he’s a huge WWE wrestling fan. This may not be such a huge surprise for fellow WWE fans who watch his YouTube videos, as he does the ‘yes chant’ regularly (I had to do some research to find out exactly what the heck that was!).

In October, Josh will travel to Louisiana with his family to attend the Cache de Bayou – Cache Release (GC7255G) event in Houma, where a “meet and greet” with Geocaching Celebrity Joshua Johnson aka “The Geocaching Vlogger” is noted as one of the event highlights in the cache description.

For those of us that may not have the chance to meet such a geo-celeb in the near future, we can always make do with Josh’s regular updates on his YouTube channel. If you’re feeling uninspired and thinking about giving up geocaching, I’m sure watching the Geocaching Vlogger‘s enthusiasm and positivity will reignite your passion to get out of that armchair and go geocaching!

Do you watch any geocaching YouTube videos? Which are your favourites? Let me know in the comments 🙂