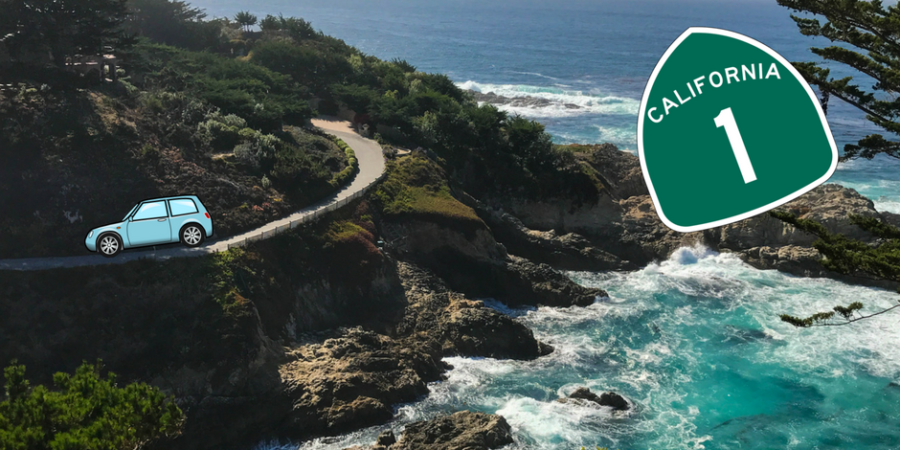 A road trip on the Pacific Coast Highway was one of our main targets during our recent US trip. Unfortunately, parts of the highway were closed due to a series of landslides between February and May of this year. Our aim was to drive from San Francisco to San Simeon in a day, stopping off at some iconic locations on the way, before continuing our journey to Hollywood the next day. The entire journey should have been driven on the famous Route 1. 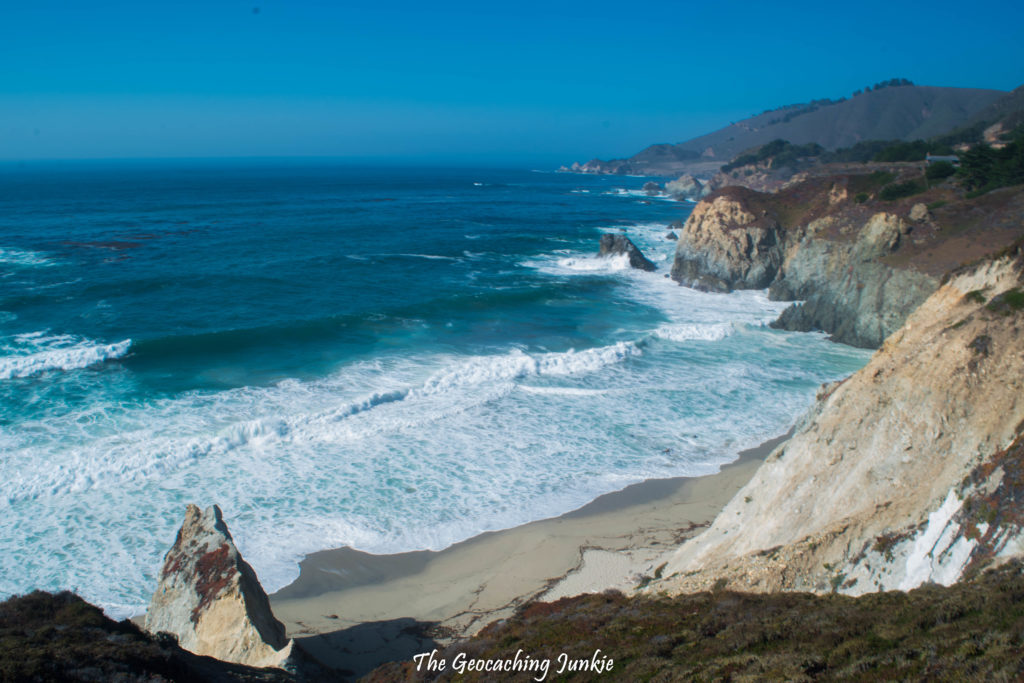 The road closures meant that we had to drive inland to reach our hotel at San Simeon, so the day was a bit longer than we intended. We also sadly had to miss a visit to McWay Falls, the famous waterfall that empties straight on to the beach, since this was cut off by the road closures.

Included in Lonely Planet’s “Epic Drives of the World” guide, the Pacific Coast Highway is an iconic route. Much has been written about this famous winding coastal route, and there is much more to it than what we experienced in our short time. Here are my top three highlights from arguably the best road trip I’ve taken.

The road was closed a few miles south of Bixby Creek Bridge, so a stop there meant a significant doubling back north to Monterey to head inland for San Simeon. But we just had to go. I felt like I couldn’t really say we’d driven the Pacific Coast Highway without a stop at one the most photographed spots on the entire route! 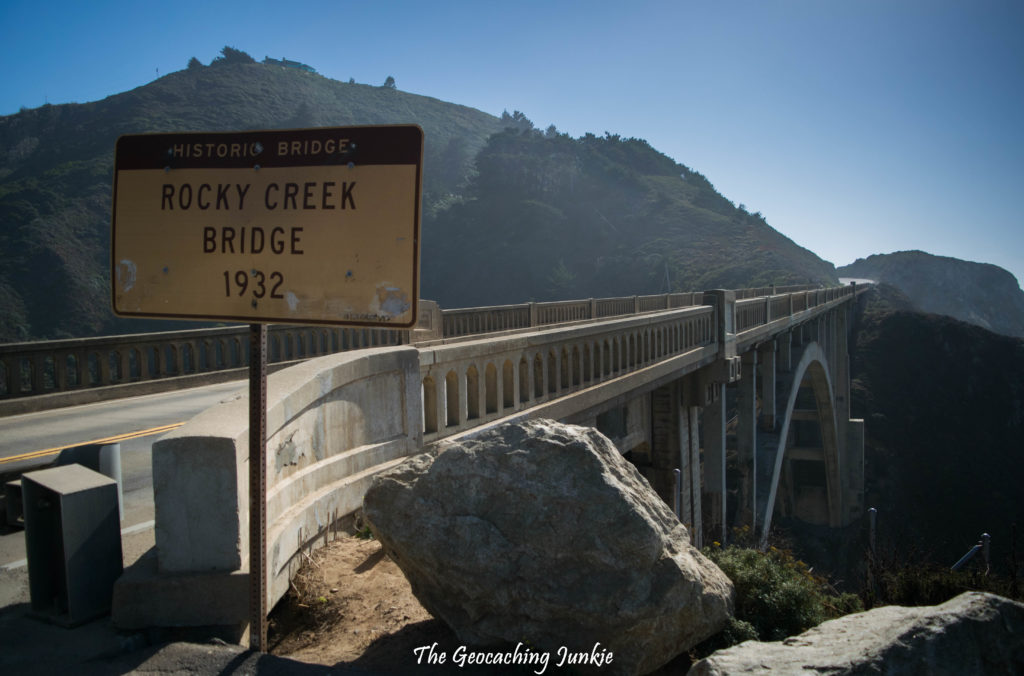 The bridge is 85 years old and is the main route in and out of Big Sur, one of the most popular tourist stopovers on Route 1. It’s one of the tallest single-span concrete bridges in the world and is extremely pleasing on the eye perched above the Pacific. Fans of the HBO miniseries Big Little Lies will recognise Bixby Bridge from the show’s opening credits. 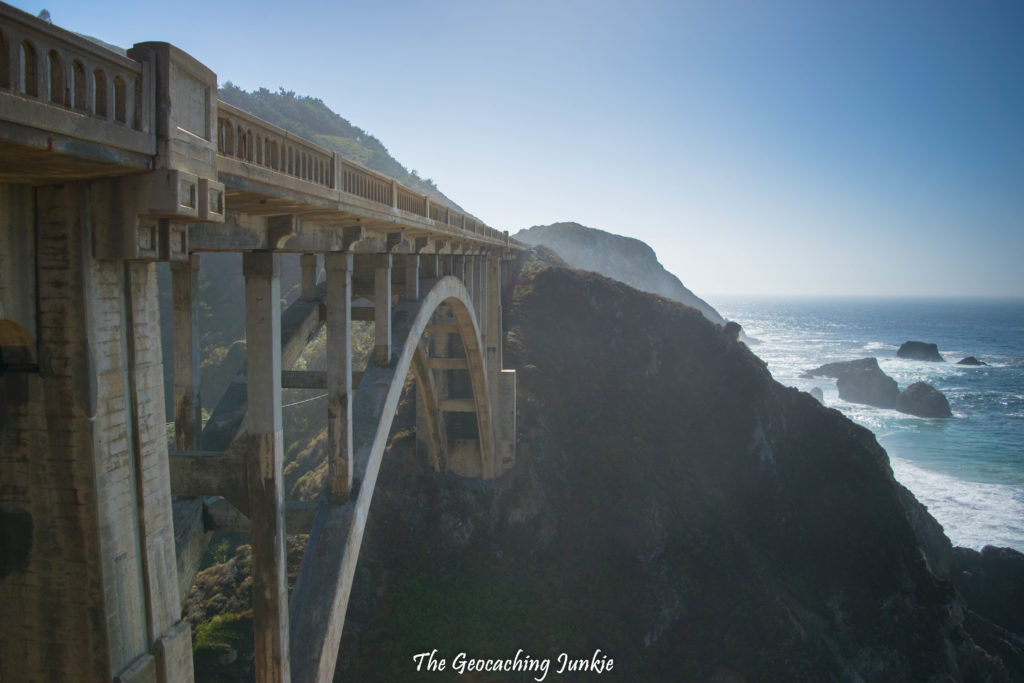 There is plenty of room to pull in and get closer to the bridge. You are more or less standing on a cliff edge though, and the waves crashing against the jagged rocks below is enough to make anybody’s legs turn to jelly.

We booked a hotel in San Simeon for our stopover on the way to L.A., simply because it was pretty much halfway between the two points we were travelling. Several people insisted we had to visit Hearst Castle when we were there. I have to admit, I had never heard of it, so I did a little bit of research. I agreed: we definitely had to go. 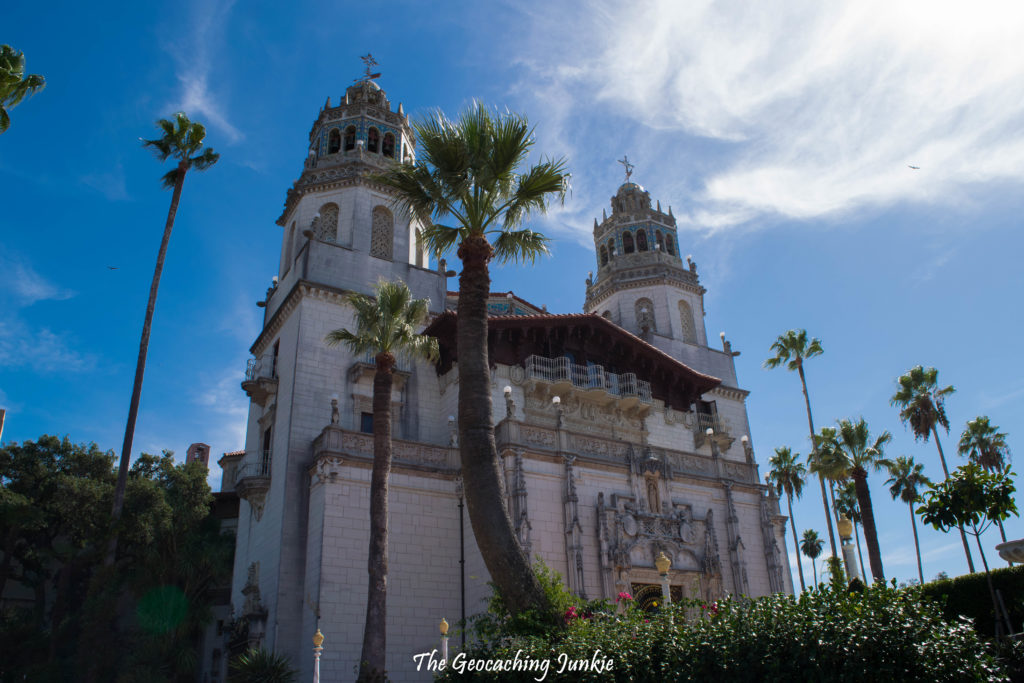 Hearst Castle lived up to the high expectations people had set for us. It was a surreal experience. It’s less a castle and more a huge, opulent mansion with 56 bedrooms, 61 bathrooms, 19 sitting rooms, an indoor and outdoor swimming pool and even a movie theatre.

Our journey to Hearst Castle started at the visitor centre, where there is a gift shop, restaurant and coffee bar. We then queued up to board a mini bus to take us to La Cuesta Encantada (‘The Enchanted Hill’). The road is winding and narrow, and the bus feels almost too wide to make it around some of the sharp corners. The views, however, are absolutely breathtaking.

Media mogul William Randolph Hearst inherited the land from his parents and had fond memories of the location from his childhood, when his father used to take him camping up on the hilltop of the rugged landscape. When his mother passed away in 1919, Hearst decided he wanted to build a modest house on the land:

I get tired of going up there and camping in tents. I’m getting a little too old for that. I’d like to get something that would be a little more comfortable.

In collaboration with architect Julia Morgan, Hearst’s plans for a humble dwelling soon spiralled. The result, after many years of planning and construction, is one of the most astounding buildings I have ever visited.

Our tour guide enquired whether we had seen any zebras on our way to the castle, which puzzled me at first. She explained that the private zoo at Hearst Castle once housed over a variety of caged animals, including grizzly bears, lions, tigers and an elephant. In addition, herds of animals such as zebras roamed in larger enclosures. Descendants of those same zebras still roam the lands at San Simeon, mingling with the cattle. I was dubious about her claims but indeed we did see them from afar when we were leaving. 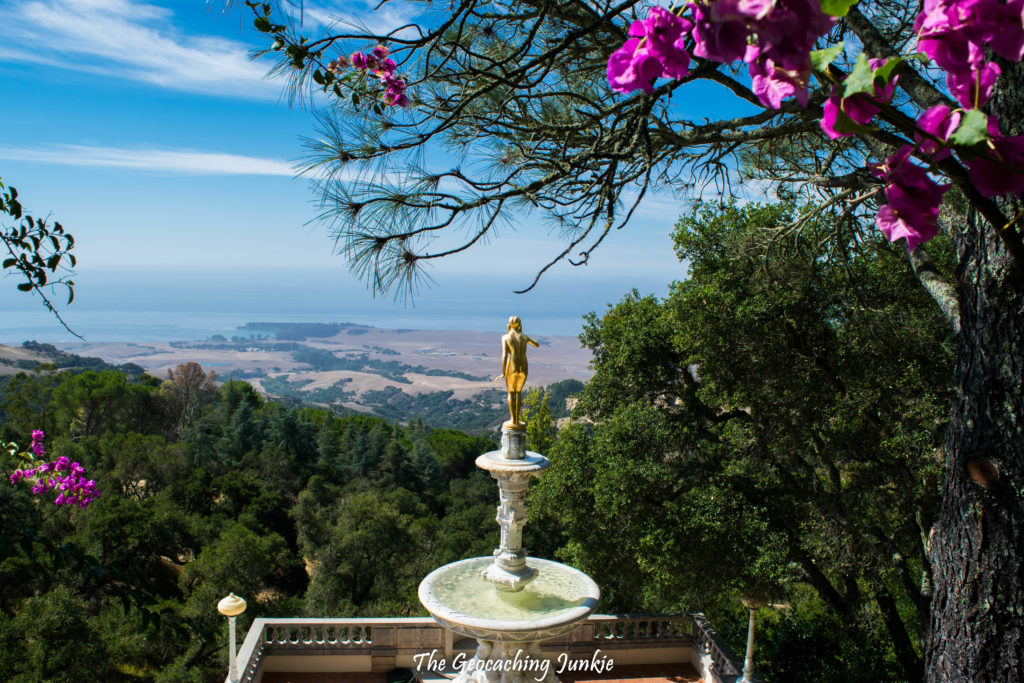 The place God would’ve built if he had the money.

The Enchanted Hill, as Hearst liked to call it, really is like a different world. It’s like a museum and hard to imagine it was once someone’s home. Hearst was an enthusiastic art collector and his impressive collection is dotted all around the buildings and gardens. 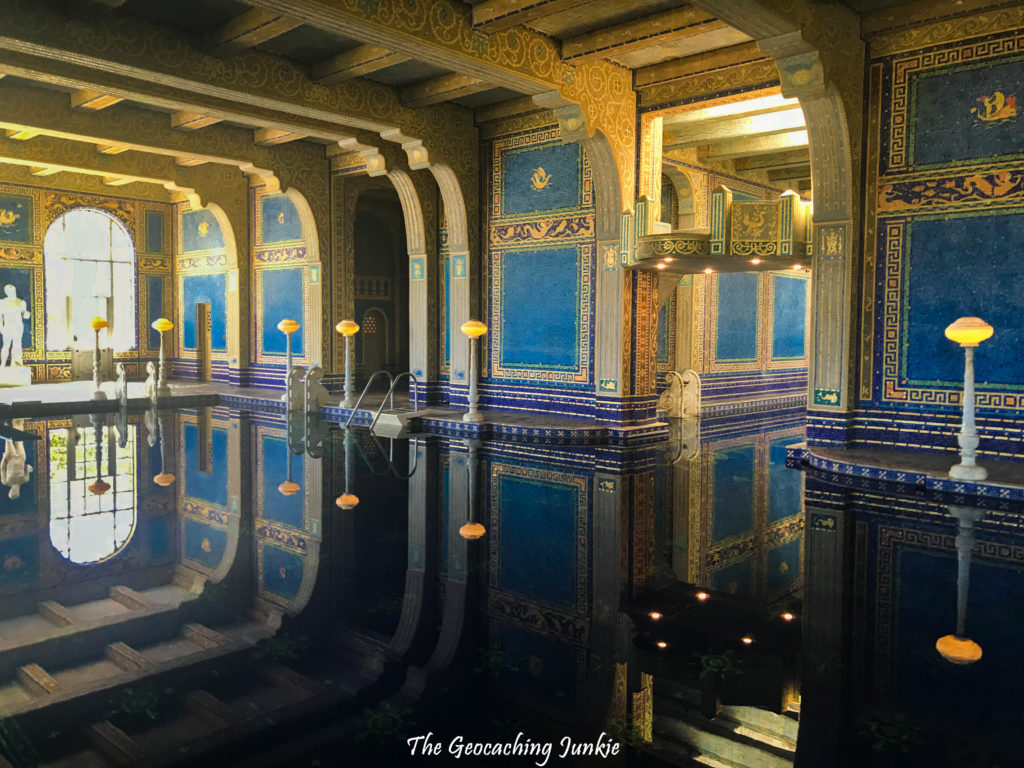 We did the Grand Rooms Tour, which is the recommended tour for first time visitors. It cost $25 per adult and lasted 60 minutes. Afterwards, we could explore the gardens at our own pace. There are several other tours, and you can stack them all together and easily spend the entire day in this other world.

I usually get over-excited when I see just ONE seal offshore in Ireland, so you can imagine my absolute delight when I feasted my eyes on a beach full of them! The Piedras Blancas Elephant Seal Rookery stretches for 6 miles along the coast below Hearst Castle. 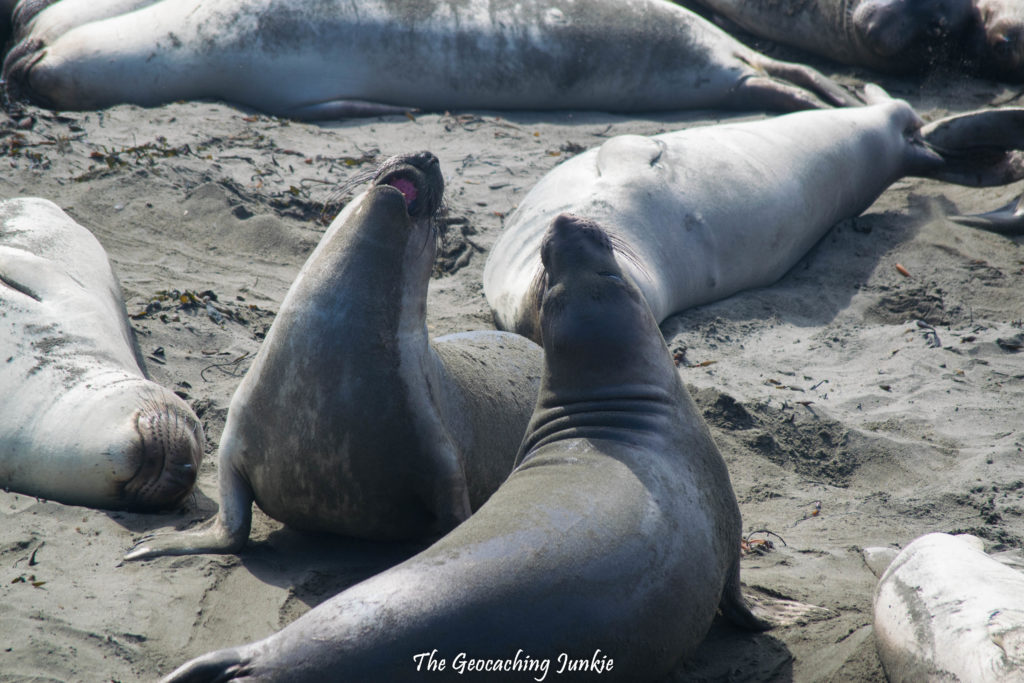 In 1990, two dozen elephant seals were spotted along the coast here. Now, more than 17,000 seals call this stretch of coastline home. We visited in October, which is the end of the seal ‘calendar cycle’, when the third population peak happens on the beach. The sand was covered in a blanket of snoozing seals. 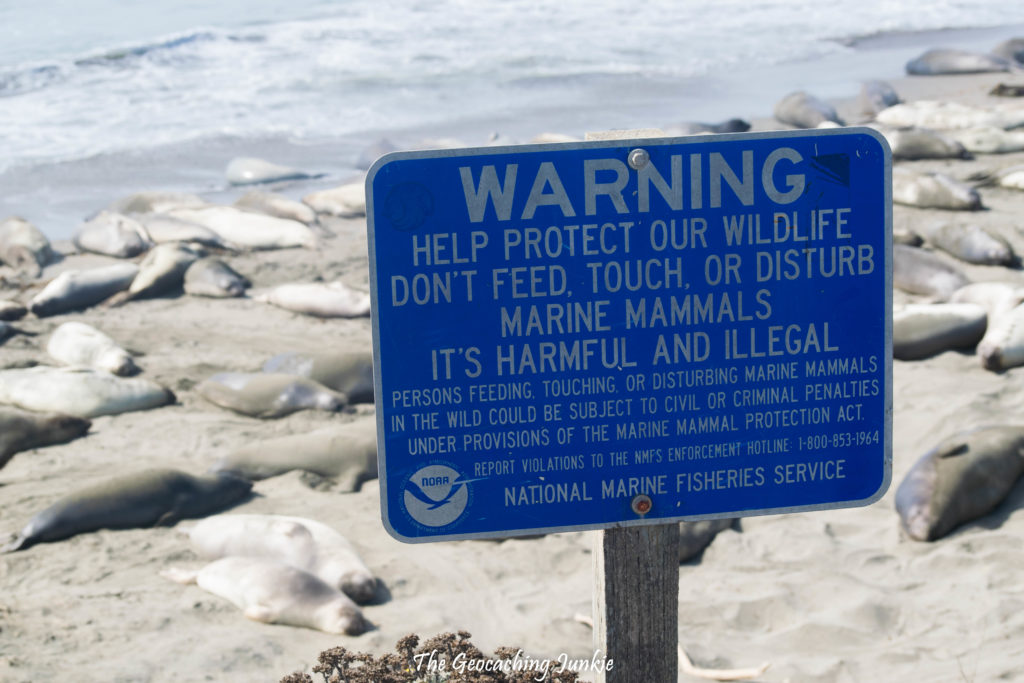 The viewing area just north of Hearst Castle has plenty of parking and is free to visit. Although you’re behind fencing on the bluff, you’re still very near to the amazing creatures. I could have spent hours watching the seals playing by the water and I easily took hundreds of photographs.

There is much more to the Pacific Coast Highway than we managed to experience. Although part of our trip was rerouted inland due to road closures, I can still say it’s one of the most epic road trips we’ve been on! I would do it again in a heartbeat.

What epic road trips have you been on?