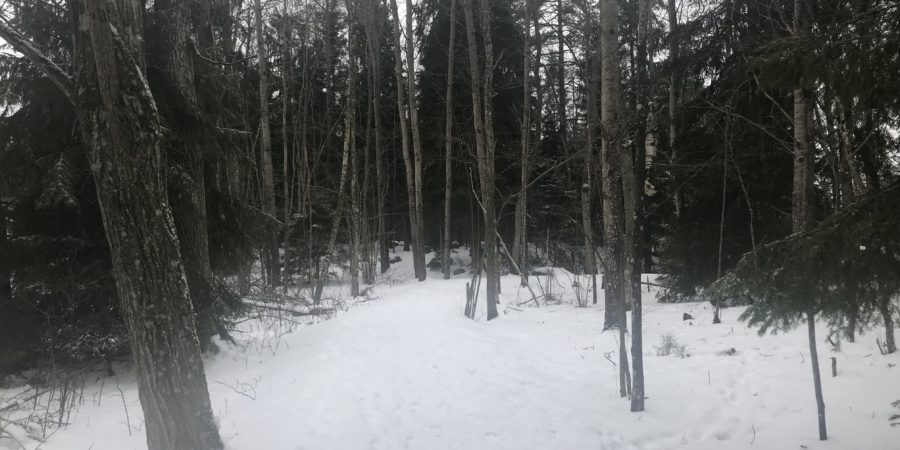 My Christmas 2017 present from my muggle husband was a weekend trip to Stockholm. For anybody, this is a pretty nice gift, but for me, it meant more than two days sampling the delights of the Swedish capital: it meant finding the last cache I needed to finish the Jasmer challenge. So on Saturday 10th March, we flew out from Dublin to a cold and snowy Stockholm. By the time we got to our hotel, it was already dark so we took a little walk around the old town, marvelled at the sheets of ice floating down Lilla Värtan and sampled some of the local cuisine. 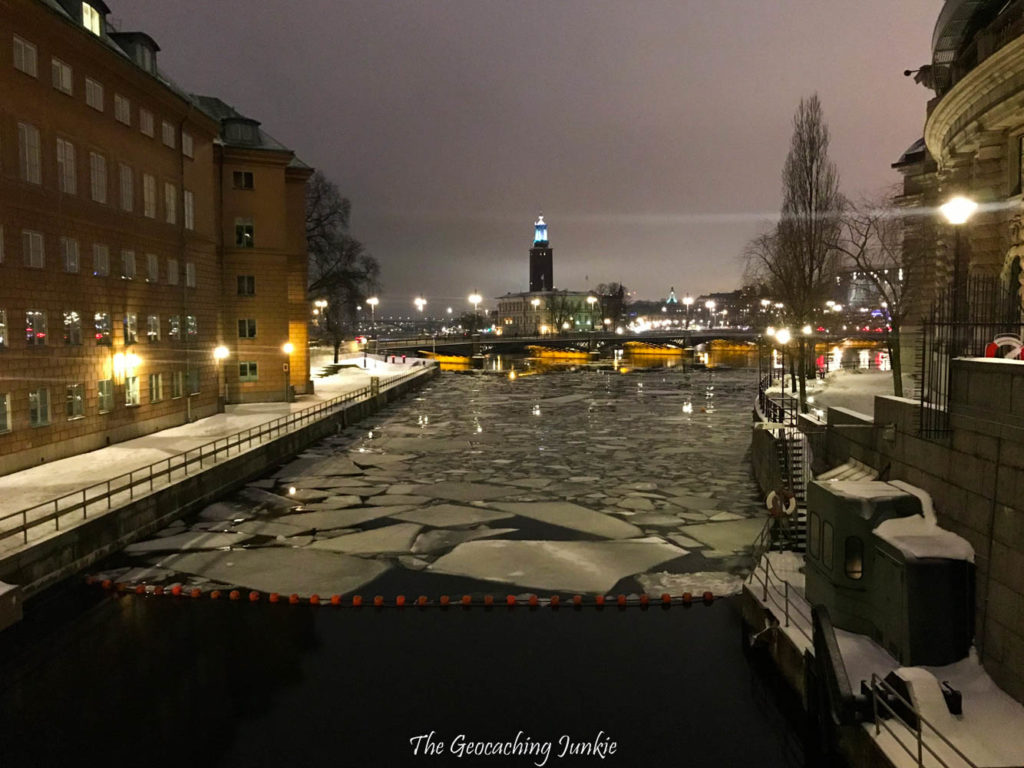 Sunday was THE DAY. I booked a rental car to take us the short distance to a woodland in Sätra, a suburb of Stockholm. I almost always book the smallest car size because 1) it’s big enough for two of us, and 2) I don’t feel as nervous driving a small car on the ‘wrong side’ of the road! The lady at the desk informed us she had an upgrade for us: a Range Rover. I just laughed. I could barely pull my 5 foot 4 inch self up on to the driver’s seat, but eventually I got used to it and luckily, the roads weren’t narrow. 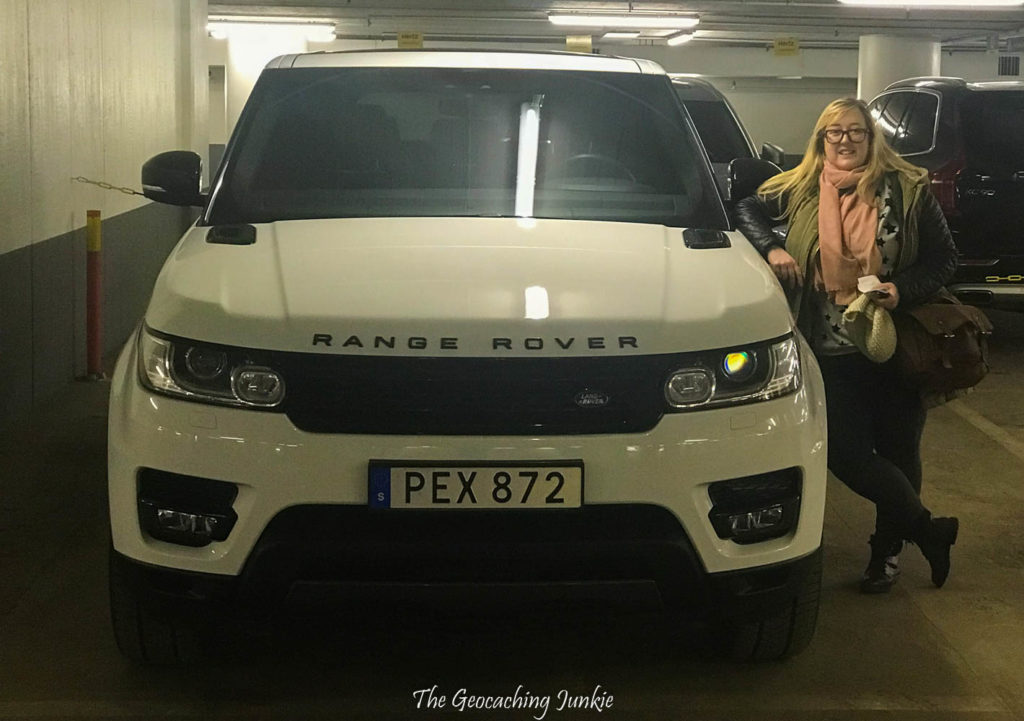 After a short journey, we were soon parked up at the nearby riding school and starting the walk to GZ, along a forest trail covered in a fresh blanket of snow. It was a winter wonderland! 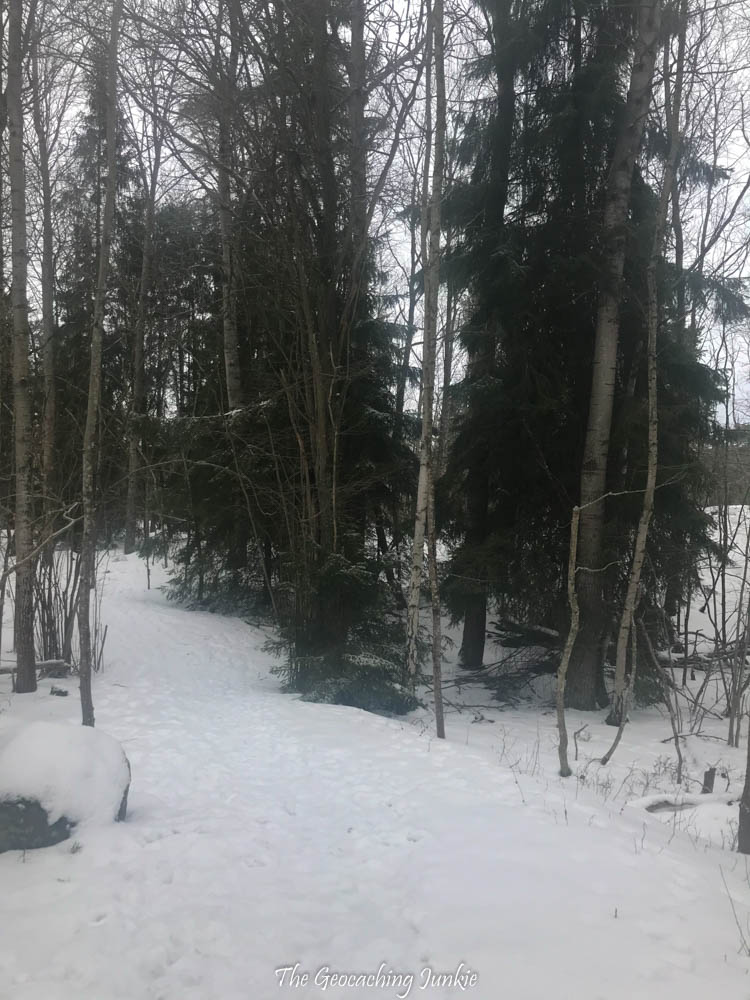 Once we got to within 40 metres, we walked around in circles a bit trying to get the numbers lower, until I realised we needed to go up. The cache page does state “brief off-path steep walking required.” I tried to get up but the snow had made it quite slippery. Now normally, this wouldn’t put me off, but it wasn’t just myself I was attempting to haul up the snow-covered rocks: I was 15 weeks pregnant. After a little slip, my husband and I agreed it was better for me to remain on terra firma while he went to look. 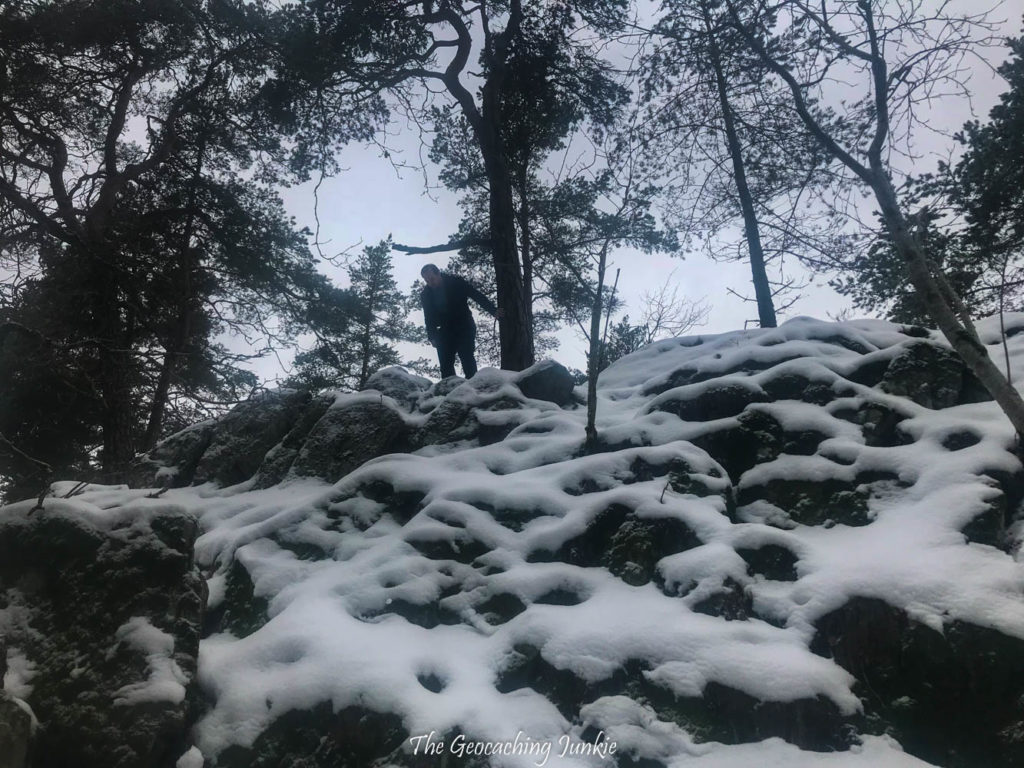 He may be a muggle, but he is no stranger to geocache hunting – and finding! I was confident that armed with my instruction, his history of helping me find caches and the spoiler picture, he would have no issue making the find. He found the spot soon enough and having lined it up with the spoiler picture, we were 100% sure he was in the correct place (this was later confirmed by the cache owner).

But he found nothing. Nada. Zilch. Inget. He moved all the snow from the rocks, but the base of them were frozen solid. He even got a nasty gash on his leg scrambling around. After an hour, we had to call it. I’ll admit that I had a little cry. I’m blaming the pregnancy hormones! It’s a long way to go to find one specific cache – one referred to as an ‘easy find’ in the description – and come away empty-handed. 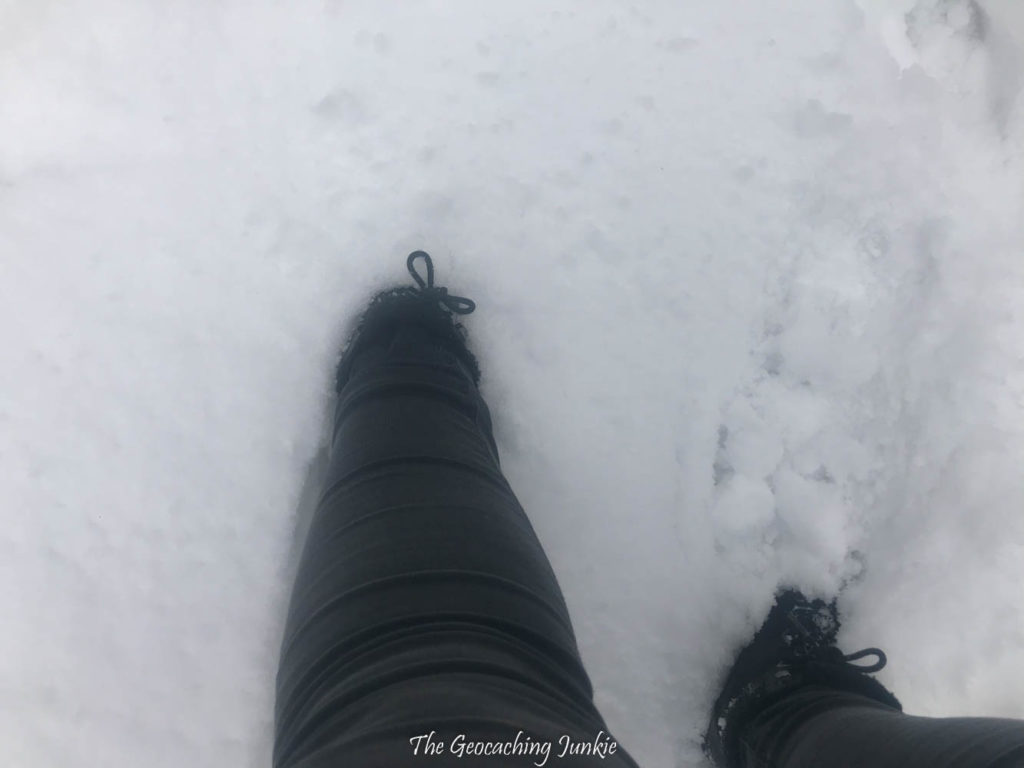 Could it be missing? I contacted the CO and he confirmed we were in the right spot. He even kindly said I could log it on that basis. But then the next day, someone logged a find. It was there. I am still completely baffled at HOW we didn’t see it if it was there. We still had a lovely weekend in Stockholm (I will write more about that in a future blog post), but not finding GC4D did put a little dampener on it. We decided to put a positive spin on it and resolve that we would just have to go back again – although, definitely in summer and more than likely with a toddler in tow. 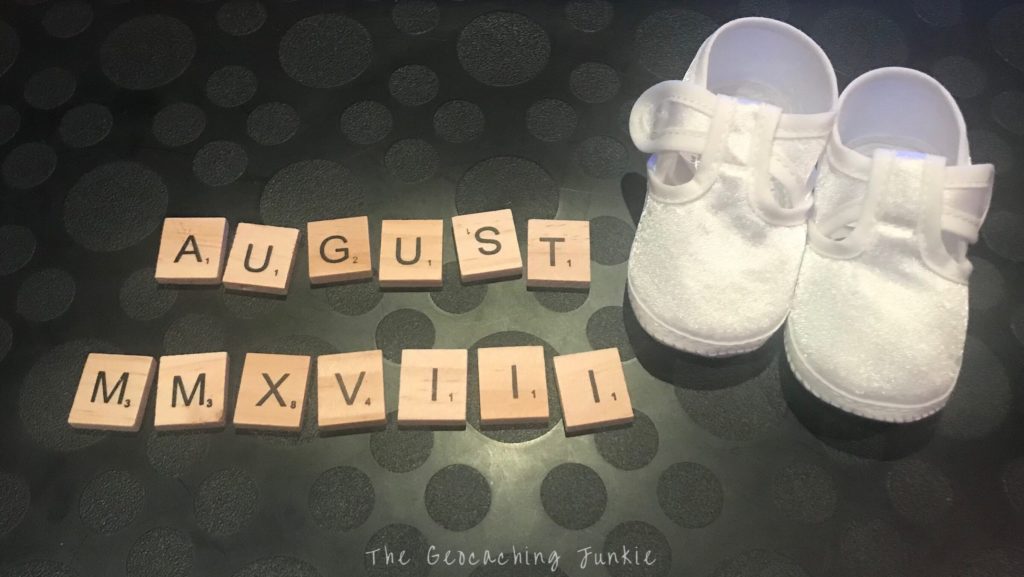 I have waited a while to write this post, partly because I didn’t want to announce my pregnancy so publicly, so early, but also because there was admittedly a touch of embarrassment about not finding a cache that seems to never get any DNFs. I could have logged it. I had the CO’s permission, but I don’t think I would ever feel right about finishing the Jasmer Challenge that way.

If there’s a lesson to be learned from this, I guess it’s that there is no shame in not finding a cache, even when you go to a heck of a lot of trouble to find it. At the end of the day, it’s a story to tell and isn’t that what geocaching is all about anyway?

7 thoughts on “We Need to Talk About The Time I Travelled over 2,000 km to finish my Jasmer Grid…. and DNFed | The Geocaching Junkie”